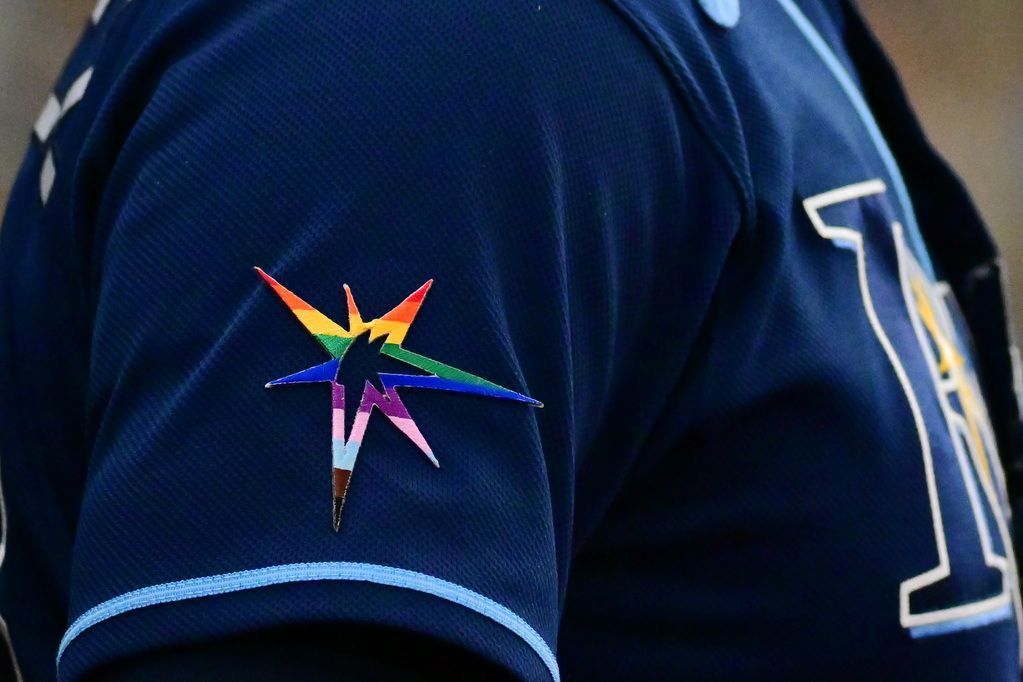 ST. PETERSBURG, Fla. — A number of Tampa Bay Rays players decided not to wear rainbow-colored logos on their uniforms as part of the team’s annual “Pride Night” on Saturday that recognized the LGBTQ community.

Rays manager Kevin Cash addressed it after Sunday’s game, saying he doesn’t think it’ll negatively impact the clubhouse because discussions among the players over past few weeks were constructive and emphasized the value of differing perspectives.

“First and foremost, I think the organization has done a really good thing to have Pride Night’s supporting our gay community to come out and have a nice night at the ballpark,” Cash said. “Impressed that our players have had those conversions and we want to support our players that choose to wear or choose not to wear to the best of our capabilities.”

Among players who elected to remove the logos were pitchers Jason Adam, Jalen Beeks, Brooks Raley, Jeffrey Springs and Ryan Thompson, according to the Tampa Bay Times. Adam was elected to speak for the group after the game, saying it was a “faith-based decision” for many of them.

“So it’s a hard decision,” Adam told the Tampa Bay Times. “Because ultimately we all said what we want is them to know that all are welcome and loved here. But when we put it on our bodies, I think a lot of guys decided that it’s just a lifestyle that maybe — not that they look down on anybody or think differently — it’s just that maybe we don’t want to encourage it if we believe in Jesus, who’s encouraged us to live a lifestyle that would abstain from that behavior.

“… It’s not judgmental. It’s not looking down. It’s just what we believe the lifestyle he’s encouraged us to live, for our good, not to withhold. But again, we love these men and women, we care about them, and we want them to feel safe and welcome here.”

Earlier this year, Florida legislators passed a law, which Gov. Ron DeSantis signed, that forbids classroom instruction on sexual orientation and gender identity in kindergarten through third grade. Critics argue that the law’s true intent is to marginalize LGBTQ people and their families.

Members of the LGBTQ community took part in pregame activities and mini LGBTQ flags were given out to fans.

“It’s one of those things, my parents taught me to love everyone as they are, go live your life, whatever your preferences are, go be you,” centerfielder Kevin Kiermaier, who wore the rainbow logos, told the Times. “I can’t speak for everyone who’s in here, obviously, but this is a family-friendly environment here at a big-league ball field.

“… We just want everyone to feel welcomed and included and cheer us on. No matter what your views on anything are.”

Saturday’s attendance was 19,452, above the season average of 16,868. The turnout for Sunday’s series finale against the Chicago White Sox was 11,162.

The Associated Press contributed to this story.