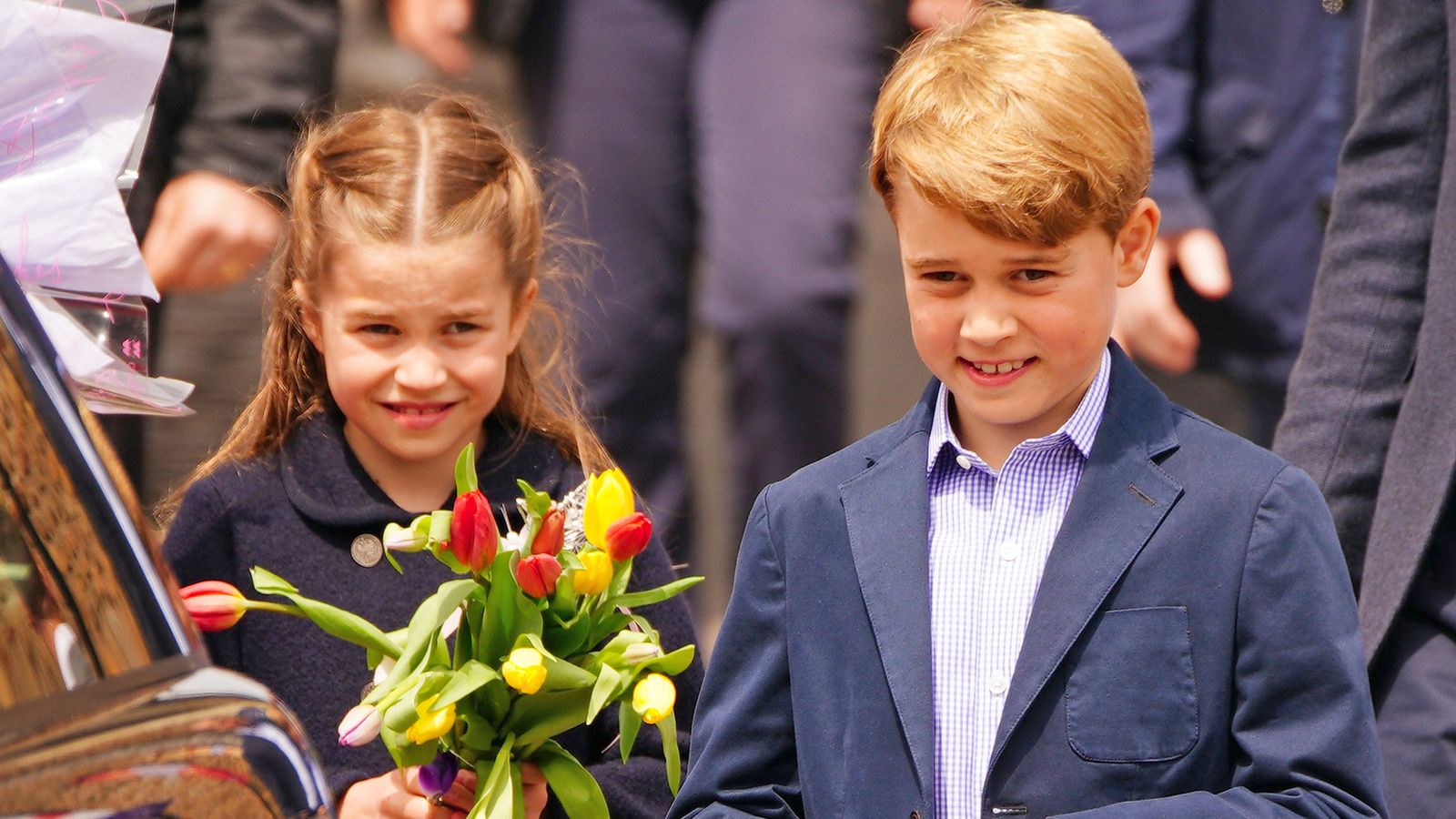 Prince George and Princess Charlotte have made a surprise visit to Wales as part of the Jubilee celebrations.

The royal youngsters joined their parents the Duke and Duchess of Cambridge to meet entertainers staging a show in honour of the Queen at Cardiff Castle.

The Cambridges were set to learn about the lighting, sound, and visual effects for the show, watch rehearsals and meet the hosts, Aled Jones and Shan Cothi.

Missing was four-year-old Prince Louis, who stole the show as he pulled faces and covered his ears when he appeared on Buckingham Palace’s balcony after the Trooping the Colour ceremony on Thursday.

It comes ahead of the star-studded Jubilee concert at Buckingham Palace where Prince Charles and Prince William are expected to address the crowds.

The Queen is unlikely to attend the event herself after it was announced she will be missing Derby Day at Epsom Downs racecourse on Saturday.

The 96-year-old is a huge horse-racing fan but will skip the 243rd running of the Derby because of “episodic mobility problems” which also forced her to miss Friday’s thanksgiving service at St Paul’s Cathedral.

She is likely to watch the racing event on television at Windsor Castle while the Princess Royal has arrived at the track in her place.

The track intends to honour the monarch with 40 jockeys who have ridden for the owner-breeder donning the royal silks to form a guard of honour, while a number of her former racehorses will parade.

It will see the return of rock band Queen, whose guitarist Brian May performed on the roof of Buckingham Palace for the previous Party at the Palace in 2002. They will be accompanied by singer Adam Lambert.

Set on three stages in front of the palace, the show is due to go on for two and a half hours and will be closed by a performance by soul legend Diana Ross.

The evening will also highlight global themes that have emerged or evolved during the Queen’s reign including British and Commonwealth contributions in the fields of fashion, sport, the environment and pop music.

‘May the Force be with you’: PM ‘sad’ as Javid to step down at next general election
‘So relieved’: Ex-wife of Oath Keepers founder reacts to verdict
European Union officials set Russian oil price cap at $60 a barrel
Tory leadership: Final four candidates
Giroud and Mbappe both break records as France reach World Cup quarters