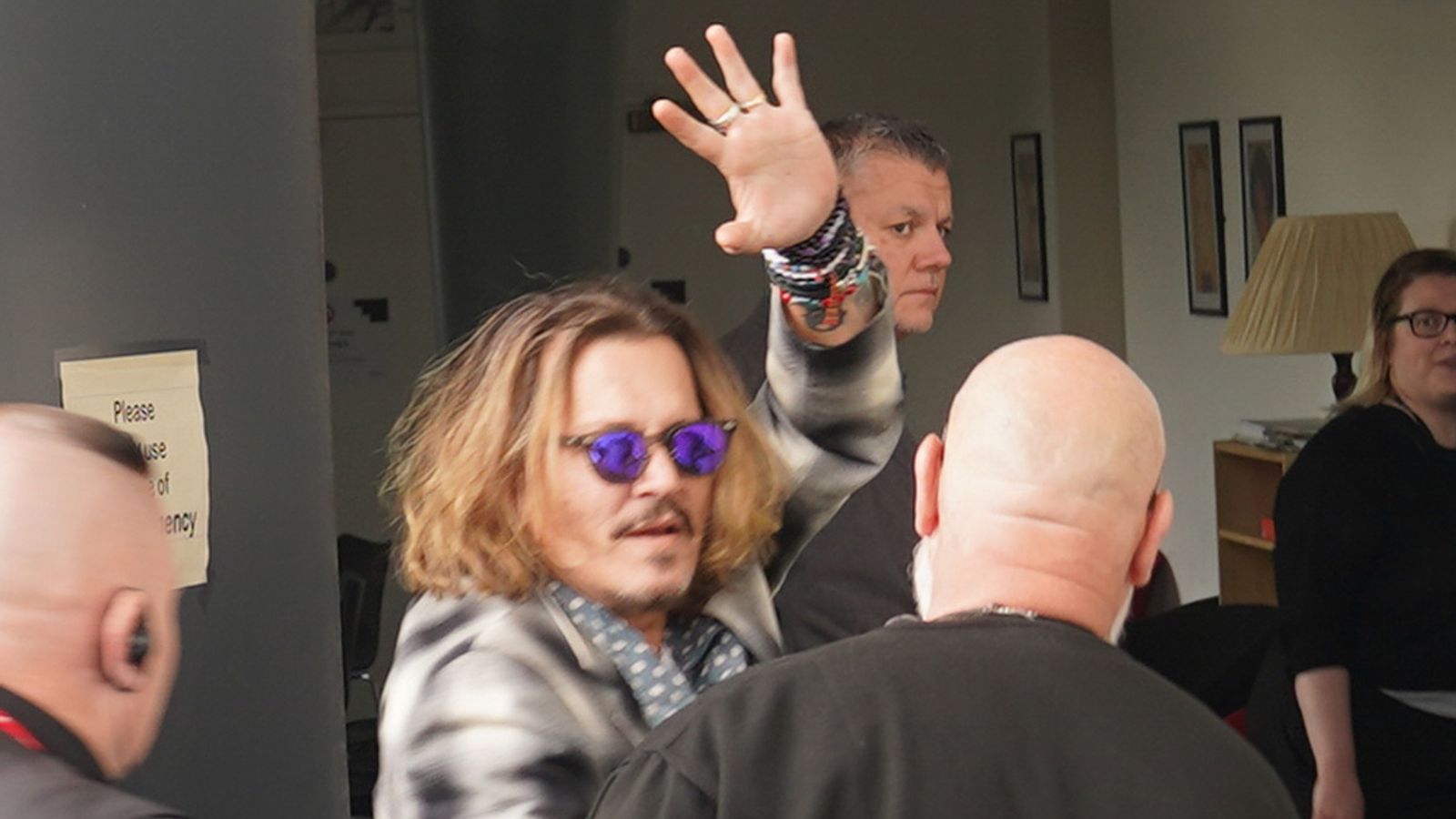 Johnny Depp has been mobbed by fans in Glasgow after a week of performances following his victory in a US defamation lawsuit.

The Pirates Of The Caribbean star performed with Jeff Beck for the fifth time this week, after concerts in Sheffield, London, and Gateshead.

On Friday night he played at Glasgow’s Royal Concert Hall and was seen waving to cheering crowds as he left for the night.

Earlier on Friday he had been pictured cuddling a badger at a rescue centre in Tunbridge Wells, Kent.

It comes after he won a defamation case against his ex-wife Amber Heard over a 2018 Washington Post article in which she claimed she had experienced years of violent abuse.

Depp was awarded $15m in damages, capped to $10.35m as a result of legal limits, but made to pay $2m of it to Heard after she won one of her counter lawsuits.

The case was heard in Fairfax County, Virginia, and lasted six weeks.

Depp was not in court to hear the jury rule in his favour and was instead spotted at a pub in Newcastle just before the verdict was read out.

Heard will appeal the outcome.