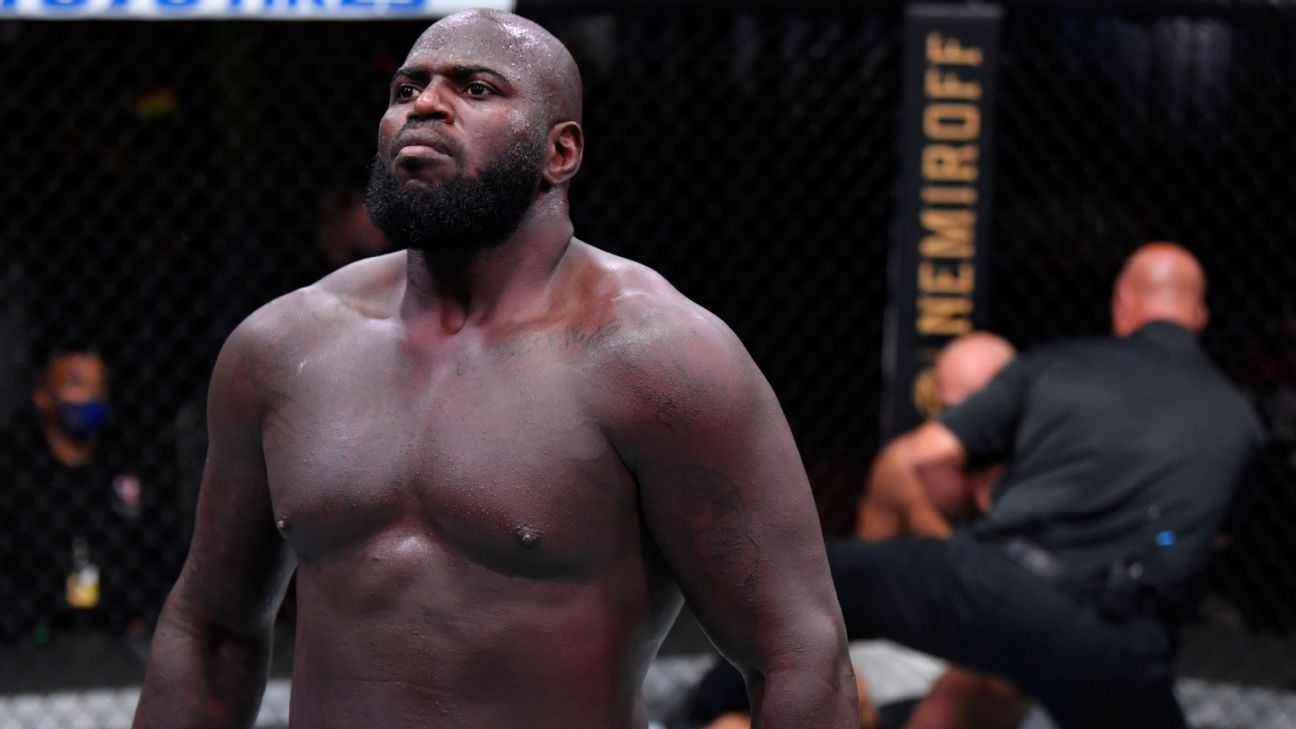 Less than 2½ years ago, Jairzinho Rozenstruik was an undefeated UFC heavyweight on the rise. At that same time, Alexander Volkov was on a hot run during which he won seven of eight fights.

Since then, both have lost several bouts against the division’s top contenders. They each are coming off a defeat.

But Volkov and Rozenstruik are still in the top-10, and they meet on Saturday in the main event of a matinee UFC Fight Night in Las Vegas, with the winner solidifying his spot in the heavyweight hierarchy.

Heavyweight contenders Alexander Volkov and Jairzinho Rozenstruik meet on Saturday to solidify a spot in the UFC’s top 10.

Volkov (34-10) has dropped two of his last three fights, most recently a submission at the hands of Tom Aspinall in March. The Russian is No. 8 in the ESPN heavyweight rankings.

The 10th-ranked Rozenstruik (12-3), who also has lost two of his last three, last fought in September, when he lost a unanimous decision to Curtis Blaydes.

Saturday’s fights at the UFC Apex are on ESPN+, with the main card at 4 p.m. ET and prelims at 1.

How to watch the fights

Stream the fights on ESPN+: Download the ESPN App

Don’t have ESPN+? Get it here.

“This should be an interesting fight between two methodical strikers who each possess KO power and are hard to finish. … Rozenstruik should have the power advantage here; however, due to his counterstrike style, I don’t expect him to throw too much early on, as he will be extremely cautious of the potential takedown attempts of Volkov. … Volkov tends to throw a good amount of volume, but will be hesitant to engage due to the power of Rozenstruik.”

For Parker’s main event pick and advice for betting other fights on Saturday’s card, check out the ESPN+ expert picks and best bets article, published on Thursday. It also features analysis by Erick Nicksick, coach at Xtreme Couture, and betting expert Reed Kuhn.