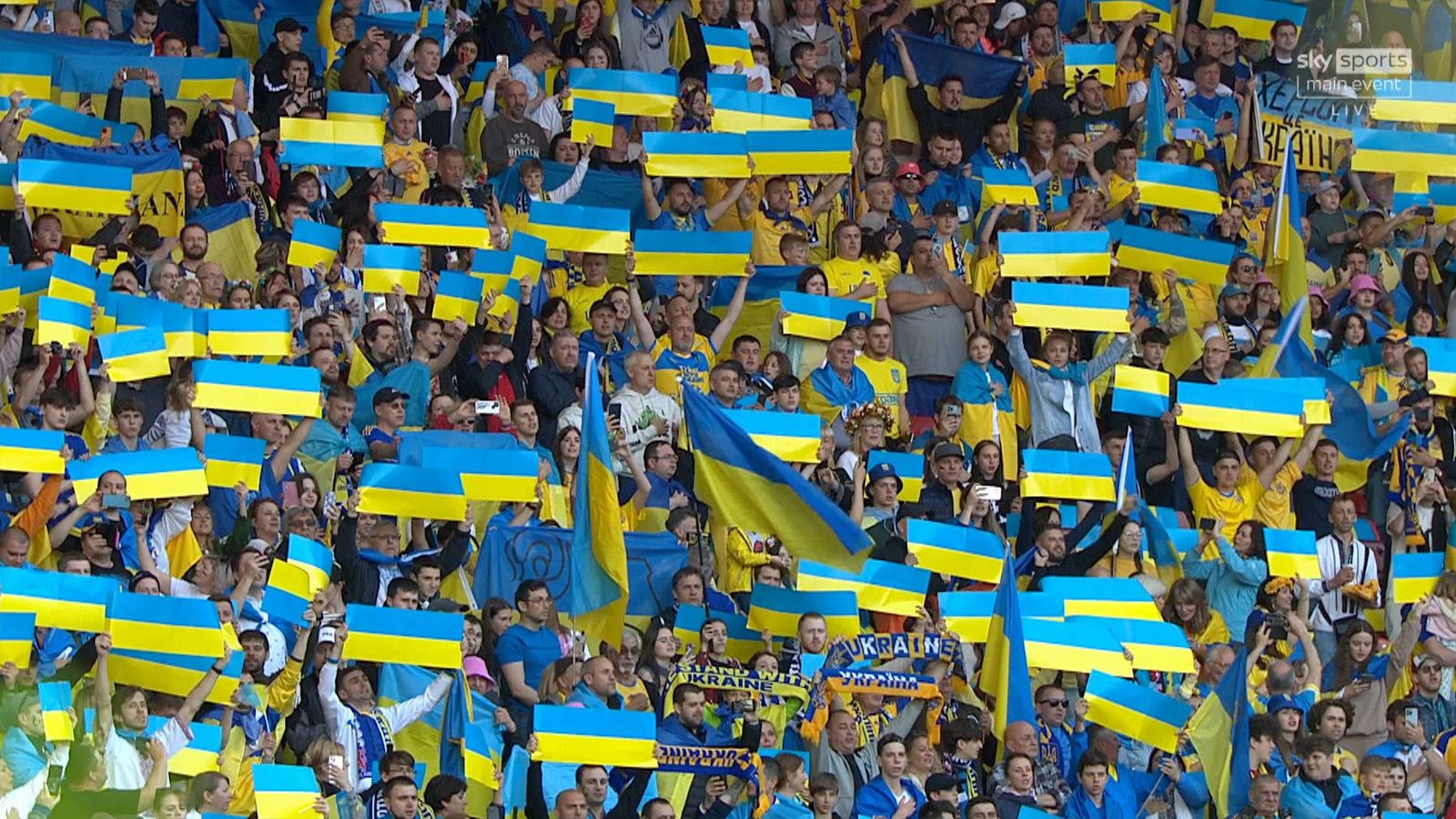 The Tartan Army applauded Ukraine’s supporters as they filed out of Hampden.

Win or lose, no-one here was forgetting the bigger picture.

Earlier in the day, thoughts of the war weren’t far as the yellow and blue travelling support made its way to Scotland’s national stadium.

This was a road trip for the vast majority of Ukraine’s followers, with flights from home not an option.

Coaches brought supporters – many of them refugees – from as far as London.

I travelled on board a bus organised by Edinburgh’s Ukrainian Club. Among those making the trip were recent arrivals in Scotland.

Natalya told me she wasn’t a football fan, and this was only the second match she had attended, but that “this is part of my country for me”.

What Ukrainians thought of the game

It was an occasion for Ukrainians to come together and share a nation’s focus and pride.

Ninety minutes of football also provided a brief window on life as they knew it. The enjoyment of entertainment in safety – how long has it been?

The match also provided profile. A point made by more than one of the refugees on board the football bus was that they feared the world would forget about the plight of Ukraine.

They hoped that a World Cup qualifier with global attention (the international media were all over this fixture) would help keep their struggle in the headlines.

Their players duly delivered and, with the job done at Hampden, they now have a job to do against Wales at the weekend.

I asked a flag-waving Ukrainian supporter leaving Hampden what he thought of the game. He answered: “The fight goes on.”

Ukraine’s World Cup challenge captivated its citizens briefly, and it will again.

But the fight matters more.