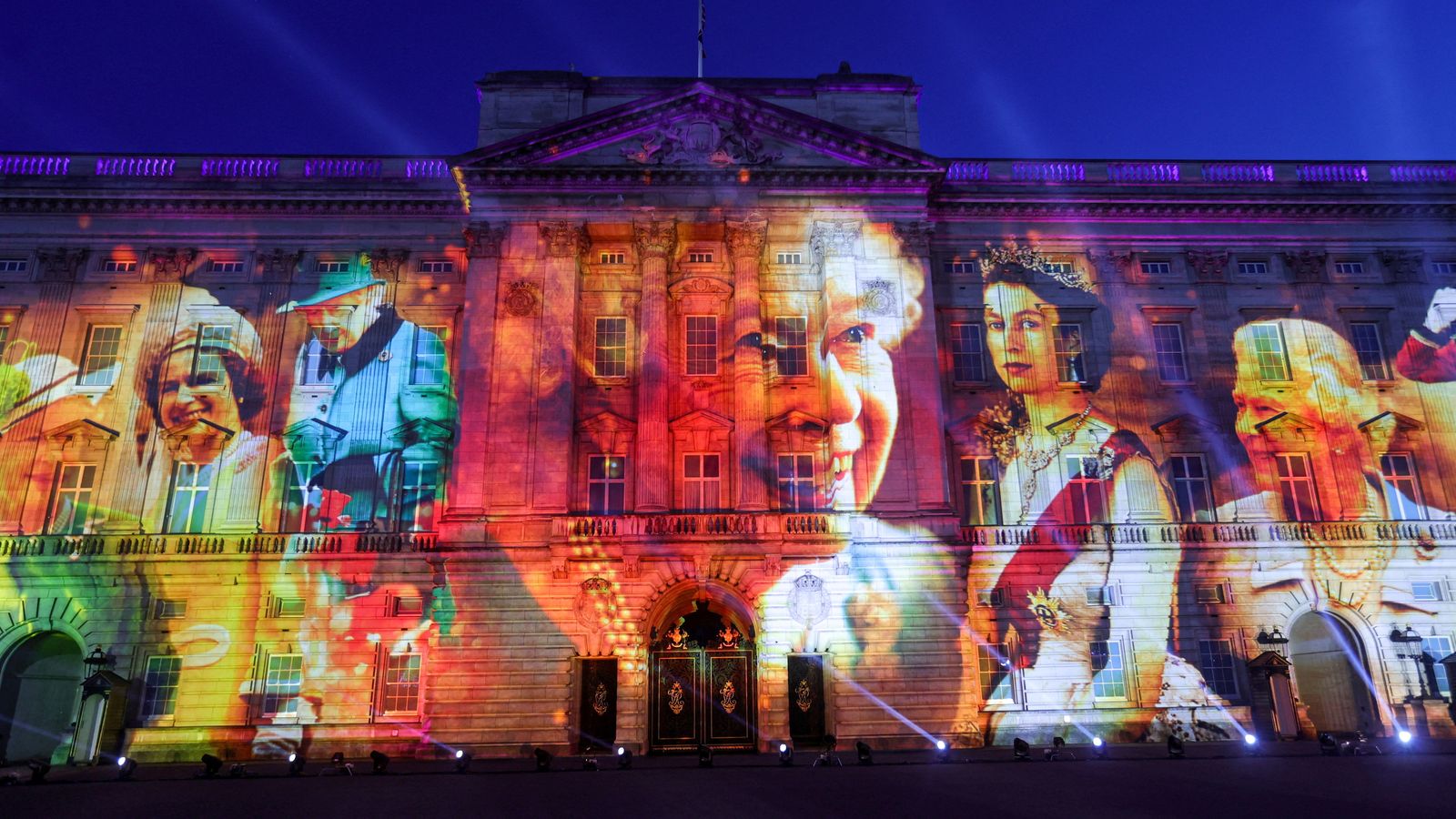 St Paul’s Cathedral is the focus of Jubilee celebrations later when it hosts a service of thanksgiving for the Queen – but the monarch has decided to withdraw from the event.

It comes after she experienced “some discomfort” during Thursday’s events.

A Palace statement said that “taking into account the journey and activity required to participate… Her Majesty with great reluctance has concluded that she will not attend”.

However, Prince Charles and Camilla, the Duke and Duchess of Cambridge, and Prince Harry and Meghan are among those attending.

Prince Andrew was also supposed to be there but withdrew due to COVID.

More than 400 people such as key workers, charity volunteers and armed forces members will be at the cathedral in recognition of their contribution to public life.

Boris Johnson will read from the Bible and members of the Cabinet are among the guests, as is Labour leader Sir Keir Starmer, former prime ministers and first ministers of the devolved administrations.

In The Bidding, the Dean of St Paul’s will offer “thanks and praise for the reign of Her Majesty the Queen and especially for her 70 years of faithful and dedicated service”.

There is a reception at the Guildhall afterwards, featuring a new anthem by Master of the Queen’s Music Judith Weir. Several royals are also due to attend.

Friday is the quietest day for official events of the four-day celebration.

On Thursday, the Queen appeared twice – alongside the rest of her family on the Buckingham Palace balcony for a flypast, and then in Windsor to trigger the lighting of the main jubilee beacon.

There was also the spectacle of Trooping the Colour to kick things off in the morning.

Saturday sees one of the most anticipated events – the Jubilee concert outside the Palace, with the likes of Alicia Keys and Diana Ross performing.

The Queen was also expected to attend Derby Day at Epsom Downs racecourse in Surrey.

Jubilee festivities wrap up on Sunday afternoon with a huge pageant in London featuring 10,000 volunteers, dancers, musicians and members of the military.

What to know for NFL Week 13: Score picks, bold predictions, fantasy tips, key stats for every game
UK ‘is already in a recession which is expected to last into next year’
Crushing defeat for Rishi Sunak is an ominous sign for despondent ‘Red Wall’ Tories
Giroud and Mbappe both break records as France reach World Cup quarters
Jake Tapper: Trump focused on rewarding loyalists