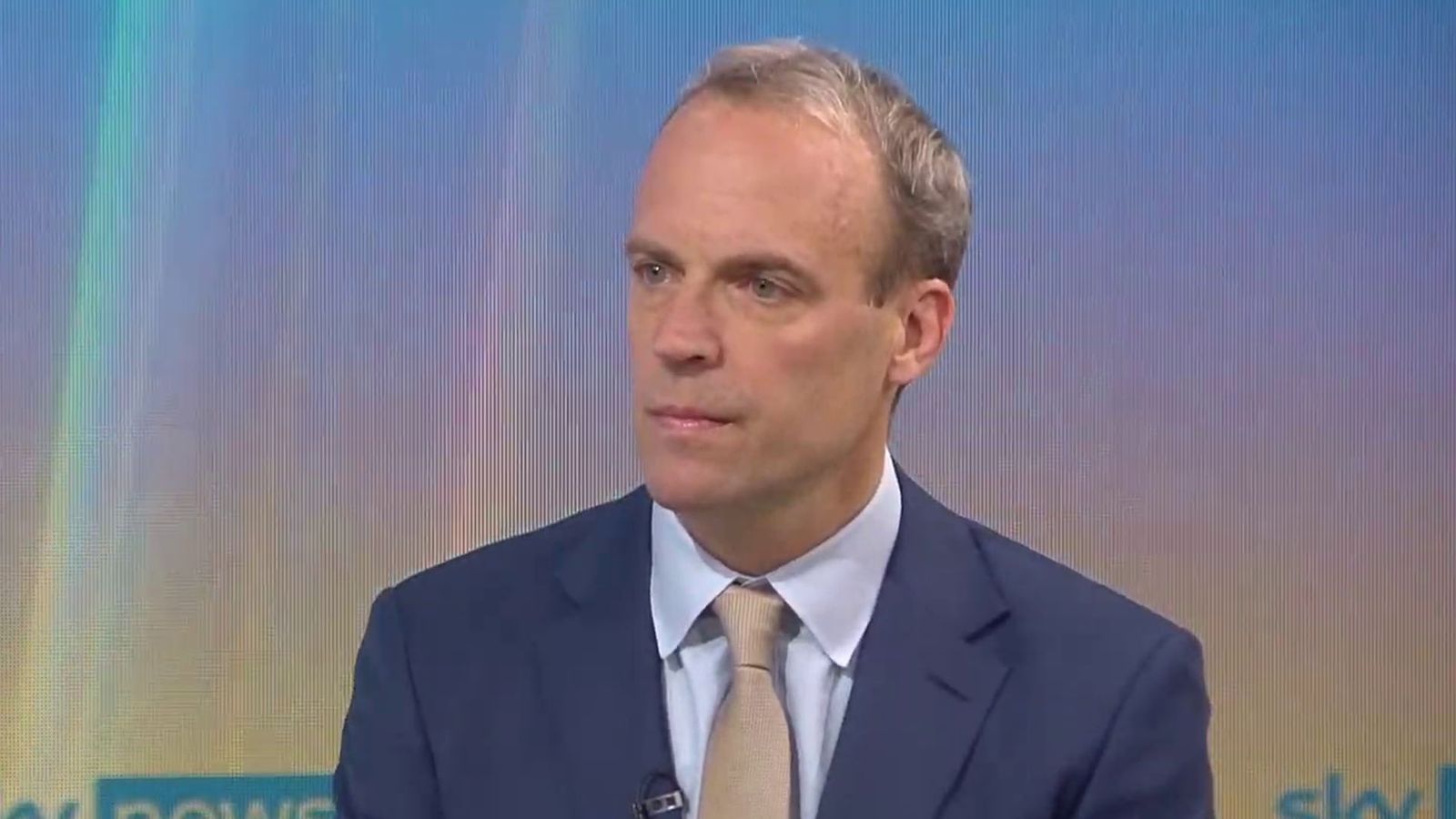 The deputy prime minister has insisted there will not be a Boris Johnson leadership vote next week, saying the “Westminster bubble whips this stuff up”.

Dominic Raab downplayed any threat to Mr Johnson’s premiership as the number of Conservative MPs publicly calling for him to go reached 41 in the wake of the Sue Gray report on lockdown-breaking parties in Number 10 and Whitehall.

“It does feel like a lot of commentary building up this issue when actually, when I talk to MPs and across the House of Commons on the issues I’m taking forward… they want to see us driving forward that agenda.

“To be honest, votes of no confidence, leadership contests, all of that is yet more of Westminster talking to itself, not talking to the public, our constituents and the vast majority of MPs respect, recognise and agree with that.”

John Stephenson became the 28th MP to call for Mr Johnson to go and revealed on Tuesday he had submitted a letter of no confidence in the PM to Sir Graham Brady, chair of the 1922 Committee of Conservative backbenchers.

A total of 54 letters – 15% of Tory MPs – needs to be handed over to trigger a leadership vote, with only Sir Graham knowing how many letters have been submitted.

Currently, the number of MPs who have publicly revealed they have handed in a letter has not reached that threshold but more may have done privately, as happened with Theresa May in 2018 when only 24 MPs publicly said they had handed a letter in but more than the 48 needed then had been.