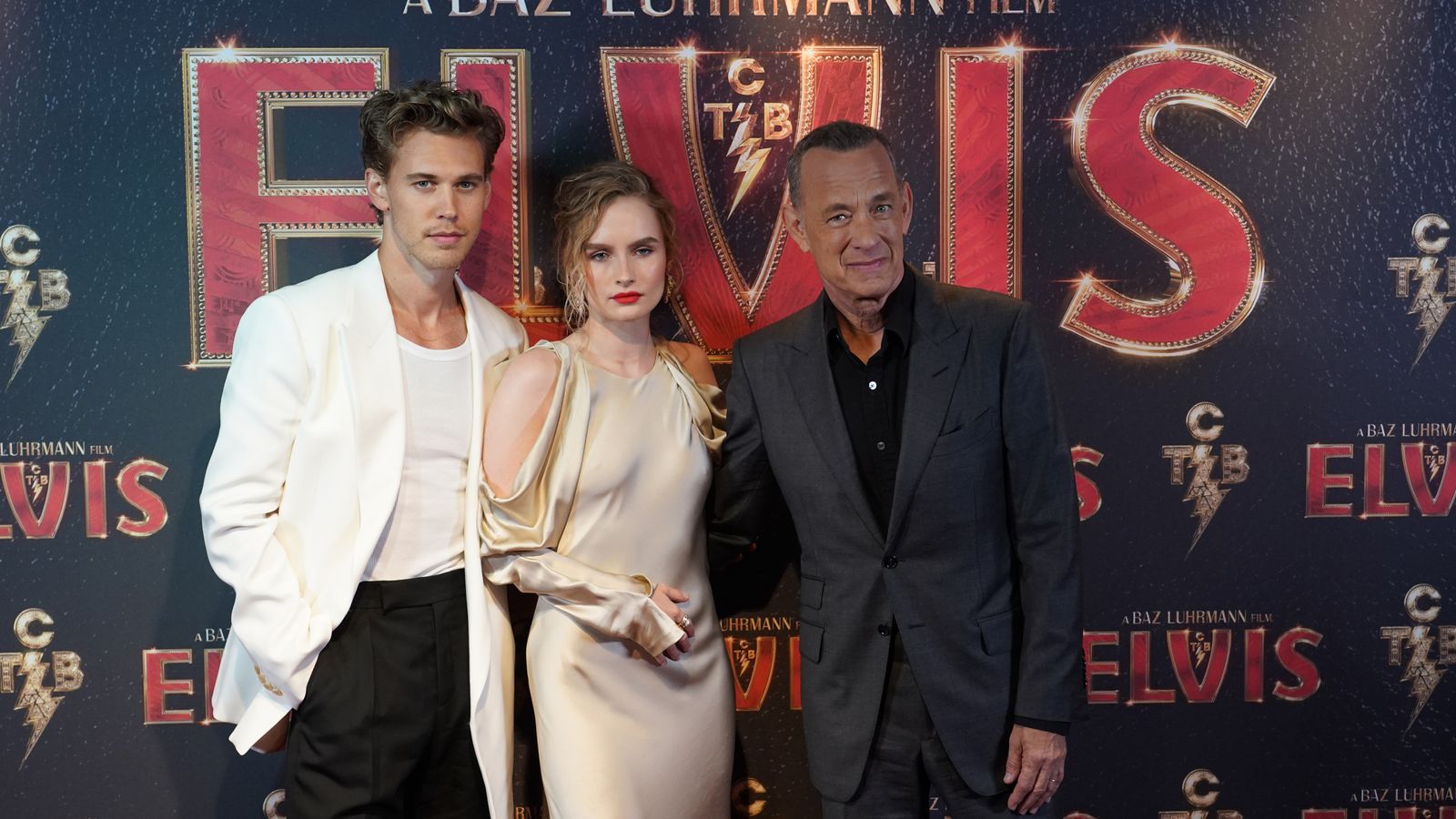 The King of Rock ‘n’ Roll is the latest musician to get the biopic treatment – with his story told on screen for the first time with permission from his estate.

It means the movie is chock full of Elvis’s hits, but the darker side of his career also unfolds as the tale is told from the point of view of his manipulative manager, Colonel Tom Parker, who is later revealed to not be who he claims.

“Elvis was always in my life, but I had to find a way that I can make it useful for now,” director Baz Luhrmann told Sky News at the film’s London premiere on Tuesday.

“And it’s when I added the idea of Colonel Tom Parker – never a Colonel, never a Tom, never a Parker to the equation.

Fans of the Moulin Rouge film-maker will not be surprised by the style of this movie – a fast-paced whirlwind of quick edits, colourful sets and vibrant characters, topped off by a brilliant performance from Austin Butler.

“She was quite sceptical, but when she said ‘if my husband was here he’d say hot damn, you are me’ to Austin, I mean, that was everything,” he said.

For Butler, it wasn’t easy to embody one of the most iconic people in music.

“It’s that tight wire act of wanting to be incredibly specific, but not making it feel like it’s been done before, you know,” he told Sky News.

“Making it feel as though it’s happening for the first time right now and bringing all the raw emotion of a human being to something where you’re trying to emulate and be really specific with the performance.”

“So that’s kind of, that’s tricky at times.”

Inhabiting Elvis for so long, he says the role will stay with him.

“I mean, this is such a huge chunk of my life, you can’t help but have it make you grow in many ways.”

Stepping into Elvis’s blue suede shoes was always going to be a tall order, but this biopic will no doubt contribute to the King’s ever-enduring legacy.

Elvis is out in cinemas in the UK on 24 June.

Flybe: Will I get a refund for my flight?
Tesla reports record revenue and beats on earnings
Hunt confirms HS2 will reach central London after reports it might stop in suburbs
Former top FBI official accused of trying to get Russian oligarch off sanctions list
‘Too many unanswered questions’: First Tory MP publicly calls for Zahawi to go