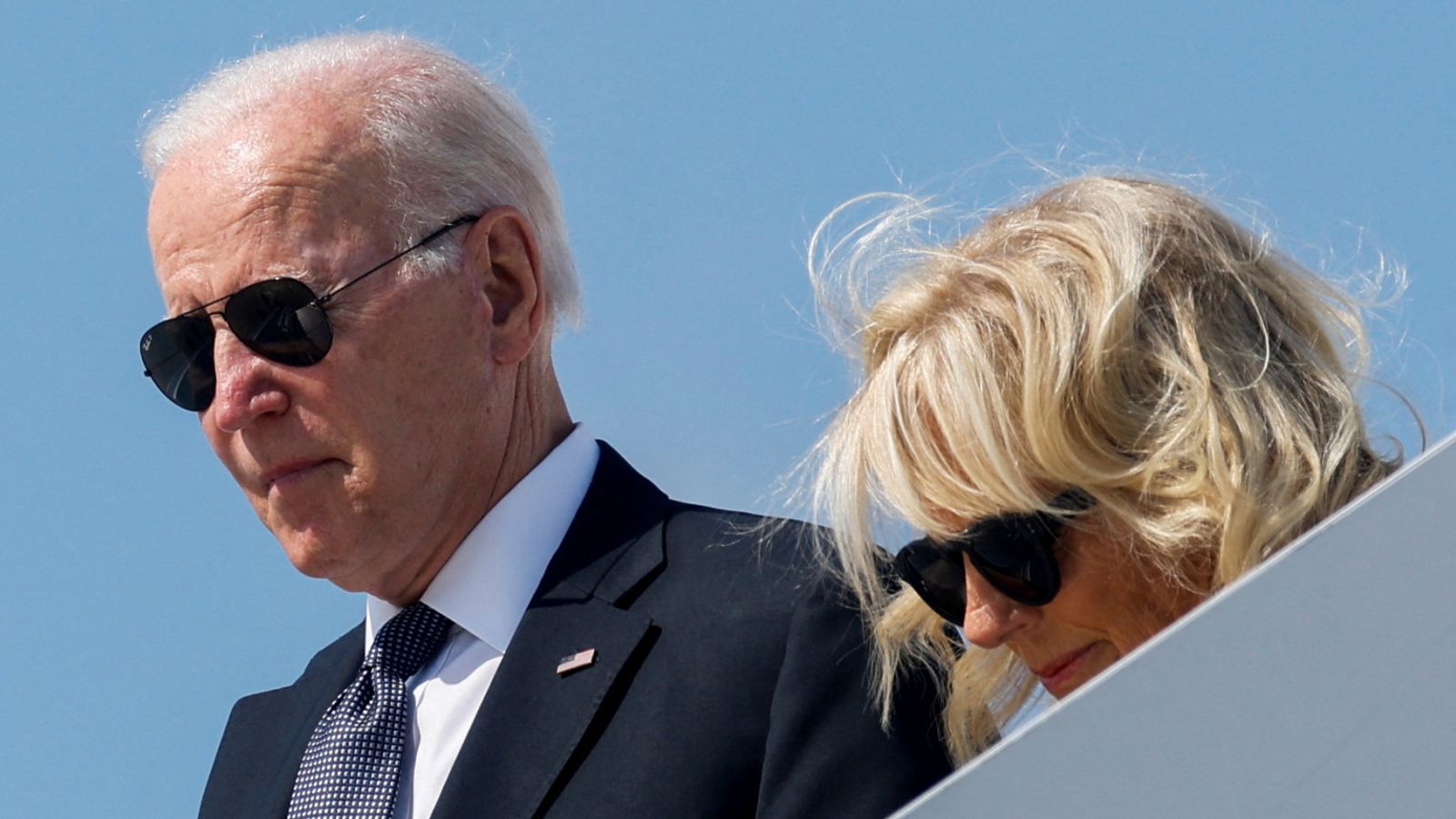 US President Joe Biden is visiting the scene of country’s largest school shooting in a decade to meet and comfort victims’ families.

The president and First Lady Jill Biden will visit a memorial at the school in Uvalde, Texas, attend a church service and also meet with survivors and first responders.

It comes as investigators seek to determine how critical mistakes were made in the response to the shooting that killed 19 children and two teachers at Robb Elementary School.

Some are calling on the FBI to look into police actions following a decision to allow the shooter, Salvador Ramos, to remain in a classroom for nearly an hour while officers waited in the hallway and children in the room made panicked 911 calls for help.

Karen Finney, a Democratic strategist and a spokesperson for Hillary Clinton’s 2016 presidential campaign, said Mr Biden has “to stay focused on the pain and grief of the families and the community and understand that all of this has been compounded by the fact that we still don’t know exactly what happened”.

She added: “The more we learn, the more it seems the children were poorly served.”

Read more:
Instructor who teaches police to deal with gunmen says Uvalde officers showed failings in leadership and mindset
Is America too deeply divided to deal with its gun problem?

The Texas visit is Mr Biden’s third trip as president to a mass shooting site.

Earlier this month, he visited Buffalo, New York, after a shooting that left 10 black people dead at a supermarket.

Refugee shot trying to reach Europe
Christopher Eccleston: ‘Patriarchy cocks everyone up… It did its damage to me too’
Bitcoin Family is moving more than $1 million into decentralized exchanges after Sam Bankman-Fried’s FTX disaster
This country’s relationship with Russia is causing concern in Ukraine
‘May the Force be with you’: PM ‘sad’ as Javid to step down at next general election