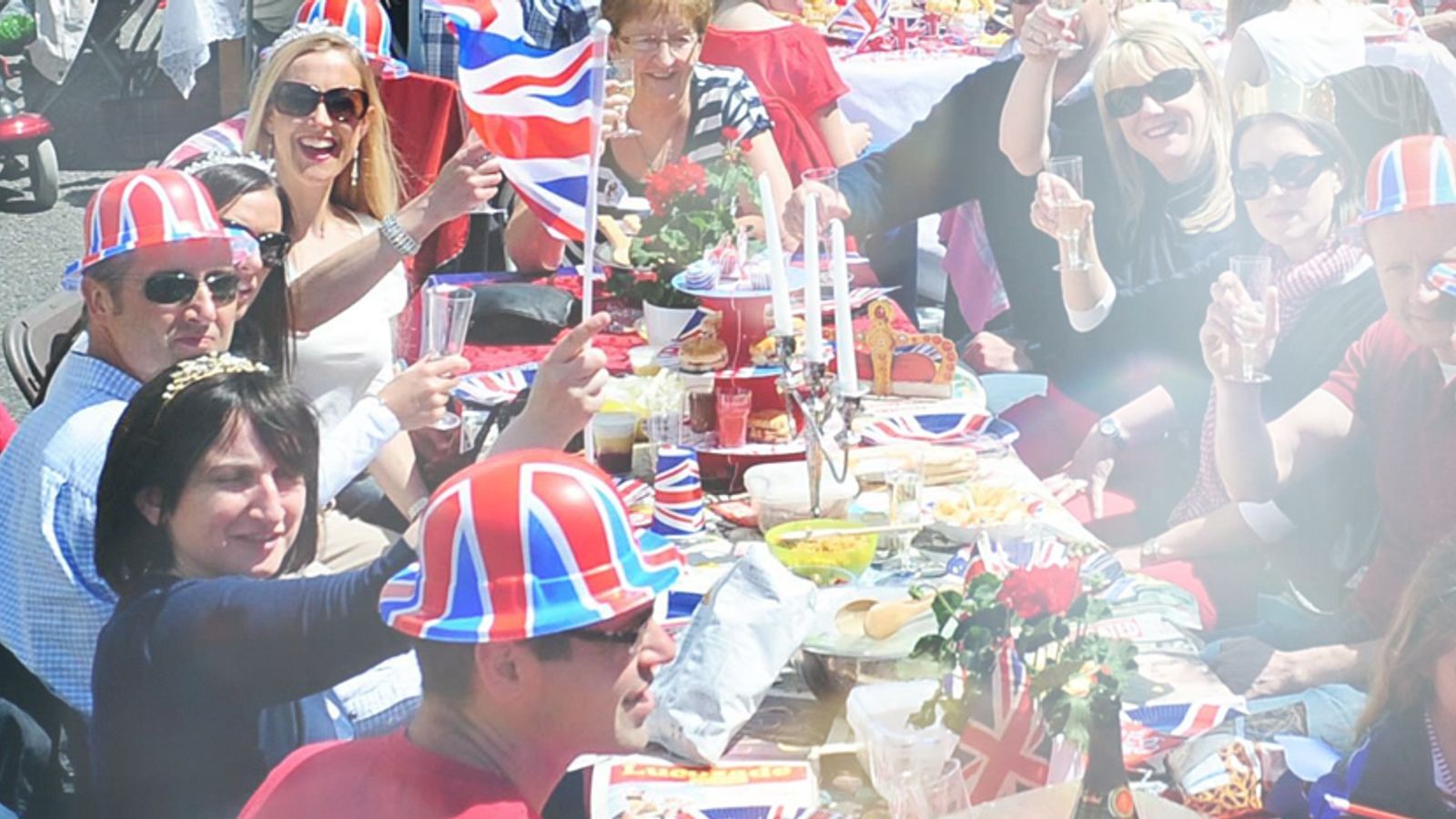 Millions of people are expected to celebrate the Queen’s Platinum Jubilee on the extended Bank Holiday weekend, with events planned across the UK.

An estimated 16,000 street parties will be thrown around the country after councils approved “a huge number” of applications from residents eager to celebrate the monarch’s 70-year milestone.

Some of the events are private street parties. Others – nicknamed the big jubilee lunch, and the big lunch – are open to the public.

You can scroll and zoom in on the map below to find some of the events being held where you live.

Thousands more local and private street parties are being planned in towns and cities over the country.

“Hundreds of thousands of Big Jubilee Lunch street parties, BBQs and picnics are being planned across the nation to celebrate Her Majesty The Queen’s amazing 70 years,” says Eden Project executive director Peter Stewart where the idea for The Big Jubilee Lunch came from.

“Between 10 to 12 million people is a modest estimate in terms of the scale of participation, and that’s testament to the community spirit and appetite for connection we know is out there.

“Holding your own event isn’t hard – just knock on your neighbours’ doors, grab some nibbles and hang the bunting!”

You can also search the official Jubilee site here for details of more events.

How to make a success of your party

TIPS FOR HOLDING YOUR OWN STREET PARTY

• You don’t need a licence if it’s just for a group of neighbours/residents, but some councils require a simple application form.

• If you need a road closure, six weeks’ notice is often required, but it’s not a legal limit, so the council may still agree if you’re quick.

• Inform and invite other residents in writing, such as dropping a flyer through their door or messaging a communal Whataspp group.

• Try to get as many people as possible involved in the planning and hold a meeting to discuss ideas.

• Public liability insurance is not required, nor is a food licence. But if you plan to sell alcohol, you might need to pay a £21 fee. Check GOV.UK for more information.

• Bunting and flags for your party should be in plentiful supply online or on the high street.

People living outside the UK don’t have to miss out on celebrations either.

Some Jubilee events being held worldwide include:

A treat fit for a Queen

Looking for a regal treat to crown your party table?

Why not try the official jubilee dessert – a lemon Swiss roll and amaretti trifle that was crowned after a nationwide baking contest judged by Mary Berry.

To make a hefty 20-person portion, you can follow this tempting recipe.

What else is happening on Jubilee weekend?

But the celebrations kick off in London on Thursday 2 June, where the pomp and pageantry of Trooping the Colour will feature 1,400 parading soldiers, 200 horses and 400 musicians. That evening, beacons will be lit across the land.

The following day the Royal Family will gather at St Paul’s Cathedral for a special service.

Then on Saturday 4 June, stars such as Alicia Keys, Diana Ross, Andrea Bocelli and Queen will perform in the three-stage musical extravaganza of the Jubilee Concert outside Buckingham Palace.

Find out more by reading our day to day guide to the weekend.

Kay Burley, Alistair Bruce and the rest of the Sky News team will bring all the events live as they happen, in our full coverage of The Platinum Jubilee from Thursday 2 June.

They will be joined by Dame Joanna Lumley as special guest for the famous balcony flypast at Trooping the Colour on 2 June and from 11am on Sunday 5 June for a full day of festivities.

Save energy by automating your Christmas lights with a $20 outdoor smart plug in New Green Deals
Cramer talks about some hot industrial stocks, and how we’re playing Wall Street’s pivot from tech
Christmas rail strikes to go ahead – as firefighters could become latest to walk out over pay
Giroud and Mbappe both break records as France reach World Cup quarters
‘So relieved’: Ex-wife of Oath Keepers founder reacts to verdict