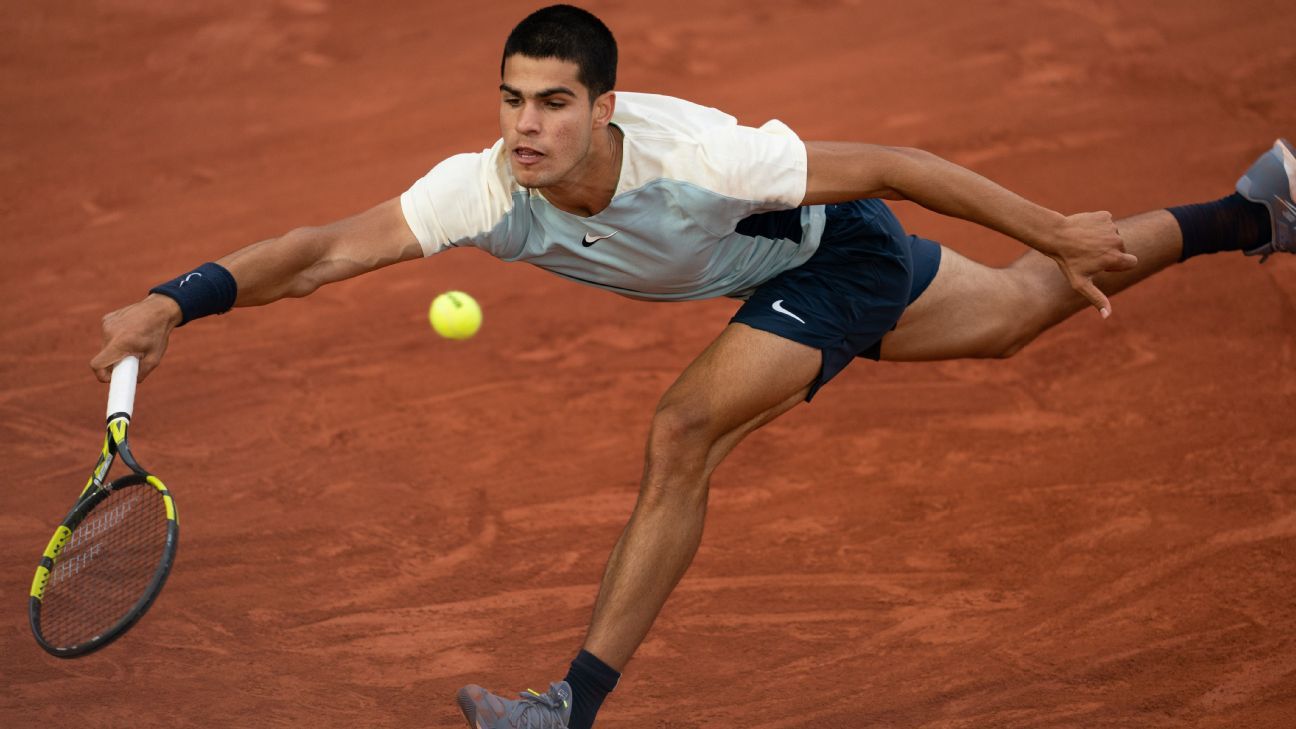 It had been four-and-a-half hours of battling and sliding on the court.

But in the end, Carlos Alcaraz, the Spanish teenager with sky-high expectations, outstretched his arms, first placing them atop his head, and then pointing them towards the crowd.

For several seconds, he stood on the court, embracing every scream, every ounce of applause from the fans, and soaking it in.

While Alcaraz, the No. 6 seed, had been heavily favored to win the match — and Ramos-Vinolas was hardly the 30-something Spaniard many predicted he would have such problems with at Roland Garros — it had been a streaky performance, with moments of both brilliance and collapse.

But he found a way to win when it mattered most. In the final game of the match, Alcaraz left nothing in doubt, sealing the victory with three aces and winning every point.

It was the latest star-making turn in what’s already been a career of them. He couldn’t hide his emotions, and gratitude to the crowd, when it was all over:

Alcaraz, 19, became a fan favorite at the US Open in September, thanks to his gutsy victory over Stefanos Tsitsipas in the third round and his ultimate run to the quarterfinals. But since then, he’s put himself in another stratosphere, with fans and expectations normally reserved only for Rafael Nadal, Novak Djokovic and Roger Federer. His matches have become must-see viewing, and the hype has grown with every victory.

Entering Wednesday’s match, he had won 11-straight matches and was experiencing a magical season on clay, with titles in both Barcelona and Madrid. During the latter event, he defeated Nadal and Djokovic on consecutive days in the quarterfinals and semifinals. Alexander Zverev, whom Alcaraz ultimately defeated in the final, called him, “the best in the world right now.”

Facing match point in the fourth set, his fate once looked all but certain in Paris. But not to him. Alcaraz remained poised and calm, and fought his way back.

His self-belief and never-quit attitude enamored him even further to the already devoted crowd, who seemed to sense they were witnessing something special. When he forced a deciding set, they chanted, “Carlos, Carlos” in appreciation, and continued to cheer loudly even after he lost the first three games in the fifth set.

And when he won a hard-fought point to win the fifth game of the final set with a level of finesse that would make Bruno Mars proud, the stadium erupted in ovation:

Alcaraz will next face American Sebastian Korda in the third round in what should be another tightly contested battle. Korda was across the net for Alcaraz’s last loss, all the way back in April in the second round at Monte Carlo, and both are believed to be among the brightest of tennis’ latest crop of young stars. Alcaraz’s time in Paris won’t get any easier if he escapes Korda. Cameron Norrie or Karen Khachanov would await in the fourth round, and then Zverev, the No. 3 seed, would likely be his quarterfinal opponent.

And then, well, hold onto your hats, because Nadal, the “King of Clay,” or reigning champion Djokovic would potentially be standing in the way of his first major final. Of course, it might be too premature to be thinking about that. There’s still a lot of tennis to be played and matches to be won. But Alcaraz, who said he wasn’t bothered by pressure or nerves, wouldn’t mind such a challenge.

“I want to play big battles and tough battles against the best players in the world,” he said.