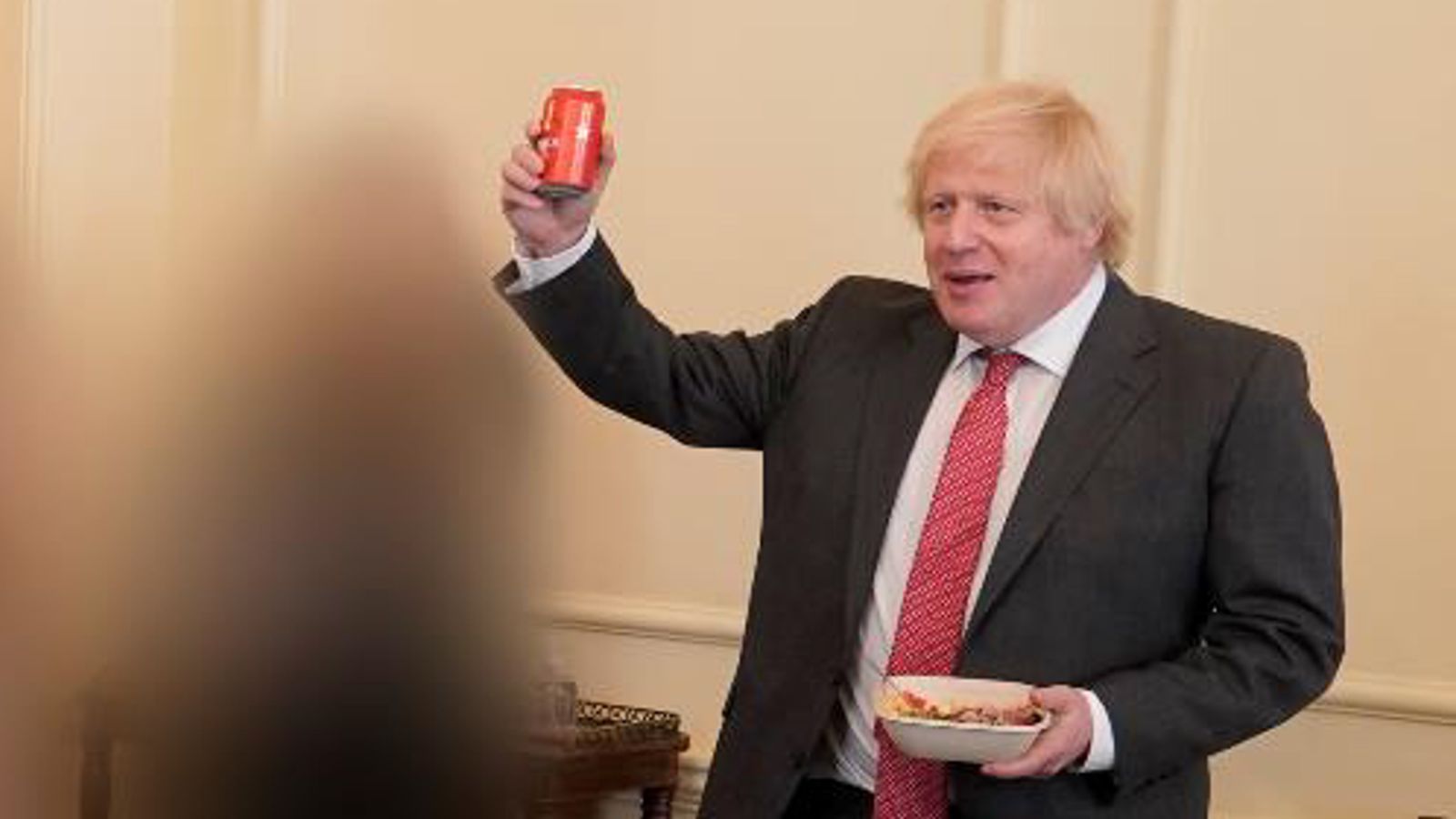 The senior leadership at Downing Street – both political and official – must “bear responsibility” for the culture of partying during COVID lockdowns, according to a report from senior civil servant Sue Gray.

The report added that “while there is no excuse for some of the behaviour set out here it is important to acknowledge that those in the most junior positions attended gatherings at which their seniors were present, or indeed organised”.

It also included pictures of some of the events detailed featuring the prime minister.

It voices disappointment that some events only became known to her because of reporting in the media – and notes that given this there may have been others that took place that were not investigated.

Among the events that were looked at by Ms Gray’s inquiry was a “socially distanced drinks” gathering in the Number 10 garden on 20 May 2020 held even though “some concerns were expressed about whether it was appropriate to hold the event”.

An email invitation was sent by Martin Reynolds to around 200 Downing Street staff by Boris Johnson’s principal private secretary telling people to “bring your own booze”.

The report found Lee Cain, the PM’s then-head of communications warned that the party would be a “comms risk”.

A special adviser warned Mr Reynolds that it would be “helpful” if people avoided “walking around with bottles of wine” ahead of the party as it was taking place after a press conference.

After the event, Mr Reynolds is found to have sent a message saying: “Best of luck – a complete non story but better than them focusing on our drinks (which we seem to have got away with).”

At another gathering on 18 June, Ms Gray found that an “excessive amount of alcohol” was consumed and that “one individual was sick” and there was a “minor altercation between two other individuals”.

A Christmas quiz event on 15 December 2020 featured some staff drinking alcohol – and a message on an internal Number 10 system referred to “drunkenness” while advising staff to leave via the back door “to avoid staff being photographed by the press outside”.

At a pre-Christmas event on 18 December involving the Downing Street press office – featuring a “secret Santa” gift event, a quiz and an award ceremony, a panic alarm button was accidentally triggered by a member of staff – which was responded to by police and security staff.

The highly-anticipated publication of the full report from Ms Gray comes after police last week said they had concluded their investigation into lockdown-breaking events at the heart of government, which resulted in 126 fines being issued for 83 people.

Boris Johnson will make a statement in the Commons about the report later.

It was also referred to at Prime Minister’s Questions when Labour leader Sir Keir Starmer implied that the expected publication of a cost of living plan this week might have been timed to coincide with its findings.

Ian Blackford, the SNP’s Westminster leader, reiterated his call for the PM to quit over what he described as the “debauchery”.

Mr Johnson has already apologised after receiving one fine for attending a gathering in Downing Street to mark his birthday in June 2020 – and questions have been raised about why he did not receive penalties relating to other occasions.

Opposition politicians – and some backbench Tory MPs – have already called for the PM to resign over the scandal.

An interim version of Ms Gray’s report was published earlier this year, which criticised “failures of leadership and judgment” in Downing Street and said some events should not have been allowed to take place.

But its contents were limited because the Met Police had asked for minimal reference to be made to some of the alleged gatherings, which were being investigated by detectives at the time.

Now that the police and Sue Gray inquiries have concluded, the PM faces a further probe by a Commons committee over claims he misled parliament.