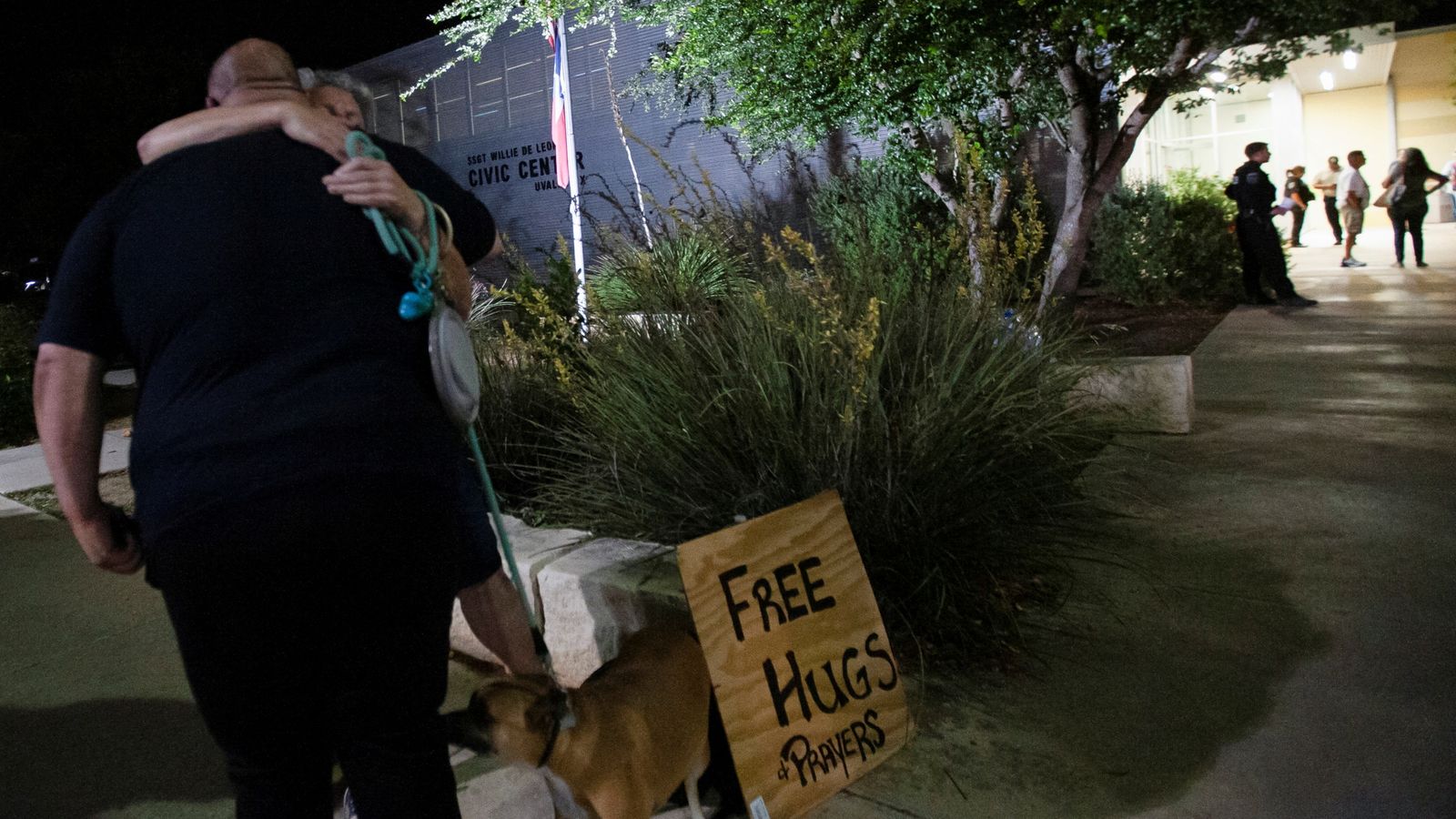 All of the victims in the Texas primary school shooting were in one classroom, according to a state public safety official.

The gunman barricaded himself inside a classroom, “shooting anyone that was in his way,” the official said.

Police and others responding to Tuesday’s attack broke windows at the school in an effort to allow students and teachers inside to escape, Lt Christopher Olivarez of the Texas Department of Public Safety told NBC’s Today.

Olivarez told CNN all victims were in the same fourth-grade (9-10 years old) classroom at Robb Elementary School in Uvalde, which is around 80 miles (130km) west of San Antonio.

Salvador Ramos, 18, entered the school after exchanging fire with authorities and having earlier shot his grandmother.

“We do know that there were multiple children that did survive, that were injured. I do not have the exact number at
this time,” he said.

A total of 21 people were killed, including two teachers and 19 children. Some victims from the shooting have been named.

He was eventually shot dead after committing America’s deadliest school massacre since the attack on Sandy Hook Elementary in Connecticut in 2012, where 27 people were killed.

The gunman – identified by officials as Salvador Ramos, who lived in the community – was killed by law enforcement responding to the 911 calls.

President Joe Biden expressed exasperation at “another massacre” and said it was “time to act” as he addressed the nation.