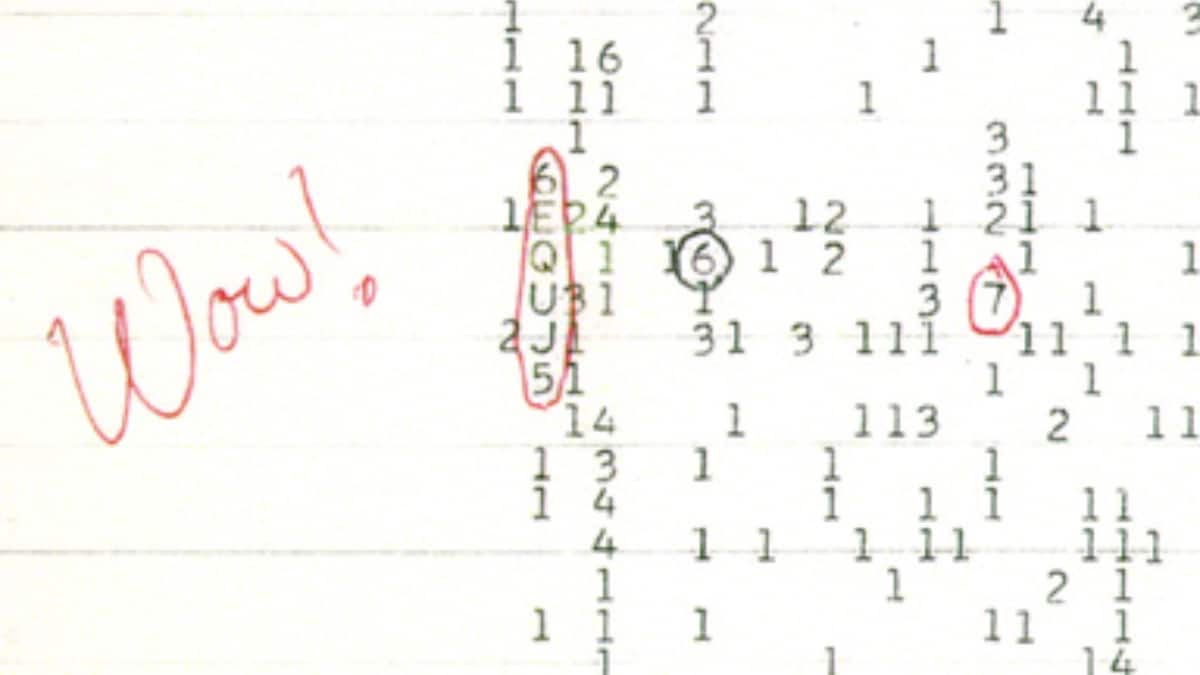 On August 15, 1977, a mysterious ‘Wow!’ signal had briefly blared through a radio telescope that lasted for 72 seconds. Now, almost half a century later, researchers may have discovered the source of the alleged alien broadcast. A study recently published on May 6 indicates that the signal likely came from a Sun-like star located 1,800 light-years away from the Earth, in the constellation Sagittarius. The search for extraterrestrial intelligence (SETI), which has been looking for intelligent lifeforms in the universe, is still studying the signal.

Since the middle of the 20th century, SETI has been looking for possible transmissions from faraway technological entities. Alberto Caballero, an amateur scientist, found the ‘Wow!’ signal’s location. His findings were published in the May edition of the International Journal of Astrobiology.

According to Caballero, the star was too far away for humans to send a signal in response (since it would take 1,800 years for the signal to arrive even if it travelled at the speed of light). But the localised area of space also contains other possible candidates.

According to a report by its discoverer, astronomer Jerry Ehman, the ‘Wow!’ signal appeared during a SETI search at Ohio State University’s Big Ear telescope and was extraordinarily strong but very fleeting, lasting only 1 minute and 12 seconds. Ehman had scribbled ‘Wow!’ on the page after seeing a printout of a strange signal, giving the event its name.

Ehman had written in his report that since hydrogen was the most abundant element in the universe, it stands to reason that an intelligent civilisation within the Milky Way galaxy, trying to seek attention.

A report in the American Astronomical Society stated that researchers have regularly searched for follow-ups originating from the same location, but they have come up empty-handed.

Caballero added that ‘Wow!’ signal was most likely caused by a natural event rather than aliens. However, astronomers have ruled out a few possibilities such as a passing comet.