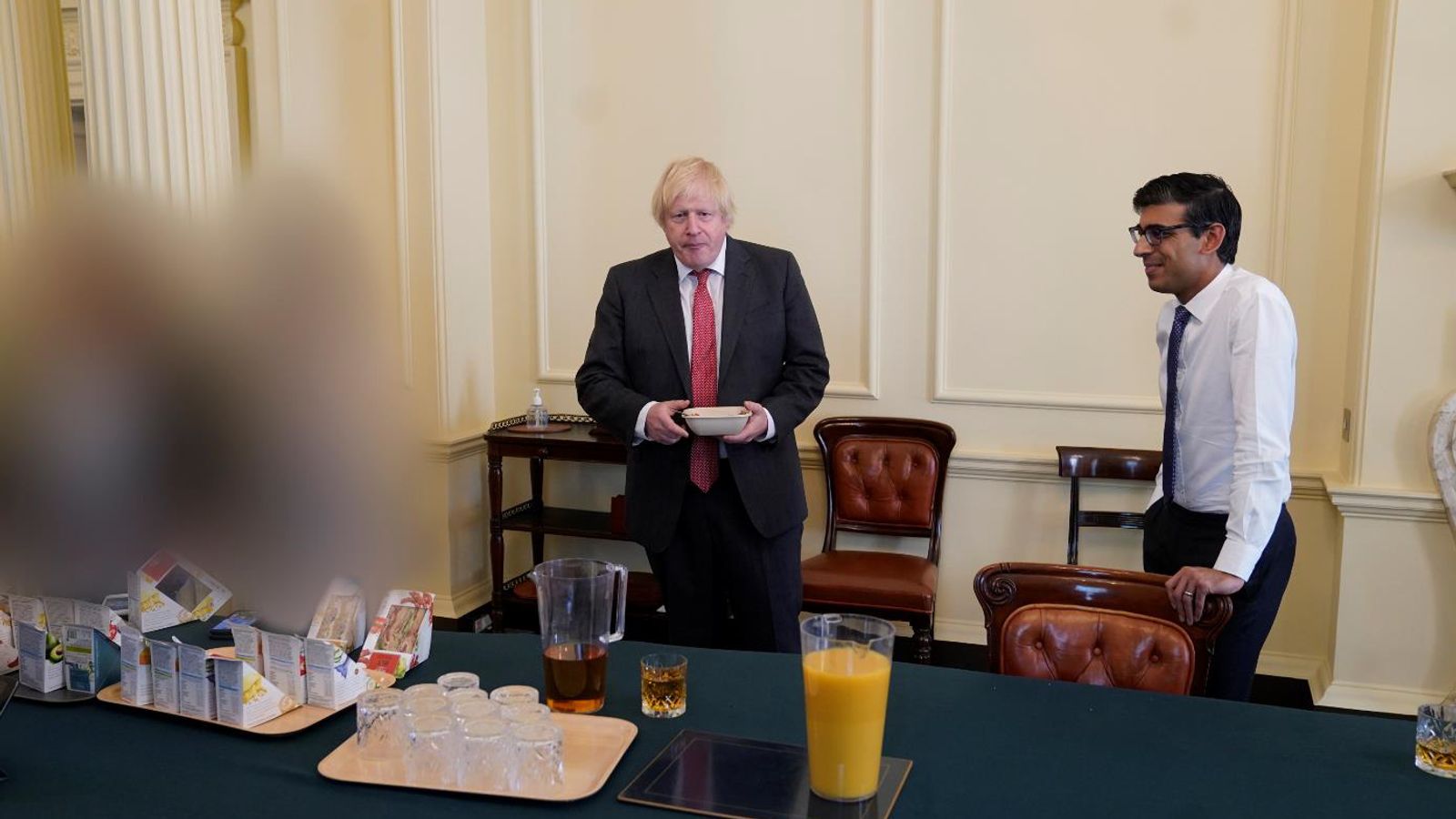 Images of Boris Johnson with a beer in his hand have emerged in Sue Gray’s damning report of Downing Street parties during the COVID-19 pandemic.

Sue Gray’s report into Downing Street parties included nine photographs from two of the investigated events – one on 19 June 2020, and another on 13 November 2020.

Mr Johnson is pictured in attendance at both, while Chancellor Rishi Sunak and Cabinet Secretary Simon Case are spotted at the first – on the prime minister’s birthday.

The 37-page report was presented to the prime minister on Wednesday morning, with Mr Johnson expected to make a statement to the Commons later this afternoon.

In the report, Ms Gray stated that “the senior leadership at the centre, both political and official, must bear responsibility for this culture”.

Images included in the post reveal Mr Johnson at gatherings holding up a beer and plastic cups in Downing Street.

One picture from 19 June 2020 shows the prime minister looking merry as he lifts up a can of beer on his birthday in the Cabinet Room in Number 10, while another shows him eating from a box of food.

Other photos published in the report show him holding up a plastic cup filled with what appears to be alcohol on 13 November 2020 for a gathering in Number 10 on the departure of a special adviser.

Ms Gray criticised the fact that some events only became known to her inquiry because of reports in the media.

“I am very grateful to those who sought to provide as much information as possible in what I realise may have been a daunting experience given the public profile of this investigation,” her report says.

“It was also unfortunately the case that details of some events only became known to me and my team through reporting in the media.

“This is disappointing. Given the piecemeal manner in which events were brought to my attention, it is possible that events took place which were not the subject of investigation.”

She also referred to an event held on 18 June in her report – understood to be a gathering in the Cabinet Office to mark the departure of a Number 10 private secretary – and described an excessive amount of alcohol being consumed.

Ms Gray also justified her decision to name senior figures due to “their wider responsibility for the leadership and culture of the departments”.