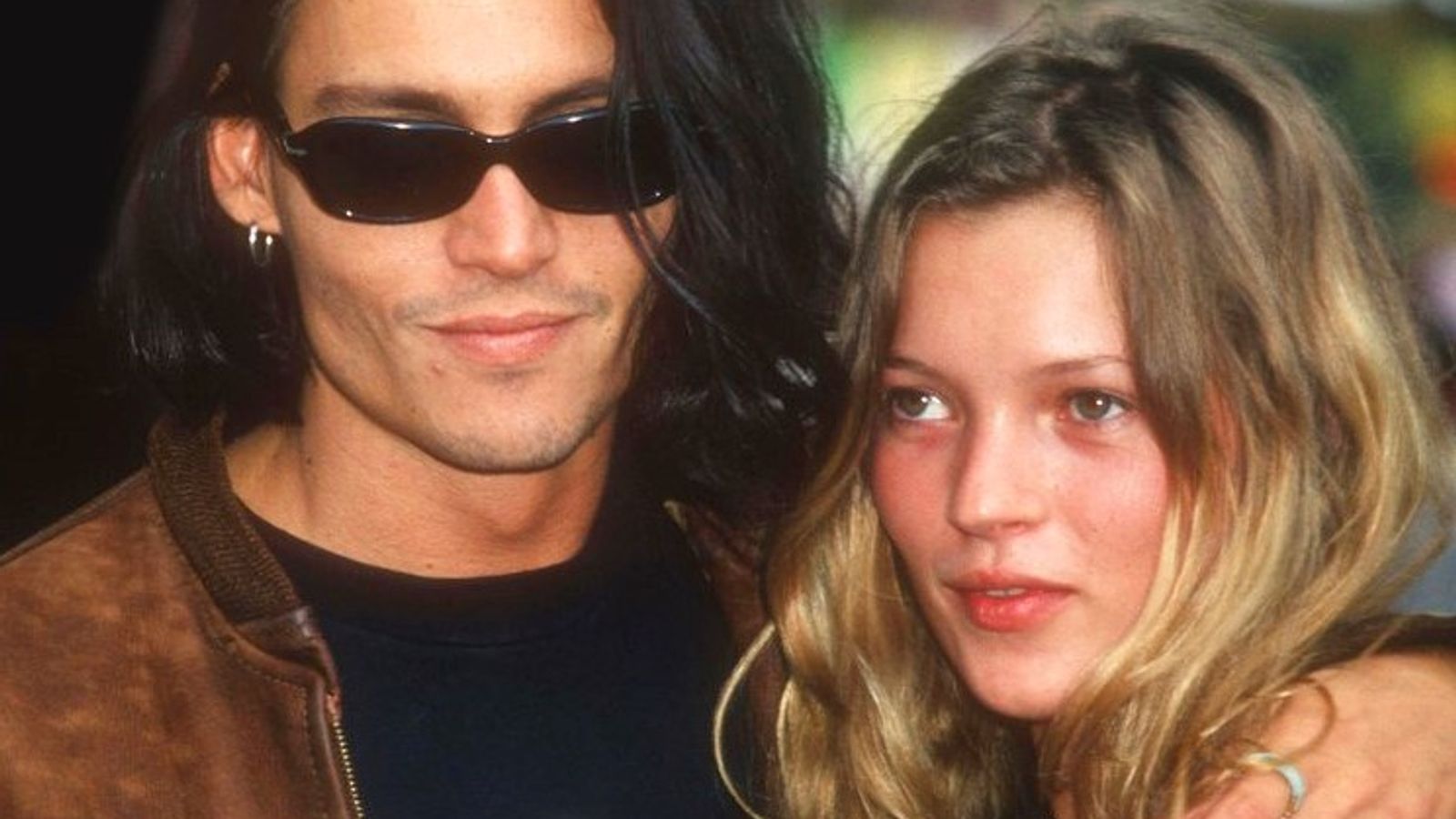 In a case that has raised the bar for eye-popping revelations and allegations, it is perhaps one of the most shocking – Amber Heard’s claim that Johnny Depp pushed his ex-girlfriend Kate Moss down some stairs during their relationship.

Heard alleged she had heard this had happened during her time on the stand earlier in Depp‘s libel trial against her, but this wasn’t the first time the claim had been made public.

The actress first made the claim about British supermodel Moss during her time as a witness in her ex-husband’s first libel trial against The Sun newspaper in the UK in 2020, in reference to a time in March 2015 when she says she believed Depp was going to push her sister, Whitney, down the stairs at their LA penthouse.

She told the jury she had heard rumours he had done this before – supposedly to Moss – and so wanted to protect her sister.

After making the same claim to the jury in Fairfax, Virginia, Depp’s legal team were seen appearing to celebrate at the mention of the supermodel – presumably as they now get to call her as a witness.

Moss, 48, is expected to potentially give evidence as a rebuttal witness via videolink on Wednesday.

The supermodel and Depp were one of the “It couples” of the 1990s, in a relationship from about 1994 to 1997. At the time, after being scouted at the age of just 14, Moss had become one of the biggest supermodels in the world, a Vogue star who would go on to grace more covers of the British magazine than anyone else in history.

Johnny Depp was Johnny Depp – star of 21 Jump Street, Edward Scissorhands and What’s Eating Gilbert Grape; the actor who never fell back on his looks and always pushed for eccentric characters.

These would go on to include Raoul Duke in Fear and Loathing in Las Vegas, Sweeney Todd, Willy Wonka, the Mad Hatter in Alice in Wonderland and of course, Pirates of the Caribbean’s captain Jack Sparrow. He was also a musician and co-owned LA’s Viper Room nightclub, the site where River Phoenix died of a drug overdose in 1993.

Moss and Depp were reportedly introduced at New York hangout Café Tabac by columnist George Wayne; she was 20, he was 31.

Wayne recalled the introduction in a recent post on Instagram about the trial, writing: “So when [Moss] walked into Tabac that night I took her hand and immediately took her to Johnny’s table in the middle of the restaurant… ‘Johnny this is Kate – Kate meet Johnny’.”

They were pictured together at high-profile events including the Golden Globe Awards in 1995, the Cannes Film Festival in 1997, and premieres for the actor’s films including Donnie Brasco and Don Juan DeMarco.

In 1996, they were photographed on holiday with Noel Gallagher and his then wife Meg Matthews in Mustique in the Caribbean; Moss reportedly appeared on a version of Oasis single Fade Away, released in 1994, and Don’t Go Away (1998), and on the band’s third album Be Here Now (1997), playing tambourine; Depp is also credited for playing slide guitar on Fade In-Out.

Their relationship was reportedly tempestuous; in September 1994, Depp was arrested for trashing a room at New York’s Mark Hotel, with police saying Moss was with him at the time. The charges were reportedly dropped after the actor paid $10,000 in damages.

But Moss has never said Depp was violent towards her.

In a rare interview with Vanity Fair in 2012, she said of their relationship: “There’s nobody that’s ever really been able to take care of me. Johnny did for a bit. I believed what he said… Like if I said, ‘What do I do?’, he’d tell me. And that’s what I missed when I left. I really lost that gauge of somebody I could trust. Nightmare. Years and years of crying. Oh, the tears!”

In a 1998 interview, Depp reportedly said of their break-up: “I’m the one who has to take responsibility for what happened – I was difficult to get on with, I let my work get in the way and I didn’t give her the attention I should have done.”

What have Winona Ryder and Vanessa Paradis said?

During Depp’s UK trial against The Sun, two of his previous partners – Winona Ryder and Vanessa Paradis, the mother of his two children – were set to give evidence, but due to time constraints the court ended up hearing their witness statements instead.

Both women said Depp had never been violent towards them. “The idea that he is an incredibly violent person is the farthest thing from the Johnny I knew and loved,” Ryder said, while Paradis described him as “a kind, attentive, generous, and non-violent person and father”.

The news about Moss being expected to testify comes in the final week of Depp’s US trial against Heard, with closing arguments expected on Friday.

Depp is suing his ex-wife for $50m (£38.2m), over an opinion piece she wrote for the Washington Post in 2018 which his lawyers say falsely implies he physically and sexually abused her. Heard has issued a counterclaim for $100m (£76.4m).

The Washington Post article did not mention Depp by name but was titled: “I spoke up against sexual violence – and faced our culture’s wrath.” Depp has told the court that it is clear the article is about him and that he wants to clear his name.

The former couple started dating after meeting on the set of the 2011 film The Rum Diary and married in Los Angeles in February 2015.

Read more:
The UK trial against The Sun – what happened?
Why are Depp and Heard in court again?

The trial in Fairfax County, Virginia, has now been running for six weeks.

In the opening statements, the actor’s lawyers said his ex was preparing for “the performance of a lifetime” during the trial, while her legal team said the case would expose the “real” person behind the “fame” and “pirate costumes”.