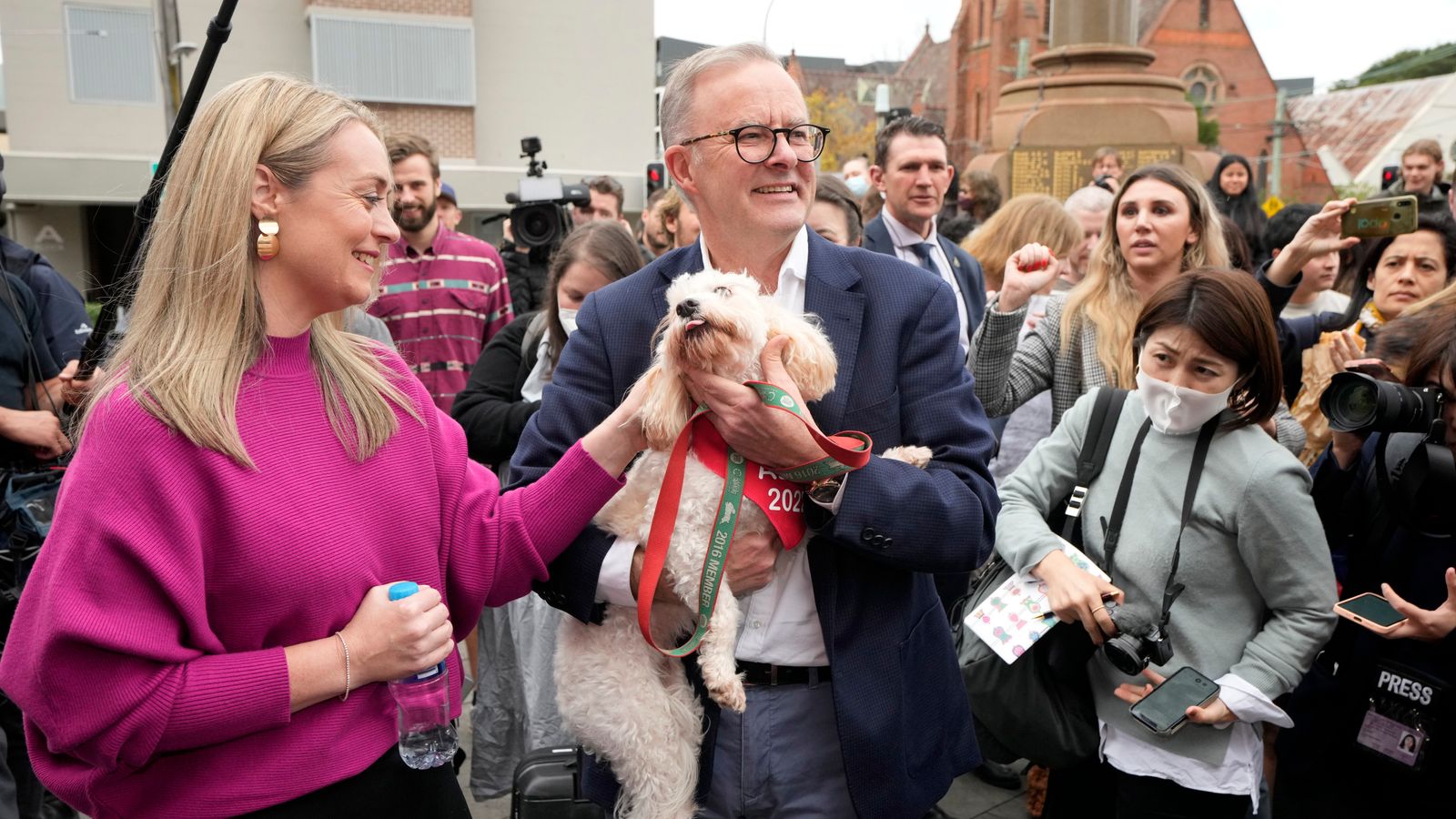 Anthony Albanese is known as a pragmatic politician willing to work outside ideological lines – and someone whose first taste of politics came as a child.

Australia’s new prime minister is from a humble background, reminding supporters of that as he made his acceptance speech on Saturday.

“It says a lot about our great country,” he told them, “that a son of a single mum who was a disability pensioner, who grew up in public housing, can stand before you tonight as Australia’s prime minister.”

Mr Albanese, 59, was born in March 1963 in Darlinghurst, an eastern suburb of Sydney, to an Irish-Australian mother and an Italian father.

At the age of 12, he helped to organise a rent strike that kept his mother’s public housing from being sold off to developers.

Speaking to the National Press Club in January, he recalled how at times he depended on neighbours for food when his mother was unable to provide for him.

“It gave me a determination, each and every day, to help the people like I was, growing up, to have a better life,” he said.

The first in his family to attend university, Mr Albanese studied economics and became involved in student politics.

At 22, he was elected president of Young Labor, working as a research officer under Bob Hawke, Labor’s longest-serving prime minister.

Mr Albanese entered parliament in 1996 as Labor began the first of two decade-long periods in opposition.

When the party was back in power, between 2007 and 2013, there were leadership disputes during which he established his reputation as a conciliator prepared to work with both sides.

After suffering losses in the 2010 election, Labor had to run as a minority government.

As leader of the house, Mr Albanese made sure the “work of government proceeded”, said the trade minister in that government, Craig Emerson.

Political commentators said it was Australia’s most productive parliament – based on the number of laws passed compared to the number of days in office.

Now, Mr Albanese has an even bigger challenge.

“Anthony has a capacity to look beyond the party political alignment,” said Robert Tickner, a former Labor member
who took a call from the young politician about his mother’s stove.

“(He) believes in this idea that there are people of good will in the community,” Mr Tickner added.

“He’s not someone who’s a sectarian.”