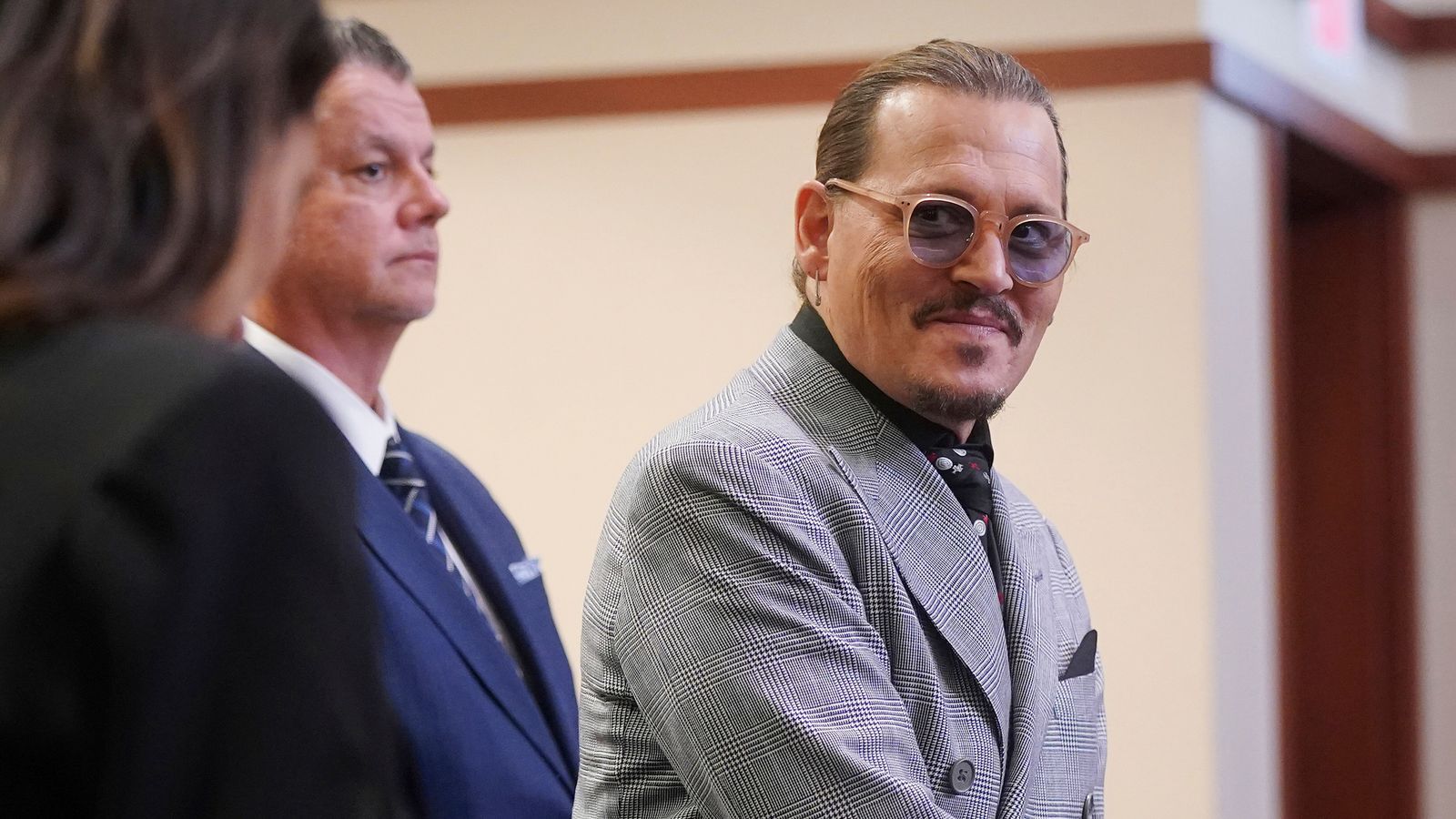 Actor Johnny Depp’s ex girlfriend Ellen Barkin, has described a “jealous” and “controlling man” who was “angry and demanding”.

Speaking during day 29 of the libel trial involving Depp and his ex-wife Amber Heard, Ms Barkin said she and Johnny – who she had starred in the film Fear And Loathing In Las Vegas with – were together for about six months in 1994.

When asked if Depp ever acted in a way that was “out of control” she said “yes”.

“He once threw a wine bottle across the hotel room while we were filming.”

Aside from being “out of control,” she added he was “just a jealous man, controlling… Where are you going? Who are you with? What are you doing?”

She says it was “very common” for him to become “jealous and controlling”, and that when he did he also became “angry and demanding”.

Talking about Depp’s use of alcohol and drugs, she told the court in Virginia just outside Washington DC: “He was drunk most of the time,” adding, “he was a red wine drinker”.

She also says he was often “high” on drugs, including “marijuana, cocaine, hallucinogenics”. She says he did them in front of her “all of the time… He was always drinking or smoking a joint”.

Depp is suing his ex-wife Amber Heard for $50m (£40m), saying she defamed him when she claimed in a Washington Post article she was a victim of domestic abuse.

Heard has countersued for $100m (£81m), arguing he smeared her by calling her a liar.

Depp claims he never struck Heard and that he was the victim of abuse from his ex-wife.

The court was told about a time Maria Sadanaga, a Los Angeles detective, and domestic violence coordinator, was called to Depp’s apartment in 2016 to respond to an allegation of violence.

Officers are required in these circumstances to note any observations of the alleged victim, and the scene they find when they arrive.

If there is any cause to suspect domestic violence has taken place, an incident report is supposed to be filled out – a requirement of state law – but no such report was filled out after the visit to Depp’s home.

Meanwhile, Heard has maintained she was attacked by Depp and has also been attacked publicly for saying so.

He told the court about some of the negative hashtags he found about the actress between April 2020 and January 2021. They included:

He says the majority of messages also contained the words: “Hoax, fraud, fake”.

Mr Schnell said he also did four random tests of 1,000 tweets about Heard at one time, and during those tests he could not find a single tweet that was positive about the actress.

Other key moments in court today:
• Mr Depp’s former business manager Joel Mandel said the actor’s use of alcohol and drugs was “a daily event,” and it was hard to find “good days” for meetings with him
• The court heard one of Mr Depp’s security team was paid $250,000 per year, and another $10,000 per day. Dr Kipper – Depp’s private physician – was apparently paid $100,000 per month.
• Asked about Depp’s friendship with rock star Marilyn Manson, former close friend Bruce Witkin said they would both “hit it (drink and smoke weed) pretty hard”
• Heard’s former attorney Michelle Mulroney was asked about a proposed prenuptial agreement between Heard and Depp ahead of their wedding. She said Depp called her about it, but was “very mean, called me names and fired me”.
• The court heard that for Murder On The Orient Express Depp was paid “$5m for four consecutive weeks plus a good back end deal”. For Pirates of The Caribbean 5, he was paid “$25m
• Disney production executive Tina Newman, was asked if Depp will be in Pirates of the Caribbean 6. She tells the hearing she doesn’t know.

Depp has always maintained even though the Washington Post article he is complaining about did not name him, it was clear it was about him. And that, he says, led to him losing work as an actor.

But Tracey Jacobs, his former talent agent said although as one point he was undoubtedly “the biggest movie star in the world”, when he parted company with her agency that was no longer the case.

“His star had dimmed” she told the court and explained it was due to “the reputation he had acquired due to lateness and other things… People were talking and the question was out there about his behaviour”.

She added: “Showing up late to set consistently on virtually every movie – I would get yelled at….I said ‘you’ve got to stop doing this, it’s hurting you’. And it did.”

Ms Jacobs went on: “Initially crews loved him, as he was so great with the crew. But crews don’t like sitting around for hours and hours waiting for the star to turn up.

“Word got around town – people talk, it’s a small community – and it made people reluctant to use him toward the end.”

She also says he regularly used earpieces to have his lines fed to him while he was filming.

Her testimony served to push back against Depp’s libel lawsuit which claims the 2018 op-ed piece Heard wrote, not only unfairly portrayed him as a domestic abuser but also cost him a lucrative Hollywood career that included the “Pirates of the Caribbean” movie franchise.

Ms Jacobs did add, however, that she had never seen Depp hit a woman, throw anything at a woman or in any other way act violently towards a woman?”

Nor had she heard of any other women accusing Depp of violence, or seen any injuries on Heard.

Ms Jacobs was also asked about a message during her time working with Depp, when she talked about some “good news”, and says she was talking about obtaining money for the actor.

She explained: “We were able to help [Depp] out when he was in financial desperation. We were able to secure a loan for him through Bank of America.”