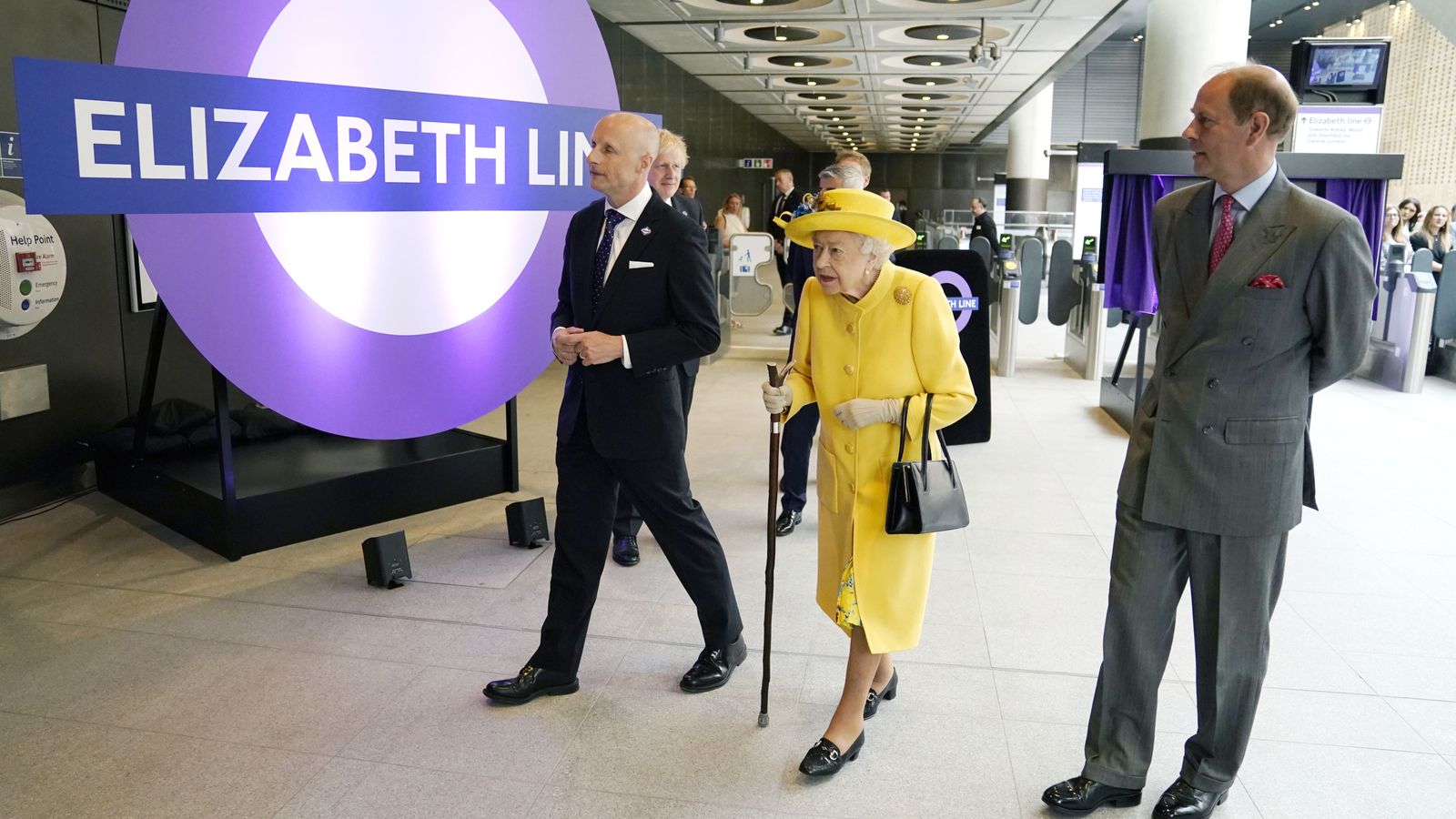 The Queen has made a surprise visit to see the new Elizabeth line at London’s Paddington Station, Buckingham Palace has said.

The 96-year-old monarch joined her youngest son, the Earl of Wessex, for the official visit.

Holding a walking stick, the monarch emerged from a transparent lift and smiled brightly, looking resplendent in a Stewart Parvin double-wool crepe coat in sunshine yellow.

That was paired with an A-line silk dress in shades of yellow, royal blue and turquoise, and a matching hat by Rachel Trevor-Morgan.

She was also wearing her Singapore brooch.

It was not known whether she would be able to attend the event – partly because she has been suffering mobility problems.

She and Prince Edward were welcomed by Prime Minister Boris Johnson, Mayor of London Sadiq Khan and Transport for London commissioner Andy Byford.

Her Majesty and the earl also met train drivers, station staff and apprentices.

The Elizabeth line, named in the Queen’s honour, opens to passengers on Tuesday 24 May.

“In a happy development, Her Majesty The Queen is attending today’s event to mark the completion of the Elizabeth line,” the palace said.

“Her Majesty was aware of the engagement and the organisers were informed of the possibility she may attend.”