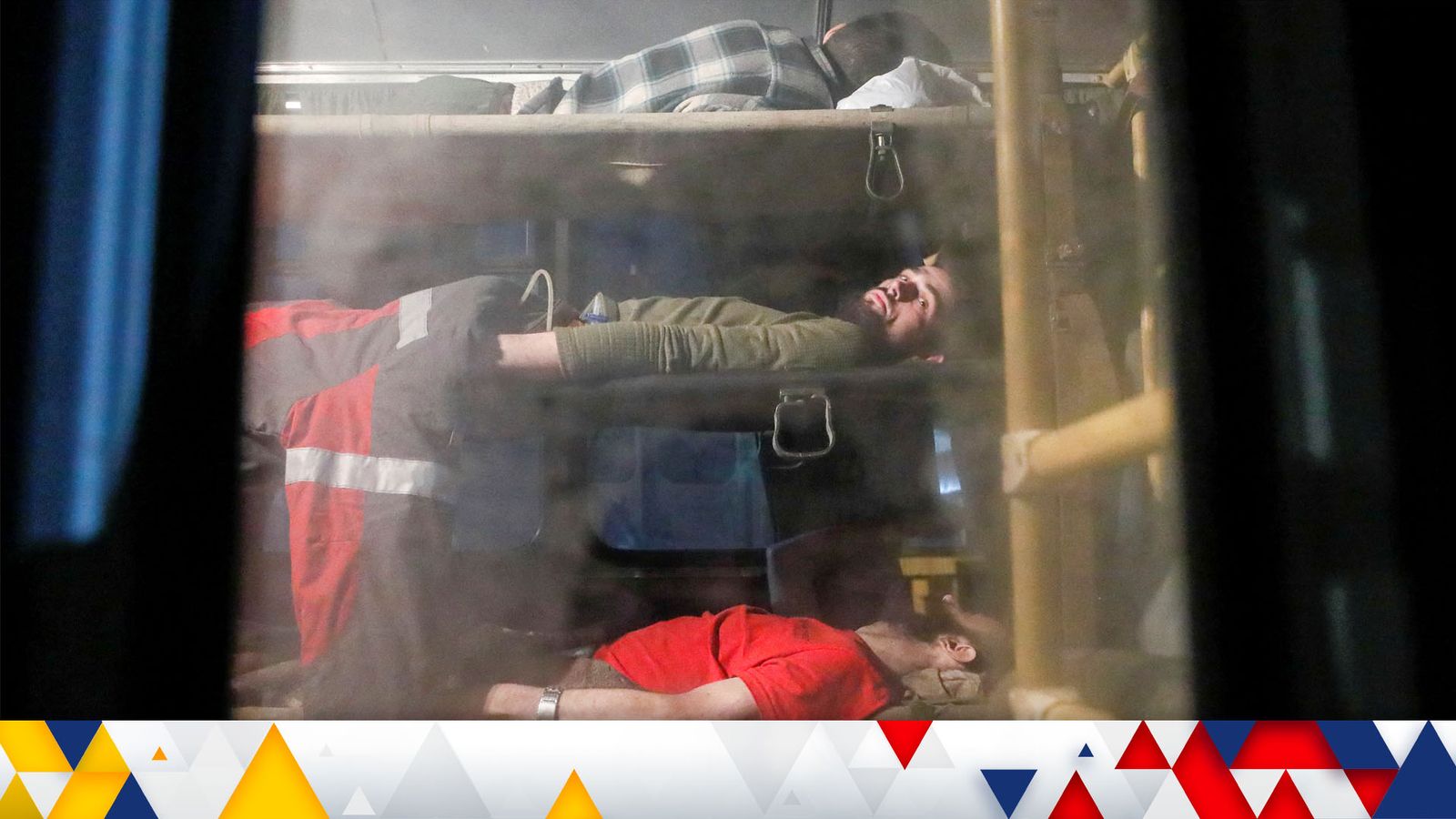 More than 200 Ukrainian soldiers are being evacuated from Azovstal steel plant in the city of Mariupol after weeks of resistance against the Russian invasion.

Some 53 troops are being taken to hospital in the Russian-controlled town of Novoazovsk, about 30 miles to the east, according to Ukraine’s deputy defence minister Hanna Malyar.

Another 211 people are being taken to Olenivka, about 55 miles north, through humanitarian corridors, she said, adding that they would be exchanged with Russian military prisoners before returning home.

For weeks, the soldiers were the last remaining pocket of resistance against the Russian advance in Mariupol, a strategically-important city on the north coast of the Sea of Azov.

Ms Malyar said: “Thanks to the defenders of Mariupol, Ukraine gained critically important time, and they fulfilled all their tasks. But it is impossible to unblock Azovstal by military means.

“We are working to save people who are still in Azovstal,” she added, without saying how many people remained.

Ukraine’s president Volodymyr Zelenskyy said on Monday night: “Thanks to the actions of the Ukrainian military – the Armed Forces of Ukraine, intelligence, as well as the negotiating team, the International Committee of the Red Cross and the UN, we hope that we will be able to save the lives of our guys.

“There are severely wounded ones among them – they’re receiving care.

“I want to emphasise that Ukraine needs Ukrainian heroes alive. This is our principle. I think that every adequate person will understand these words.”

Earlier on Monday, Russia had announced an agreement for the injured Ukrainian soldiers to leave the steel plant for treatment in a town held by pro-Moscow separatists.

On Monday night, five buses were seen leaving the steel plant with soldiers inside.

The General Staff of Ukraine’s Armed Forces said on Facebook: “The supreme military command ordered the commanders of the units stationed at Azovstal to save the lives of the personnel.

“Efforts to rescue defenders who remain on the territory of Azovstal continue.”

Read more:
The pounding of Azovstal – pictures that tell a thousand words

At one point it was thought there were a few thousand Ukrainian troops in the steel works, along with a few hundred civilians, as Russian soldiers closed in.

The Azov Regiment said that its troops in Mariupol, a strategically-important city in Ukraine’s south, had held out for 82 days, buying time for the rest of Ukraine to fight Russian forces and secure Western weapons.

For much of that time, the soldiers in Mariupol – along with the remaining civilians – faced severe shortages of food, water, electricity, ammunition, and medicine.

Ukraine says that tens of thousands of people have been killed in Mariupol, much of which now lies in ruins.