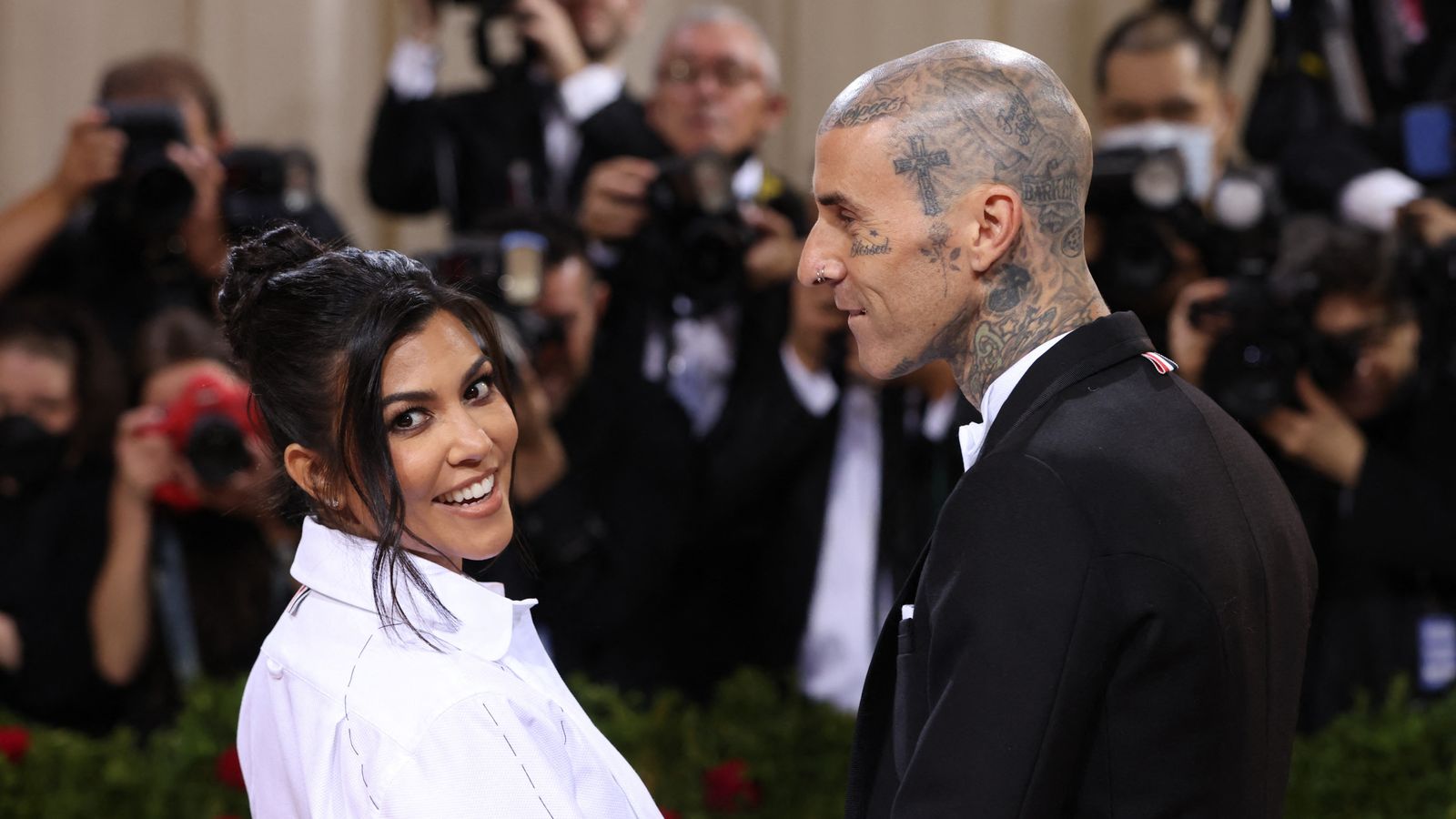 Photos and video published by TMZ and People showed Kardashian, 43, and Barker, 46, outside “a courthouse in Anacapa”.

The small ceremony is reported to have taken place just weeks after the couple’s “practice” wedding in Las Vegas.

The reality TV star wore a traditional white veil and a short white dress with a love-heart decoration near the bust while Blink-182 drummer Barker wore a black suit.

Video shared by TMZ and other media outlets showed the couple in a black convertible with the customary “just married” sign tied to the back grill.

Tins were seen trailing behind the vehicle.

According to TMZ, the small ceremony was attended by Kardashian’s grandmother and Barker’s father.

The entertainment site also reported a larger wedding ceremony will be held in Italy in the “near future”.

Reports of the legally-binding wedding come after the couple’s earlier ceremony at the One Love Chapel in Nevada by an Elvis impersonator in early April following the Grammys.

Confirming the news on 7 April, Kardashian posted a series of snaps from the impromptu event, showing them wearing matching black outfits and sunglasses.

She told her 168 million Instagram followers the wedding had taken place “with no licence”.

In the state of Nevada it is required that couples obtain a marriage licence before the union is official.

The reality TV star wrote: “Found these in my camera roll.

“Once upon a time in a land far, far away (Las Vegas) at 2am, after an epic night and a little tequila, a queen and her handsome king ventured out to the only open chapel with an Elvis and got married (with no licence).

Barker at the time posted an emoji showing a man wearing a tuxedo, while the bride’s sister Kim shared a wedding emoji.