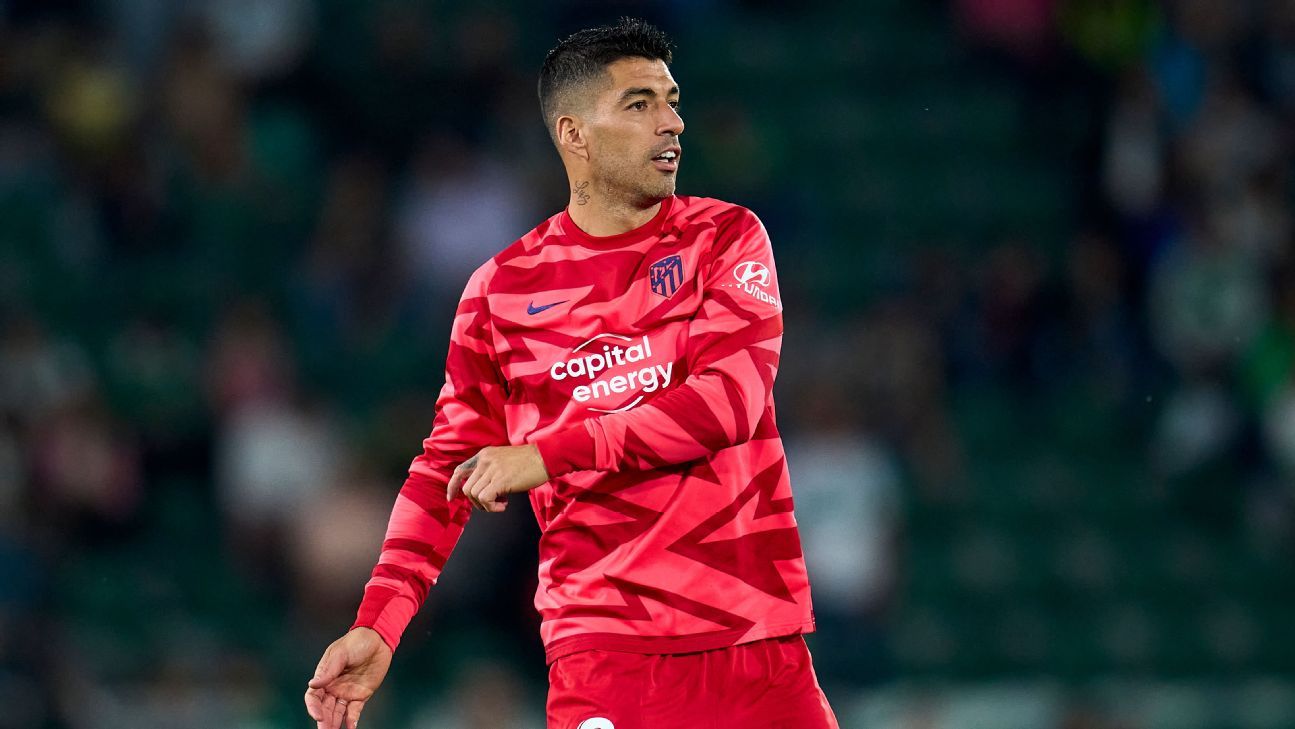 Luis Suarez will leave Atletico Madrid at the end of the season, the club announced on Sunday.

The 35-year-old has spent two years in the Spanish capital and Atletico confirmed his exit before their LaLiga home clash against Sevilla.

“At the end of the game, the Wanda Metropolitano will pay tribute to Luis Suarez and Hector Herrera, who are saying goodbye to the Red & White family today,” the club posted on social media.

Suarez moved to Atletico from LaLiga rivals Barcelona on a free transfer in 2020 and played a key role in helping Diego Simeone’s team side claim their first league title since 2014.

The striker scored 21 goals in all competitions during the 2020-21 campaign, including the winning goal in the final day victory at Real Valladolid to clinch the title.

The Uruguay international has struggled to reproduce his fine form this season and has not enjoyed much playing time on the pitch.

Suarez has contributed 13 goals and three assists in all competitions this term but hasn’t been a first-team regular and only played eight minutes during Atletico’s Champions League knockout matches against Manchester United and Manchester City.

He started Atletico’s final home game against Sevilla on Sunday and his last appearance for the club will come at Real Sociedad next week.

Grieving mother of boy who died after contracting Strep A describes child’s symptoms on last day of his life
‘Cause for concern’: Millions can’t afford to heat their homes as ‘dangerously cold’ weather arrives
UK ‘is already in a recession which is expected to last into next year’
OPEC+ to consider deeper oil output cuts ahead of Russia sanctions and proposed price cap
Christopher Eccleston: ‘Patriarchy cocks everyone up… It did its damage to me too’