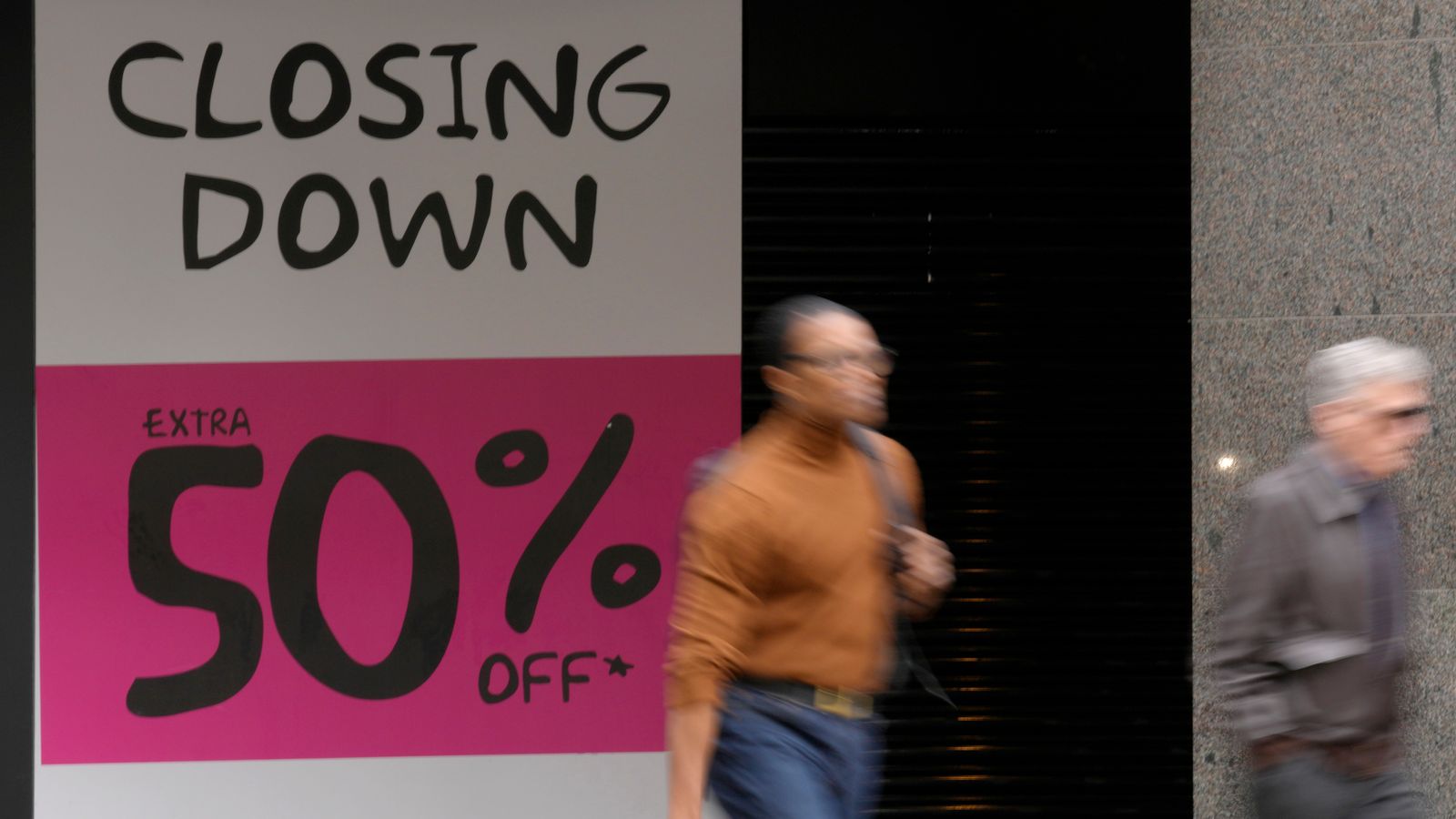 Be in no doubt, today’s GDP figures are bad news indeed.

Bad news as they show the economy is shrinking sooner than expected, down 0.1% in March.

But bad news too, in terms of what it heralds for the rest of the year. All the signs and predictions were already that the worst is set to come later this year. The question now is: How much worse?

And at the centre of it all is a chancellor under immense pressure to act, not least from within his own party.

Rishi Sunak’s challenge: to show that he is not out of touch with the struggles people are facing and that he can manage the big challenges when he no longer has a blank cheque as he did during the pandemic.

While the economy did grow slightly overall in the first quarter of the year (0.8%), the rate of growth has slowed and it’s what happened in March that will be the most concerning.

A slowdown is hardly a surprise. Lasting problems in supply chains coupled with high energy costs are squeezing the production of manufacturers. But there is another crucial reason.

As inflation soars to new 30-year highs, consumers are cutting their cloth, holding back from the spending so needed to shore up the post-pandemic recovery.

Indeed, official measures show that retail sales fell by 1.4% between February and March, while Open Table data shows that the number of seated diners dropped by three percentage points.

People simply feel they don’t have the money to spend and that’s a huge problem.

With inflation forecast to exceed 10%, the highest it’s been in 40 years, the Bank of England has already warned it will cause the economy to shrink. Recession is entirely possible.

The chancellor knows this and many are asking why he’s not doing more to help.

Interventions thus far have been judged by some as “simply not enough”.

There was the Spring Statement that announced a cut in fuel duty and a rise to the threshold at which people start paying national insurance. There was also a £200 rebate offered on energy bills and an additional £150 through the council tax system for some households.

But Mr Sunak is seemingly resisting another major tax or spending intervention in the immediacy.

Among those who want to see more action now, may well be the prime minister. He has reportedly been saying as much to MPs this week.

But the Treasury has denied there will be an emergency budget and the chancellor would not be drawn on when or if further tax cuts will come.

“But I’ve always said I stand ready to do more as we learn more about the situation.

“And on energy prices in particular, the price cap protects people for some months to come, but I’ve said when we have a clearer picture about what happens with energy bills, we stand ready and I stand ready to support people.”

‘Standing ready’ is not enough

There are many, of course, who will argue that “standing ready” is not enough when people are going hungry now.

Measures such as energy rebates take time to implement and need to be in place before the next price cap rise in October. Many experts, including the chief executive of Scottish Power, have urged further pre-emptive action.

There are of course reasons the chancellor may have for waiting and assessing. The public finances are still extremely strained following the pandemic and this is a fast-moving crisis.

But Mr Sunak was already a man under pressure; the disclosure of his wife’s nom-domiciled tax status, his fine for breaking lockdown rules and critiques that he is out of touch with ordinary people to name just a few of his problems.

Today’s GDP numbers may bring that pressure to bear – as the crisis worsens for millions around the country he may not be able to resist more major intervention much longer.

‘Explosions and calls in the night’: Zelenskyy recalls first moments of invasion and how close Russian forces got to him
Aptera’s clever new community funding program prioritizes your SEV delivery the more you invest
Backstage With… Joe Cornish on his first TV project since The Adam And Joe Show
Man escapes feared Russian agency, reveals what Russian spies are saying
Suicide bomber kills at least 47 in Pakistan mosque attack