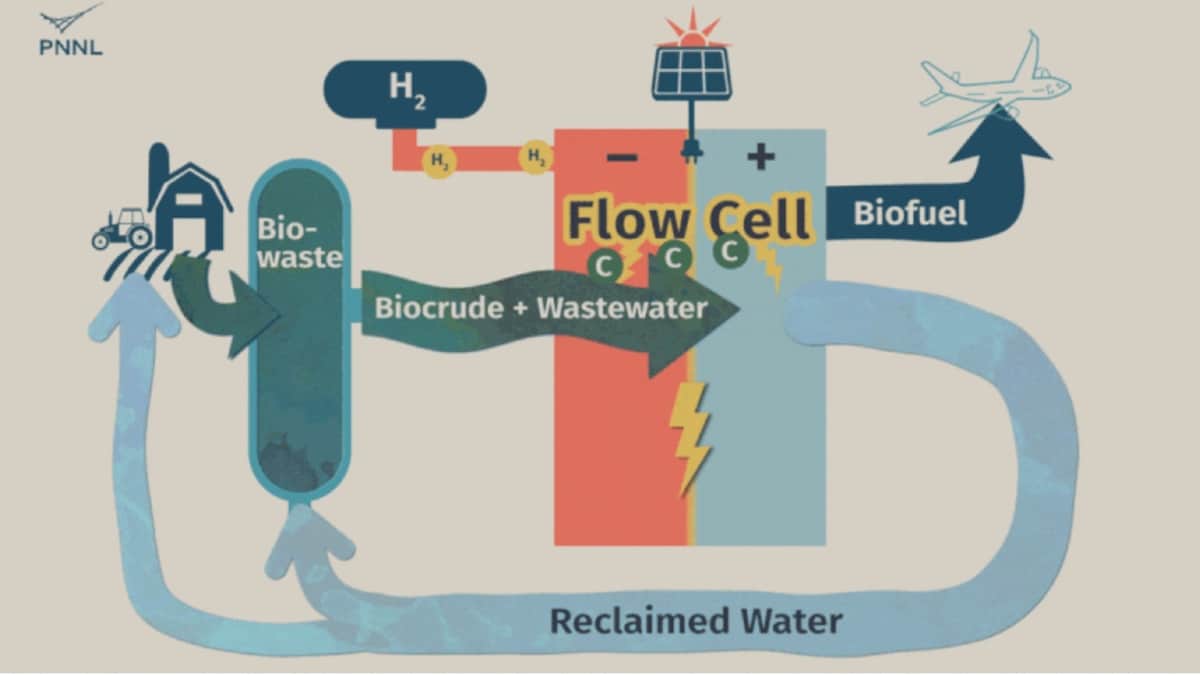 Biofuel researchers have been constantly working to develop a self-sustaining technique for converting renewable carbon sources into fuels while excluding carbon out of our environment and water. Despite significant advances, finishing the cycle using clean energy has proven to be difficult. Now, a group of researchers at the Department of Energy’s Pacific Northwest National Laboratory (PNNL) has developed a system that does exactly that. The PNNL electrocatalytic oxidation fuel recovery system turns diluted waste carbon into valuable compounds while also producing useable hydrogen, which was previously thought to be unrecoverable. The procedure is carbon-neutral or even carbon-negative because renewable energy is used.

Juan A. Lopez-Ruiz, a PNNL chemical engineer and project lead, said that the current methods of treating biocrude necessitate the use of high-pressure hydrogen, which is typically generated from natural gas. This system can generate hydrogen while also treating wastewater at near-atmospheric temperatures using excess renewable energy, making it cheap to operate and potentially carbon-neutral.

The research team put the system through its paces in the lab, using a sample of wastewater from an industrial-scale biomass conversion process for over 200 hours of continuous operation without losing efficiency. The only limitation was that the research team’s wastewater sample had depleted.

The patent-pending system, according to Lopez-Ruiz, solves several problems that have plagued efforts to make biomass an economically viable source of renewable energy.

Lopez-Ruiz said that though people understand how to convert biomass into fuel, they continue to struggle to make the process energy-efficient, cost-effective, and environmentally sustainable, particularly on small, distributed scales. However, this new system is powered by electricity, which can be generated from renewable sources. It also produces its own heat and fuel to keep running. It may be able to complete the energy recovery cycle.

The Clean Sustainable Electrochemical Treatment—or CleanSET—technology is available for licencing by other companies or municipalities interested in developing it for industry-specific applications in municipal wastewater treatment plants, dairy farms, breweries, chemical manufacturers, and food and beverage producers.