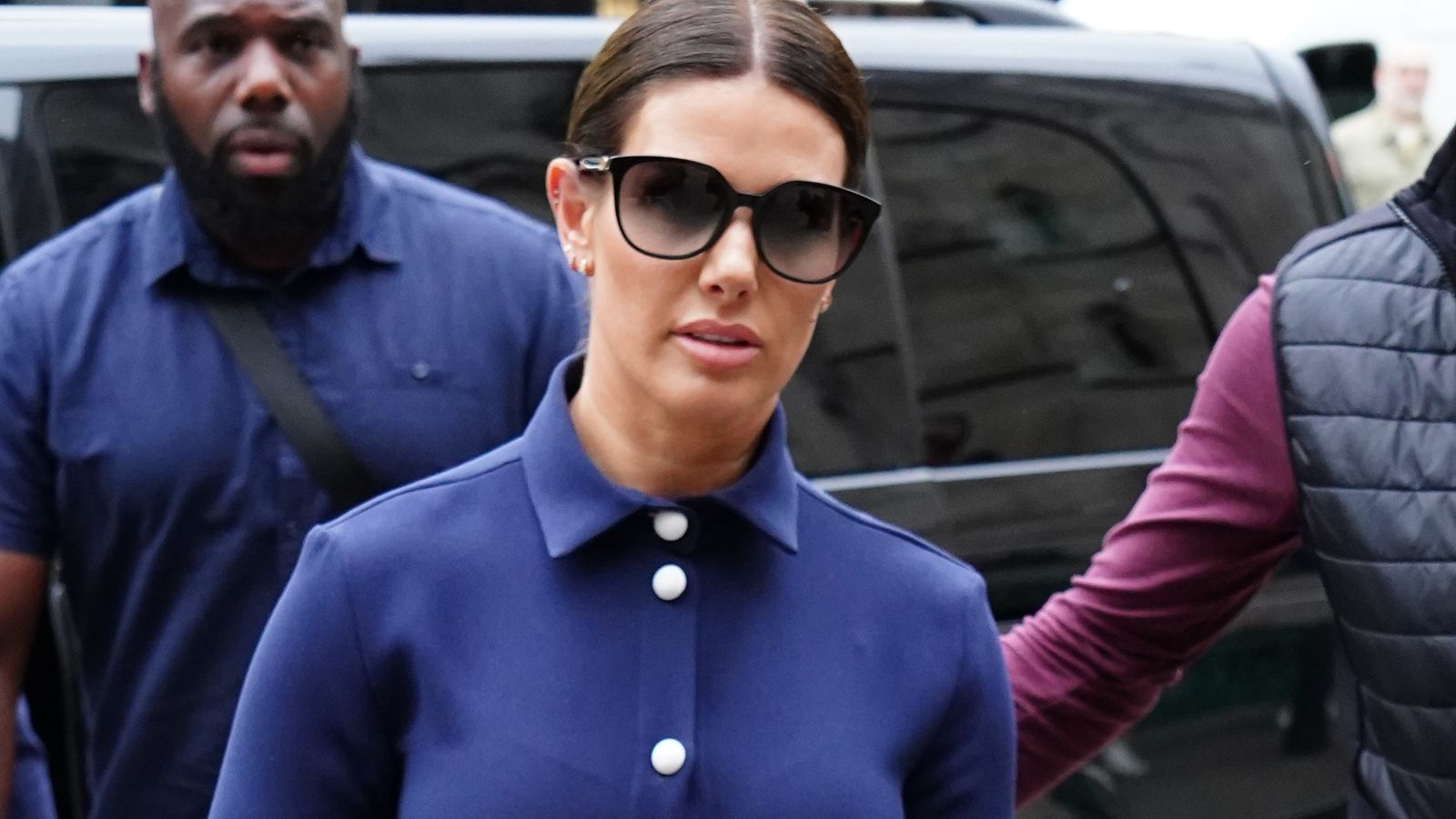 Rebekah Vardy has suffered “immense distress” as a result of Coleen Rooney’s now infamous “Wagatha Christie” allegations and “had no choice” but to take her to court “to establish her innocence and vindicate her reputation”, the High Court has been told.

Vardy is suing Rooney after being publicly accused of leaking “false stories” to the media in 2019, and after several months of preliminary hearings the libel trial got under way on Tuesday morning.

The wife of former England star Wayne Rooney was dubbed “Wagatha Christie” after publicly claiming Vardy, who is married to Leicester City striker Jamie Vardy, shared three fake stories, which she posted on her personal Instagram account, with The Sun newspaper.

In written submissions to the court, Vardy’s barrister Hugh Tomlinson QC said that while the case has been trivialised as “Wag Wars” it has had a “very profound” impact on her life, leading to “high intensity abuse and vilification”.

However, in written submissions for Rooney, barrister David Sherborne said his client feels “absolutely confident” in the investigation she conducted to find the source of the leaks and that her “authentication was as thorough as many newsrooms”.

Rooney considers Vardy “fame hungry” and said her husband had to speak to Jamie Vardy about his wife when both footballers were in the England squad in the Euro 2016 tournament in France, due to Rebekah Vardy’s “excessive media activity”, the written statement says.

Under English defamation law, Rooney must prove her post was “substantially true”. The full trial is set to last seven days and follows months of preliminary hearings, with her husband Wayne among those listed to give evidence.

Details of some of the abusive messages sent to Vardy were included in her legal team’s written statement, with one saying: “I hope your baby gets put in a microwave.” Another called Vardy a “dirty rotten sl*g” and an “evil wicked rat face b*tch”, and described her children as “f****** gremlin kids”.

Vardy has “endured very high levels of continued public abuse and ridicule”, her legal team said in the written submissions. “While this case has been presented as trivial ‘Wag Wars’, it has had, and continues to have, a very profound impact on Mrs Vardy’s life.

“The allegation made against Mrs Vardy is plainly serious and has been circulated to extraordinary extent, leading to high intensity abuse and vilification… Mrs Vardy is entitled to very substantial award of damages to compensate her for the wrong that has been committed.”