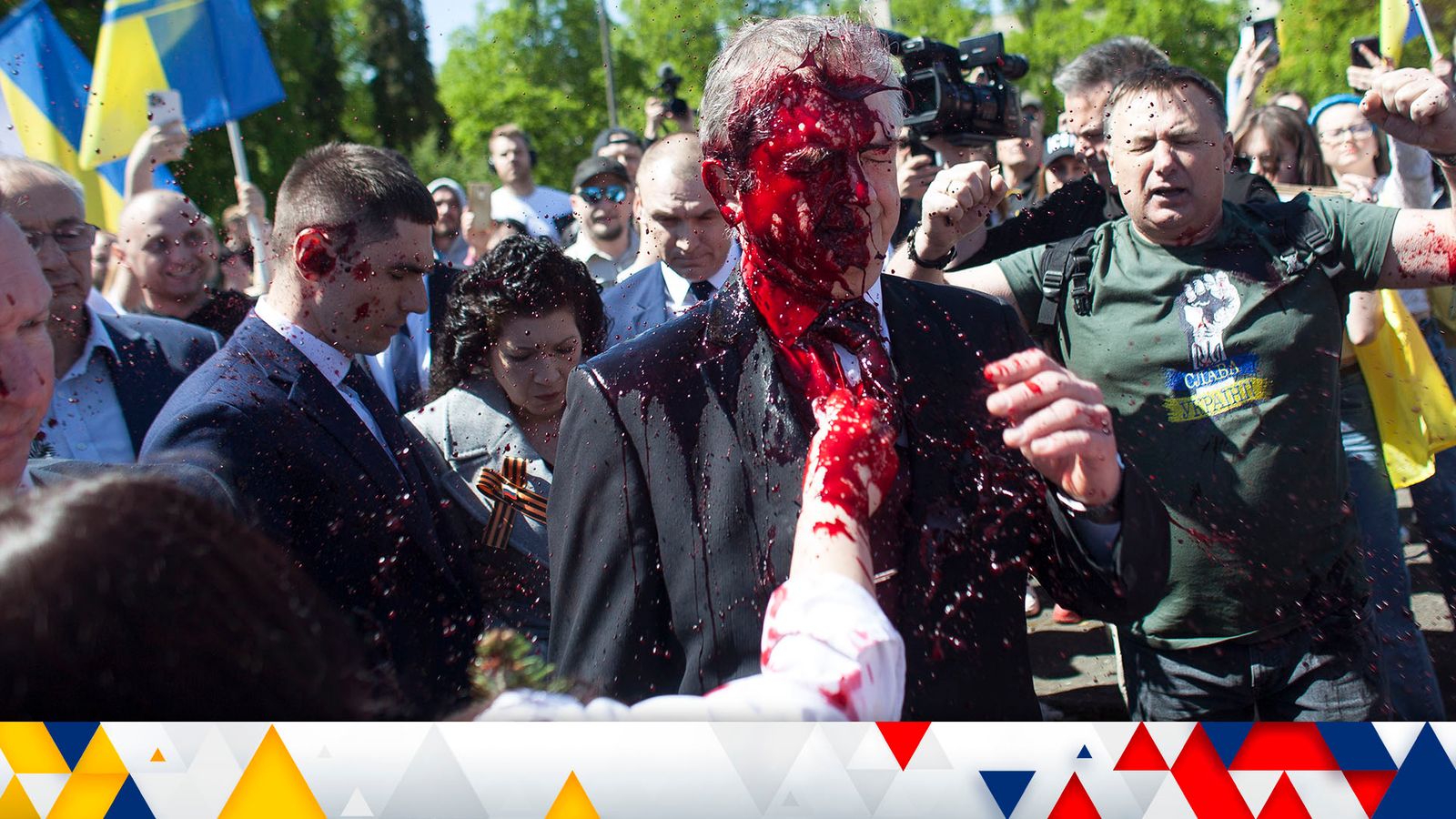 Russia’s ambassador to Poland had red paint thrown in his face by protesters opposed to the war in Ukraine.

Sergey Andreev’s face was covered with the substance as he arrived to pay his respects at a Warsaw cemetery to Red Army soldiers who died during the Second World War.

He had been due to lay flowers on Victory Day, a Russian holiday marking the defeat of Nazi Germany by the Allies, which was celebrated with pomp in a parade at Red Square in Moscow.

But his arrival at the Soviet Soldiers Cemetery in the Polish capital saw him met by hundreds of activists.

Video shows red paint being thrown from behind Mr Andreev before a protester standing beside him throws a big blob of it in his face.

The demonstrators prevented the ambassador and others from laying their flowers at the cemetery.

The protesters carried Ukrainian flags and chanted “fascist” and “murderer” at Mr Andreev, while some were dressed in white sheets smeared with blood, symbolising the Ukrainian victims of Russia’s war.

Other people in his entourage were also splattered with what appeared to be red paint.

Police arrived at the scene to help the ambassador and other members of his delegation leave the scene.

It came as protesters also marched in Warsaw to protest against the war, parking a tank on a tractor in front of the Russian embassy on Sunday evening.

Since the war began in February, images of Ukrainian tractors hauling off Russian tanks have been symbols of Ukrainian resistance.

The Soviet cemetery is the final resting place of more than 20,000 Red Army soldiers who died fighting while helping to defeat Nazi Germany.

While Poland has removed some monuments to the Red Army in the years after it ended Moscow-backed communist rule, it has allowed the cemetery to remain undisturbed.