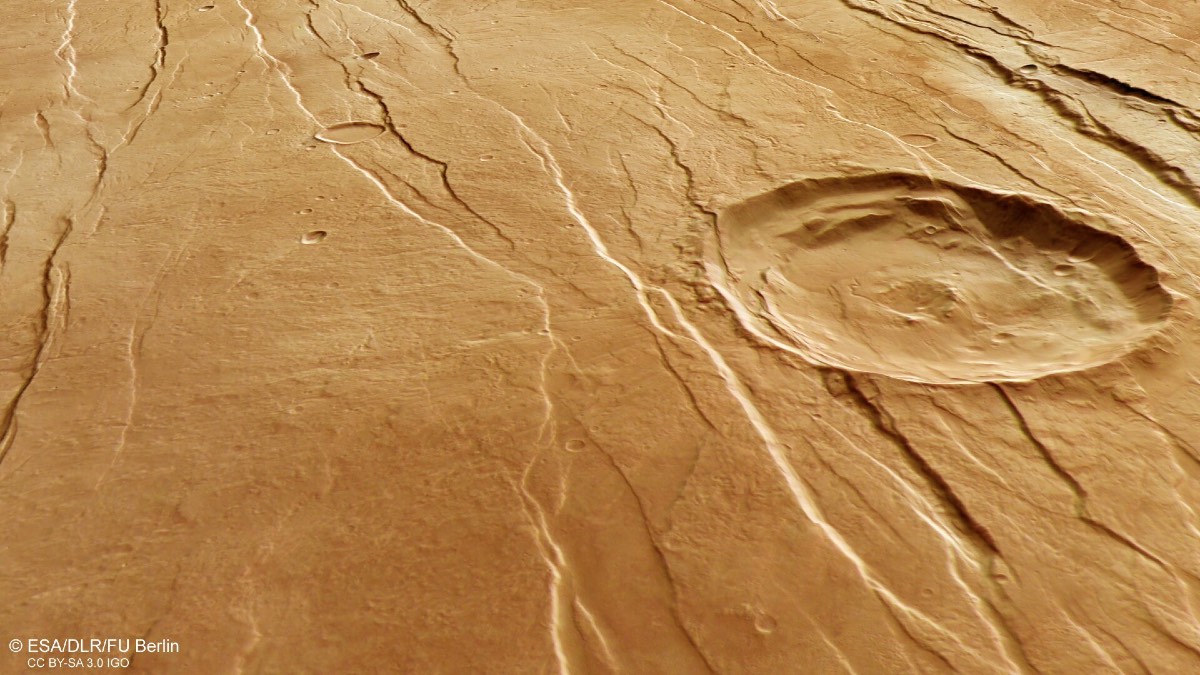 A unique characteristic of the geology of Mars has been revealed in breathtaking clarity in the latest release from the European Space Agency’s (ESA’s) Mars Express orbiter. The surface of the Red Planet appears to have enormous scratches across it. These marks, however, are part of the Tantalus Fossae, a massive fault system on Mars. Apart from the image’s detail, the size here is another important feature to notice: these troughs can be up to 350 metres (1,148 feet) deep, 10 kilometres wide, and continue for up to 1,000 kilometres. The image is ‘true colour’, meaning it depicts what humans would see if they looked at the area with their own eyes.

There are many mysteries on Mars and the endlessly working robots on the Red Planet’s surface are revealing new information every day. An ESA press release stated, “At first glance, these features look as if someone has raked their fingernails across the surface of the Red Planet, gouging out lengthy trenches as they did so.”

The press release adds that Tantalus Fossae — ‘fossae’ means hollow or depression — is a prominent feature on Mars. This depression lies along the eastern slope of Alba Mons, a massive low-relief Martian volcano. As the summit of Alba Mons rose in elevation, distorting, expanding, and shattering the surrounding surface, the fossae were produced.

The image was created using the colour channels of the High-Resolution Stereo Camera on ESA’s Mars Express and a digital terrain model of Mars, but it provides an amazingly clear glimpse of the enormous area.

The Tantalus Fossae faults are an excellent example of a surface feature known as a graben — each trench was formed when two parallel faults broke up, allowing the rock between them to slip down into the ensuing void. Numerous grabens may be seen in this Mars Express image. These are assumed to have formed one after the other, giving scientists the opportunity to piece together a timeline and picture of what created this stunning environment.

Since 2003, the Mars Express has been orbiting the Red Planet, imaging its surface, mapping its minerals, determining the composition and circulation of its atmosphere, probing its crust, and investigating how numerous phenomena interact in the Martian environment.