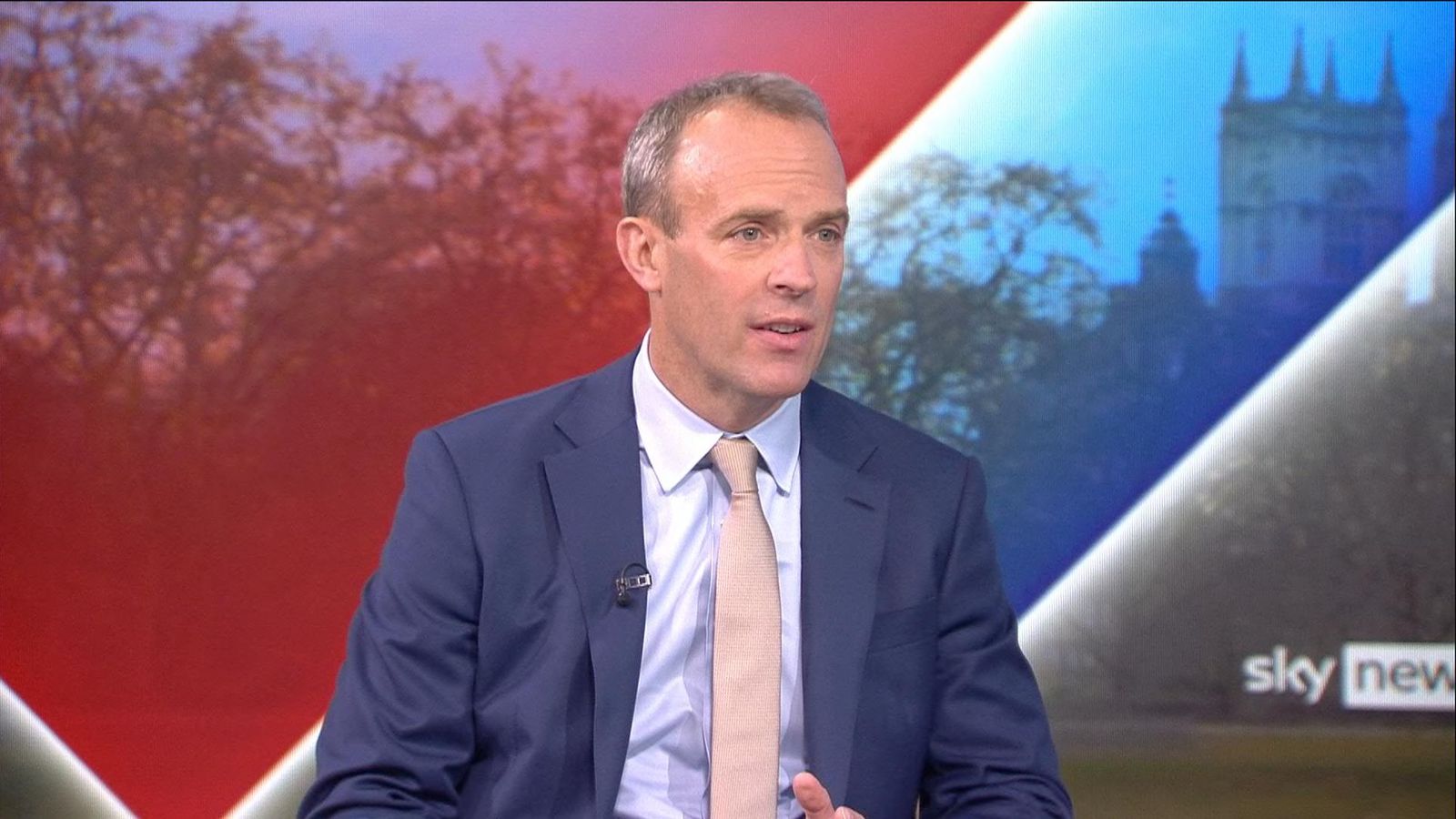 Fixing the Northern Ireland Protocol “cannot be put off”, the deputy prime minister has said amid fears that progress on power sharing will remain stalled after last Thursday’s elections.

Dominic Raab told Sky News’ Sophy Ridge on Sunday that stability was being “imperilled” by problems with the protocol, which governs Northern Ireland’s post-Brexit trading arrangements.

The deal ensured there would be no return to a hard border with the Republic of Ireland but creates an effective border in the Irish Sea between Northern Ireland and the rest of the UK.

Read more: What is the Northern Ireland Protocol and why does it matter?

An impasse over efforts to renegotiate the deal has been brought to a head by last Thursday’s assembly election results, which saw Sinn Fein become the biggest party for the first time.

The unionist DUP has said it will not take part in a power-sharing devolved government with Sinn Fein unless progress is made on the protocol.

Mr Raab told Sky News that the UK wanted to see “stability” created with a new executive being formed.

But he said that “stability is being put at risk – imperilled if you like – by the problems with the Northern Ireland Protocol, something that affects communities across the board”.

He added: “It’s clear the Northern Ireland Protocol must be fixed… and that cannot be put off.

“We won’t get the executive that the people of Northern Ireland need until it is dealt with.”

The protocol was a deal agreed by Boris Johnson’s government but in recent months the PM and other senior ministers have been vocal about wanting to renegotiate it – and have not ruled out Britain acting unilaterally to suspend it.

Mr Raab said: “If it had been implemented with… flexibility and good will and with the business interests of communities across Northern Ireland and it hadn’t been used frankly as a political device that it has, I don’t think we’d have the same level of problems.

“But the point of discussing that has passed. We must see it now fixed. The government is committed to fixing it.”

Mr Raab said this would be done “preferably by negotiations”.

But he added: “If not we’ll have to take the measures to make sure that the economic integrity of the trade between Northern Ireland and the rest of Great Britain and frankly the constiutional integrity of the United Kingdom is protected and preserved.

“It’s clear now: if anything the outcome in Northern Ireland from those elections makes it clear it cannot be put off.”

Pushed on a timeframe fo changes to the protocol needing to be implemented – and whether it would be weeks or months, Mr Raab said “no longer than that”.

He refused to say whether any such action would be taken in this week’s Queen’s Speech.

Ireland’s Europe minister Thomas Byrne has said “a decisive majority” of the members elected to Northern Ireland’s Stormont assembly want to make the protocol work and called on the UK to “engage in a renewed way with the European Union” on the issue.

Mr Raab also appeared to play down prospects of a referendum on unifiying Northern Ireland with the Republic of Ireland – after Sinn Fein called for preparations for such a vote to take place.

London estate agent Dexters swoops on rival Marsh & Parsons in £25m deal
See the chilling video Chinese protester made before her disappearance
Quick Charge Podcast: January 25, 2023
What is Scorpion, the now disbanded police unit at the centre of Tyre Nichols’ death?
What a 12-hour paramedic shift is really like