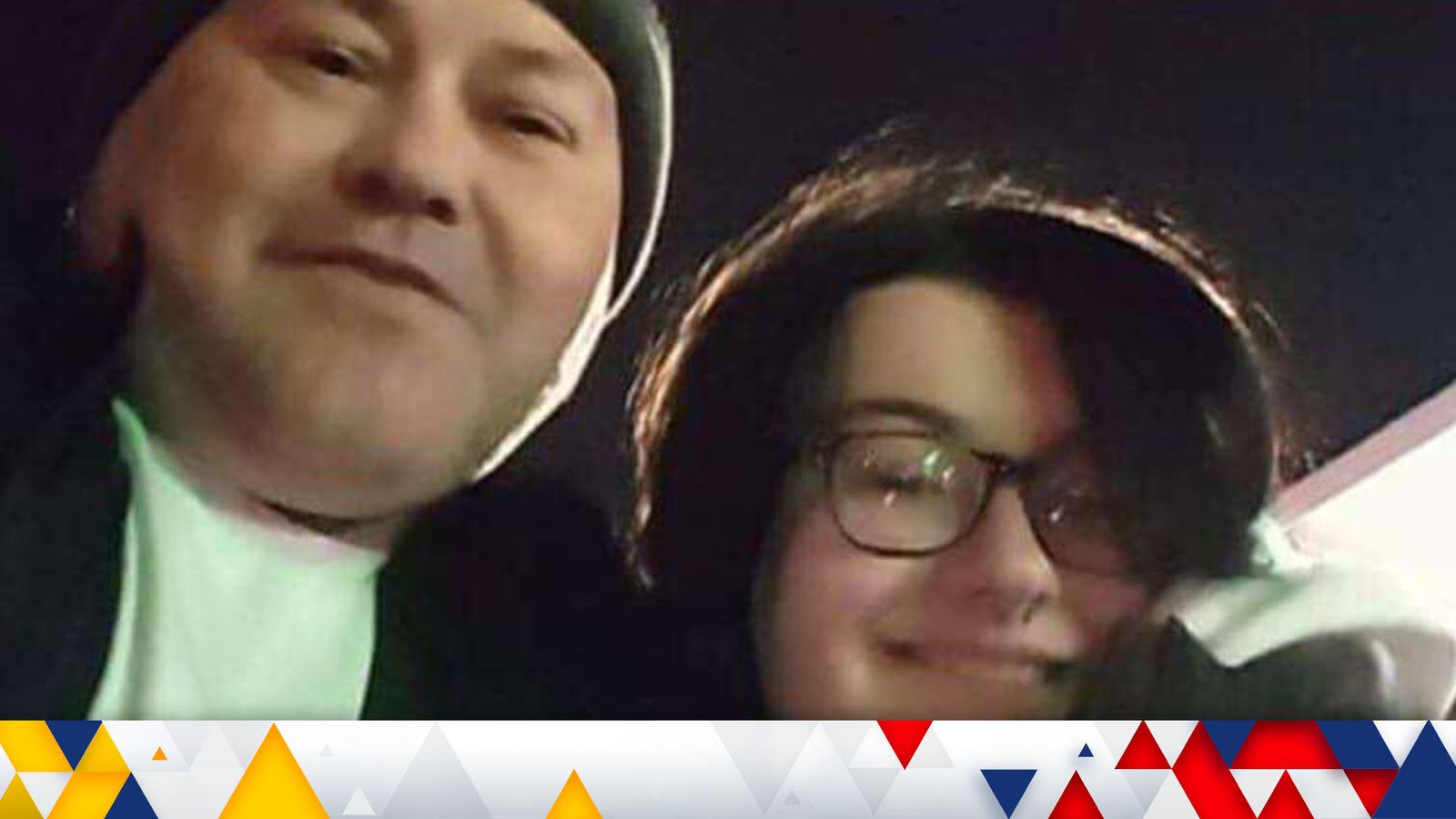 Daughters of a British aid worker captured in Ukraine have told Sky News they are “preparing for the worst”.

Speaking exclusively to Sky News, Courtney Coman, 17, and her sister Chelsea, 20, say they do not believe their father will be “coming home any time soon”, after being accused of being a “mercenary” by the Russian government.

Paul Urey, 45, was seized at a checkpoint outside the southeastern city of Zaporizhzhia on 25 April alongside Dylan Healy, 22, a fellow British volunteer.

The men were working independently of aid organisations and Mr Urey’s daughters did not know that he was in Ukraine until they learnt of his capture.

“We’re just about coping for now. We really don’t know anything, like if he’ll be okay there, if he’s coming home or going back to Ukraine as a prisoner swap,” says Courtney.

“We just don’t know, so we’re preparing for the worst.

“But hoping for the best,” her sister adds.

“It might seem selfish for other people but I do feel a bit like ‘why have you gone and done this?'”, says Chelsea.

Courtney believes their father did not tell them where he was going because “we would have told him not to go, and then he would have had to have listened and not gone.”

The last messages, exchanged between Courtney and her father via WhatsApp, were about phone top-ups and her getting a tattoo.

The messaging service shows the last time Mr Urey’s phone logged into the application was on the morning of 25 April, the day he was captured.

The girls have had no messages since then.

“It’s the feeling of being helpless, there is nothing you can do,” says Courtney. “We are his children and we are struggling to get any information.”

Since Mr Urey’s capture, a video of him has been broadcast on Russian television.

In it, Mr Urey, who is wearing handcuffs, says he travelled to Ukraine because he did not believe the British media’s portrayal of the Russia invasion.

But his daughters told Sky News they believe their father was under duress to make these statements.

“He’d never say anything against his own country, never,” says Chelsea.

“The video was not something we wanted to see, but at the same time we’re glad we have because we know he’s ok, that’s he alive.”

The UK government’s Foreign and Commonwealth Office has said it is still trying to find out information about Mr Urey and Mr Healy’s detentions.