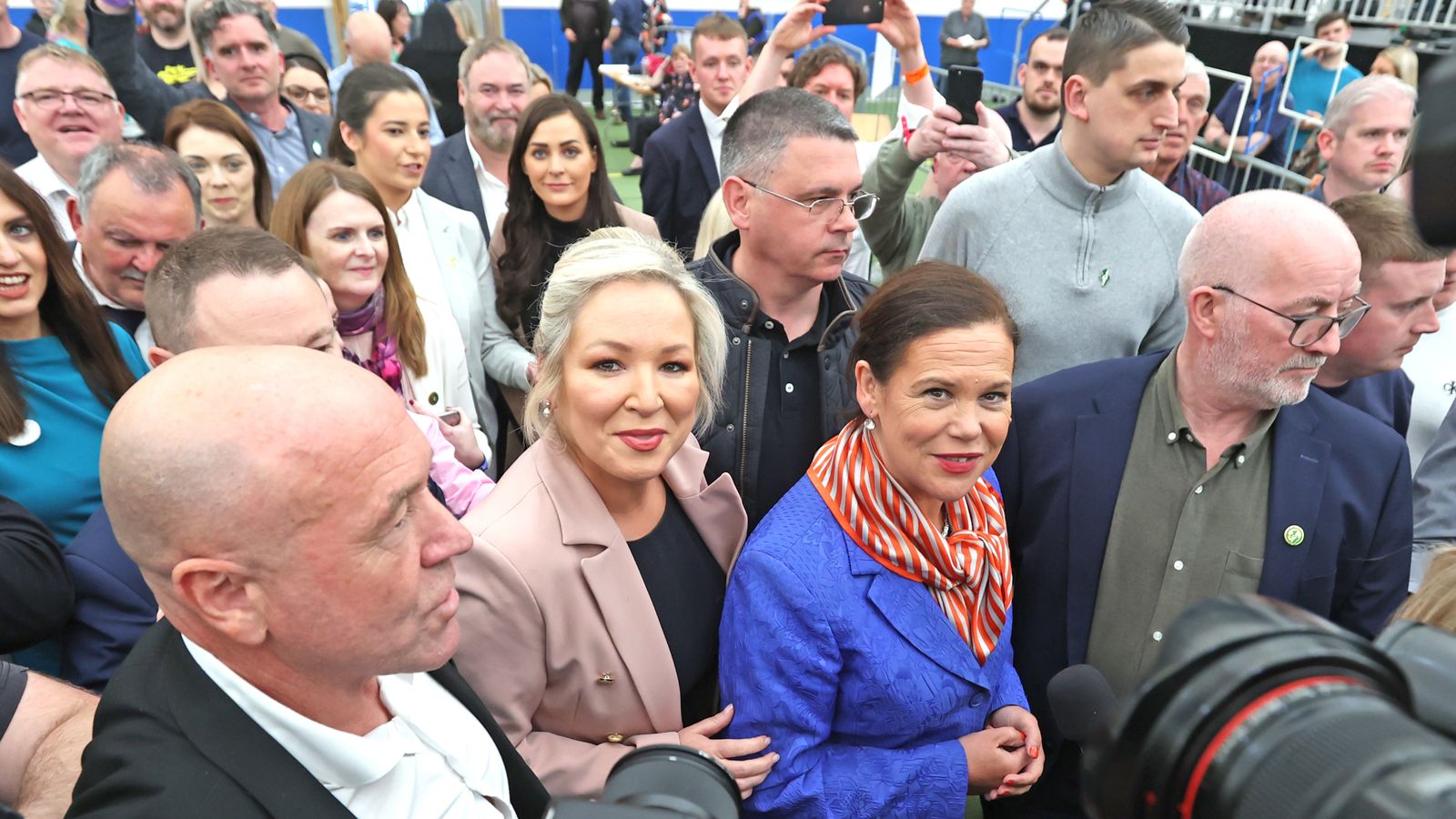 Sinn Fein is to become the first nationalist party to take control of the Northern Ireland Assembly in its 101-year history.

The party has 27 seats, pushing the Democratic Unionist Party (DUP), which has 24 into second place.

The most seats the DUP can return with is 25 and Michelle O’Neill is now set to become the country’s first nationalist first minister.

Voters flocked to the polls to elect 90 new members of the Legislative Assembly, with Sinn Fein winning a lion’s share of the seats.

The DUP lost support among unionists over its response to Brexit and trading arrangements concerning Northern Ireland and this caused a split of votes between the country’s three unionist parties.

Stormont is reliant on power-sharing between the nationalist parties (those who want Irish unity) and the unionists (those who want Northern Ireland to remain part of the UK) and the DUP has previously indicated it could boycott the government, rather than see a nationalist first minister.

Previously the largest party in Stormont, the DUP resigned from the first minister role in February in protest at the Northern Ireland Protocol.

Because of the power-sharing rules, the move forced Ms O’Neill to also step down.

Speaking at an election count centre in Jordanstown on Friday, Mr Paisley said: “I think the elephant in the room is the protocol.

Read more:
What is power-sharing in Northern Ireland?

“Until we get this matter fixed we can have whatever election we want but there is not going to be a government until we get that protocol issue resolved.

“Hopefully today will be a focus for the government that they have to now resolve this, not just for unionists but for everyone. The protocol hurts us all.”

Peter Kay in tears as he gets standing ovation at start of comeback gig
Cramer talks about some hot industrial stocks, and how we’re playing Wall Street’s pivot from tech
Russian oil cap will work, EU ministers insist, despite Kremlin opposition and broad skepticism
795 goals and counting: The Alex Ovechkin chase to 800 tracker
FTX spokesman Kevin O’Leary says he lost his $15 million payday from crypto firm