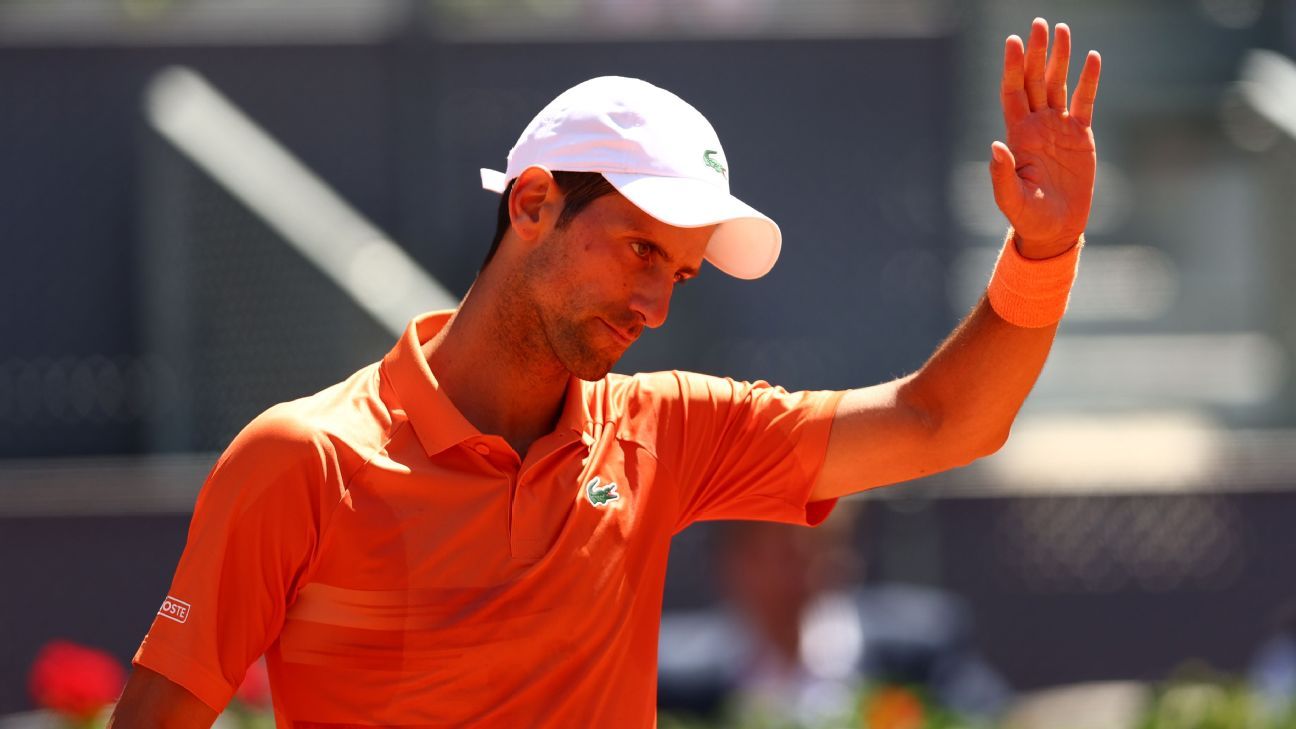 MADRID — Novak Djokovic eased to a 6-3, 6-4 win over Hubert Hurkacz on Friday as he advanced to the semifinals of the Madrid Open where he faces a tough Spanish test.

Djokovic, a three-time champion in Madrid, had little trouble on the outdoor clay against Hurkacz, whose poor hitting ended any thoughts of a quarterfinal upset.

Rafael Nadal played Carlos Alcaraz later Friday on center court at the “Caja Mágica” with fans keen to see two generations of Spanish tennis face off. Nadal, who at 35 has won a record 21 Grand Slam titles, will meet the 19-year-old Alcaraz touted by many in Spain as his potential successor.

Nadal, who has won their previous two matches, said Alcaraz was favorite to win as he is in better shape. Nadal is returning from a six-week injury layoff and admitted that he couldn’t prepare properly for the tournament, with his focus on the French Open later this month.

Nadal had to save four match points in his three-set win over David Goffin in the third round.

Speaking in Spanish, the top-seeded Djokovic said he will be watching Nadal play Alcaraz.

“(I will be) more relaxed because I won today, but one thing is sure: tomorrow I will face a Spanish rival,” Djokovic said.

Djokovic took advantage of Hurkacz’s slow start and took a 3-0 lead after the Polish player ceded his first service game by hitting long.

Another spate of unforced errors cost Hurkacz a second-set break when he smacked a forehand long. Djokovic’s dominance was never in doubt and he won on his fourth match point.

Djokovic beat Gael Monfils in straight sets to start the tournament. He then had a walkover after Andy Murray withdrew before their match on Thursday.