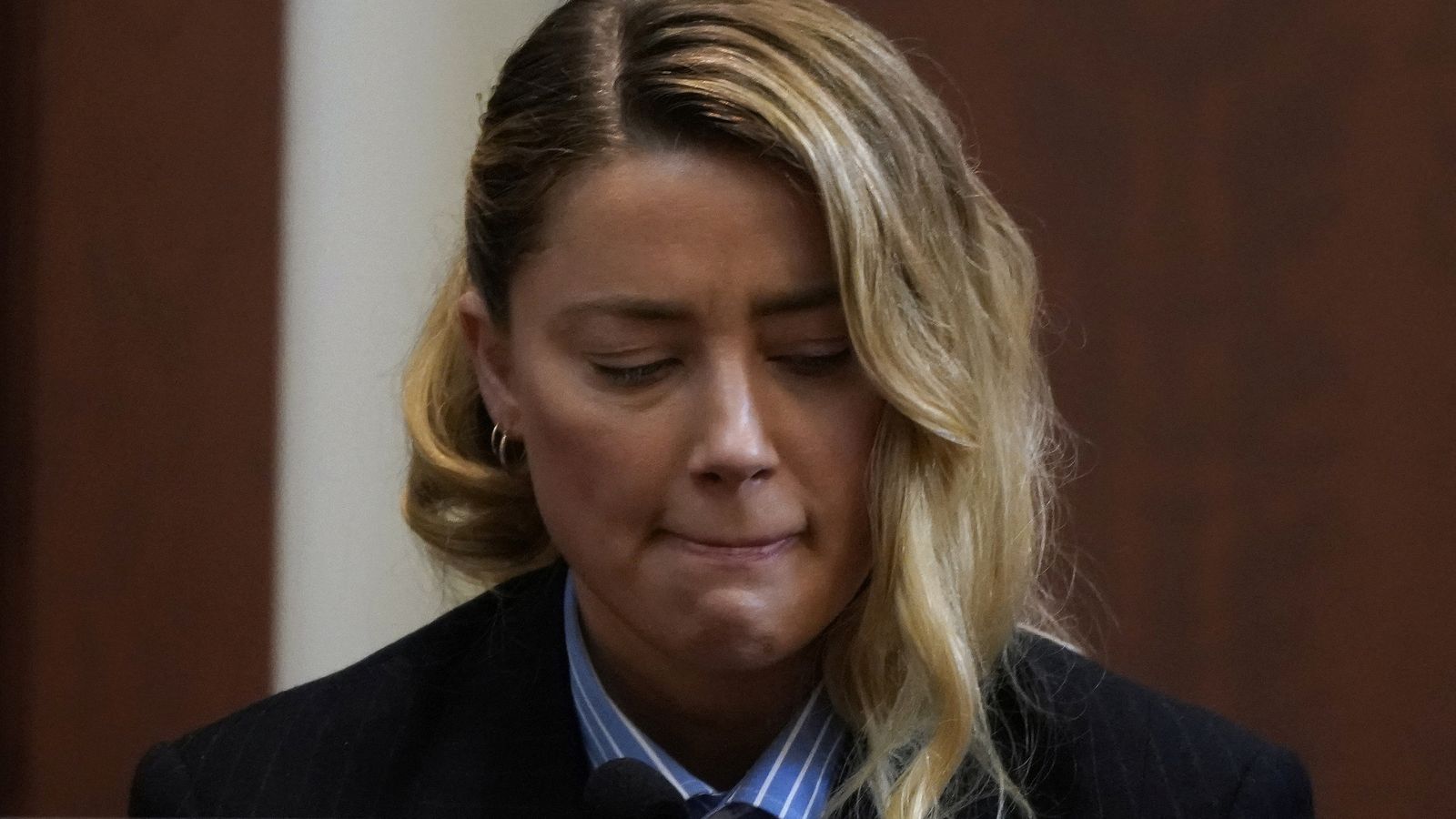 Actress Amber Heard has said the defamation trial against Johnny Depp is the “most painful and difficult thing I have ever gone through”.

Taking the stand for the first time, Heard said: “I struggle to find the words to describe how painful this is.”

“This is horrible for me. To sit here for weeks and relive everything… hear people that I knew – some well, some not – my ex-husband, speak about our lives in the way that they have,” she said.

She began by telling the court about her childhood, moving to Los Angeles, and meeting Depp.

Asked about The Rum Diary, the film during which she first met Depp, she said he told her “You’re it kid, you’re the dream” in reference to her role as the film’s love interest.

She said during the filming that professional boundaries began to get blurred and afterward they had a “whirlwind romance”.

However, Depp’s split from his then-girlfriend Vanessa Paradis was not public at the time, the actress said.

Depp pointed out that the “world would blame me”, she says, and think she was a “homewrecker, even though I had nothing to do with it”.

Referring to claims by Depp that she would not allow him to remove his own boots on returning home, she said “it obviously made an impression on him”, and she liked showing love towards the actor.

“But he could certainly take off his own boots if he wanted to,” she added.

Assaulted with a liquor bottle

It is the first time Heard has spoken during the multi-million dollar defamation trial, with both stars filing claims against each other following their short-lived marriage.

Depp’s final witness took the stand, and his legal team rested their case on Tuesday, the 13th day of the trial. He alleges that Heard libelled him when she claimed she was a victim of domestic abuse.

Heard’s first witness, a forensic psychologist, took the stand and told the court the actress was physically and sexually abused by Depp.

Her testimony became quite graphic at times and Heard looked visibly upset as the psychologist talked about the violence she allegedly suffered at the hands of her ex-husband.

Sexual assaults included being forced to perform oral sex and having Depp penetrate her with a liquor bottle, Dr Hughes told the court.

Her testimony contradicts that of a psychologist hired by Depp’s lawyers, who claim Heard faked her PTSD and suffered from borderline and histrionic personality disorders.

Dr Hughes said there is corroboration of many instances of abuse, including apologies made by Depp to Heard and admissions he made to friends in text messages.

‘Let’s drown her before we burn her’

Depp, 58, is suing Heard, 36, for $50m for defamation. She, in turn, is counter-suing him for $100m, saying the Pirates of the Caribbean actor smeared her by calling her a liar.

Over four days of testimony, Depp said that Heard was the abuser in the relationship and once threw a vodka bottle that severed his finger.

Read more:
Why are Depp and Heard in court?
Graphic texts and photos written in blood

“Let’s drown her before we burn her,” he allegedly said in one text message to actor Paul Bettany, adding “I will f**k her burnt corpse afterward to make sure she is dead.”

Millions flock to mark death of TikTok ‘bones, no bones’ star – Noodle the dog
Tesla (TSLA) gives $3,750 discount for Model 3/Y in the US this month
Peter Kay in tears as he gets standing ovation at start of comeback gig
Three most-streamed Christmas number ones of all time don’t actually mention Christmas
Giroud and Mbappe both break records as France reach World Cup quarters