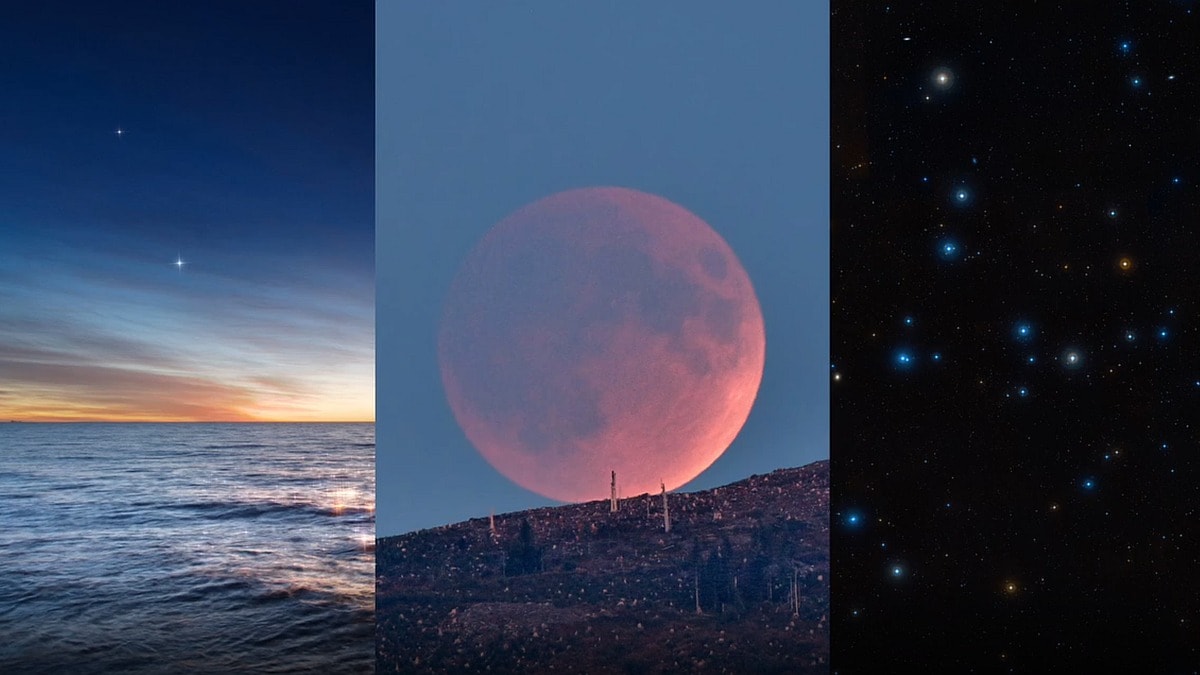 The May celestial calendar for looks exciting for skygazers. The month begins and ends with a couple of great planet-spotting opportunities and NASA has shared a full list of those events as part of its monthly, “What’s Up” series. The agency called on all moon gazers to mark their calendars for the month’s highlight: the next total lunar eclipse, which will be visible in the Western Hemisphere on March 15-16. Lunar eclipses are incredible celestial events when the Earth comes in between the Sun and the Moon. No binoculars are needed to watch this one and it’s safer to watch than solar eclipses, which need special equipment.

NASA has asked sky gazers to turn their sight to the western sky about 45 minutes after sunset on May 2. There, they could find Mercury about 10 degrees away from the horizon with a slim crescent moon by its side. But that’s not all. Turn a little south to the moon and there’s the red giant star Aldebaran, which would carry the same brightness as Mercury. The agency said that this would be the only chance to spot “a naked-eye planet” in the early evening until August.

In the last week of May, Jupiter and Mars get increasingly close in the predawn sky. This meeting culminated in close conjunction on May 28 through May 30. Both these planets will be separated only by the width of the full moon. Skygazers can use binoculars, where you can also see Jupiter’s largest moons.

The treat of the month will, however, be reserved for sky gazers in the western hemisphere. Those in the Americas, Europe, and Africa will be able to witness the brilliant lunar eclipse in mid-May. NASA said lunar eclipses are safe to look at directly with your eyes, binoculars, or a telescope, unlike solar eclipses. During a total lunar eclipse, the moon takes a dim, reddish hue during the totality phase.

And finally, there will be the Coma star cluster, which looks really nice when seen through a pair of binoculars. This cluster, about 300 light-years away, displays 40-50 stars and the brightest one of them forms a distinctive Y shape. It can be viewed south of the constellation Leo.