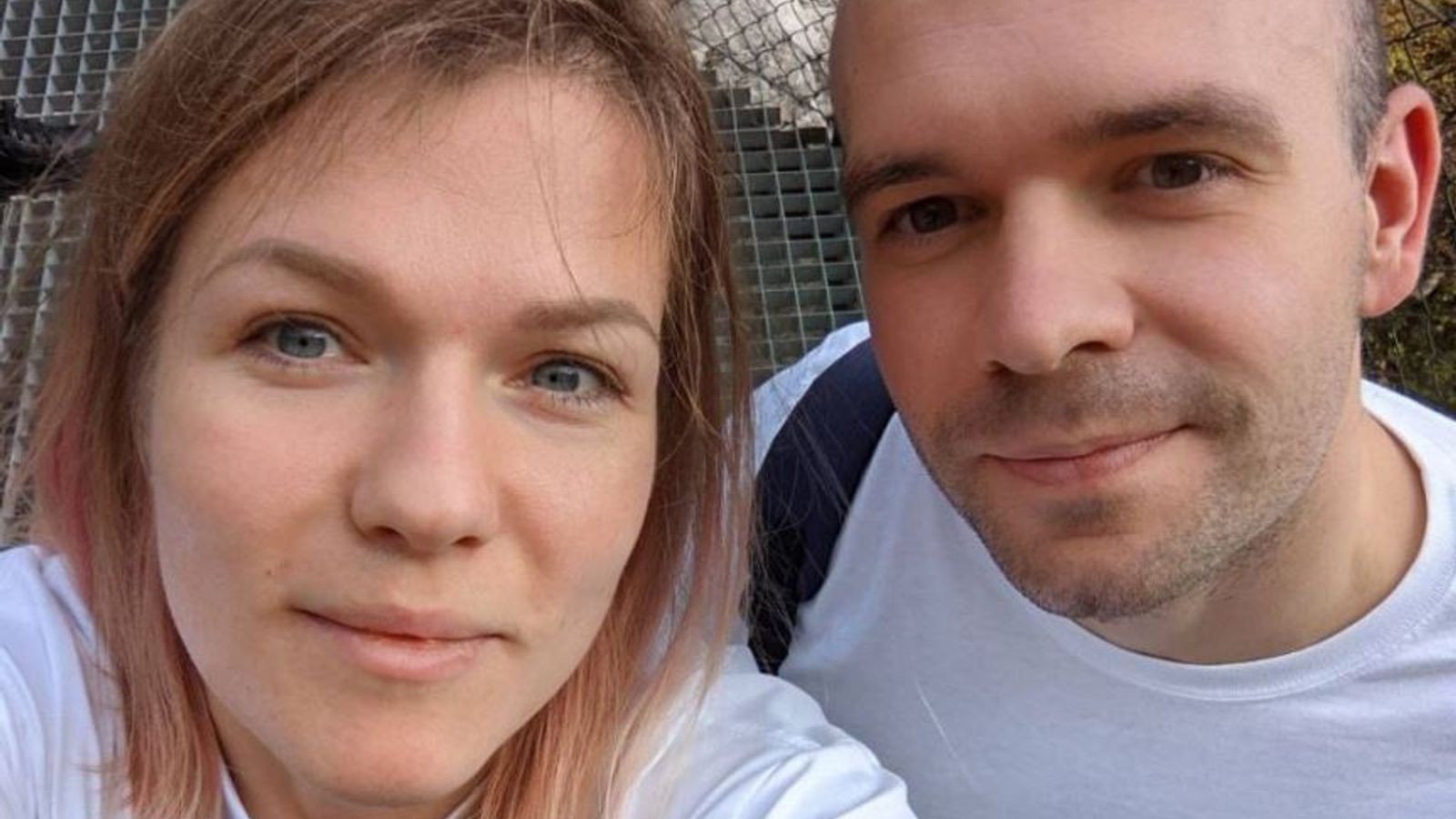 The last time Tetiana Popovych spoke to her son was on the first of March.

Vlad Popovych, 29, had been sheltering in the basement of a school in his village just outside Kyiv as Russian forces advanced.

“He told me, ‘Mum don’t come here. Something awful is starting. This is not like in the movies. This is a terrible war,'” Tetiana recalled.

The following day he tried to escape but was shot and wounded – and then vanished, leaving his family frantic with worry.

They are one of thousands of families torn apart by Russia’s war, with loved ones feared buried in the rubble of buildings, injured and unable to make contact or even forcibly moved by Russian soldiers to Russia, Belarus or occupied territory in eastern Ukraine.

Ukraine’s interior ministry said the police have received more than 7,000 reports of missing people since Russia’s invasion started. Only about half have been located.

Tetiana, 52, spends her days searching for her son, clinging to the hope her only child is still alive.

“It is the most difficult thing,” she said, speaking in the town of Bucha, where she lives with her mother. It is a mile away from the village of Blystavytsya where her son had been staying with his father – Tetiana’s ex-husband – and stepmother.

“If only I had some thread of information about what happened to him. I never thought that I would need to know whether my son is alive or dead,” she said.

Vlad tried to escape from his village with his stepmother Polina Chervakova, 47, in their minibus on 2 March, Tetiana explained.

As they reached a bridge, however, they came under fire from Russian soldiers.

The pair jumped out of their vehicle and tried to escape down a grassy path but Polina was shot in the jaw. She told Vlad she could keep going, but then he was shot in the leg. Polina turned to go back and help him but she was shot again through the shoulder.

She collapsed, unconscious. When Polina came round, Vlad was nowhere to be seen.

“She tried to search for him but it was dark… She was in shock,” Tetiana said.

Gravely wounded, Polina knocked on a nearby house. Russian soldiers were inside and told her to go away. She survived for several days in the freezing cold before finally making it back to the family home and her husband.

“She ate snow and drank water from a puddle [to survive],” Tetiana said.

By that point, Russian forces had taken control of the area.

Tetiana had been living in a different part of the country at the time so could not search for her son until the end of March when the Russian military were finally beaten back.

From that point, she has done nothing but look for Vlad, sticking up posters of him, with her mobile phone number, outside buildings and on fences in the local area.

She is sure he is alive. “I have no other consideration,” Tetiana said.

“I am thinking he is in captivity or has lost his memory. Maybe he is somewhere in a hospital because now we have a very big confusion with documents because the [Russian soldiers] destroyed all lists and notes of who was injured,” she said.

Another mother is enduring a similar agony.

Anna Kotlyarova, who lives in Kyiv, has not heard from her daughter, Inga Levko, and her daughter’s husband, Andrii Geleta, since an exchange of text messages on 4 March.

The couple had been renovating their new home in the village of Kolonschyna, just outside the capital, and had been living with a neighbour next door when Russian forces rampaged through the area.

The neighbour’s house was obliterated, while the couple’s home is still standing, but was temporarily taken over by Russian soldiers until they pulled back at the end of March.

“On 7 April when we first arrived here with the police and criminal investigators they did not find bodies,” Anna said, standing outside the couple’s home and by the ruins of the neighbour’s house. “They found only burnt phones and maybe some bones of animals.”

She too still hopes that her daughter and husband are alive.

“You know… I’m telling myself that she is. I want to believe in a miracle.”

Asked what she missed most about her daughter, Anna said: “We are inseparable parts of each other… We were on the same wavelength. I don’t know… It feels like losing half of yourself or even losing all of yourself.”

Anna will also never give up until she finds answers.

“I’m trying to keep being strong,” she said. “If something happens to me, nobody will be searching for them.”

Asteroid 2023 BU Just Passed a Few Thousand Kilometres From Earth. Here’s Why That’s Exciting
At least one dead and several injured in Spanish church ‘terror attack’ stabbing
24 star Annie Wersching dies at the age of 45
Chancellor’s ‘Britain needs you’ plea to the retired may be a tall order
Cost of living: Vulnerable people find every action has a ‘price tag’