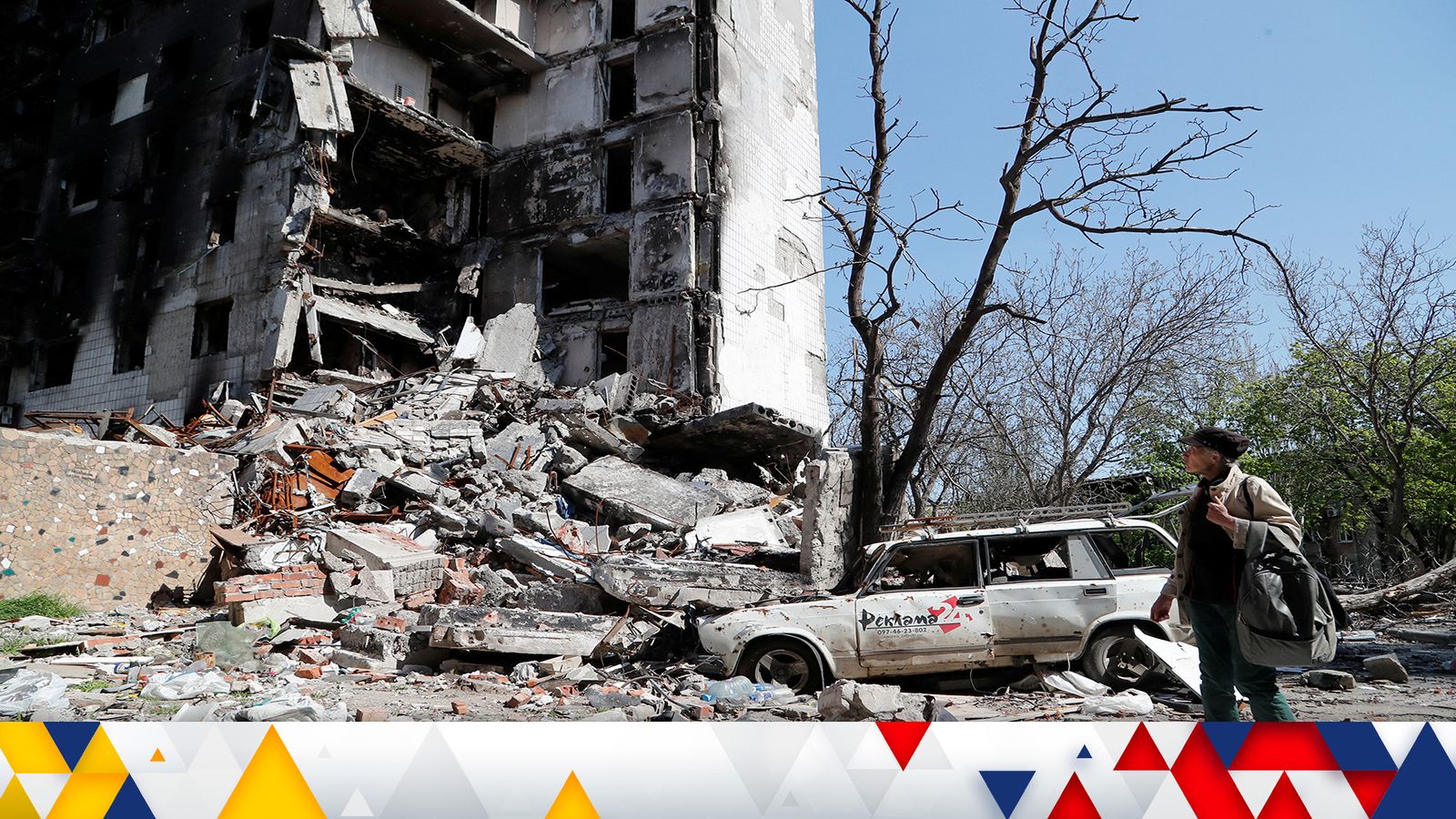 Russia is attempting to “empty” the Donbas of people and peace talks are in danger of collapsing, Ukraine’s president has claimed.

Speaking in his nightly address, Volodymyr Zelenskyy accused Moscow of carrying out “constant brutal bombardments” on buildings and residential areas of the eastern region of his country.

He compared the barrage of attacks as similar to the situation in Mariupol – a key port city that has been largely destroyed after being hit by almost daily strikes since the Russian invasion began in February.

Live updates from the war in Ukraine

“If the Russian invaders are able to realise their plans even partially, then they have enough artillery and aircraft to turn the entire Donbas into stones. As they did with Mariupol,” Mr Zelenskyy said.

He added that the southeastern city has been turned into a “Russian concentration camp among the ruins”.

Inside Mariupol, a battle has been taking place at the Azovstal steel plant, which has become the last stronghold in the area.

Ukrainian troops have successfully fought off Russian forces so far, but the Mayor of Mariupol, Vadym Boichenko, said the situation is dire and citizens are “begging to get saved”.

Russian troops turned their focus towards Ukraine’s east and south as they moved into the second phase of their invasion after failing to capture the capital city of Kyiv.

Ukraine has warned that while attacks continue, peace talks with Russia could collapse.

The two countries have not met for in-person talks since 29 March and the atmosphere has soured over Ukrainian allegations that Russian troops carried out atrocities as they withdrew from areas near Kyiv.

In comments to journalists in Poland, Mr Zelenskyy said: “The risks that talks will end are high because of what they (the Russians) have left behind them, the impression that they have a playbook on murdering people.”

But, Russia’s foreign minister has said the country is “in favour of continuing the negotiations, although they are difficult”.

“At present, the Russian and Ukrainian delegations are actually discussing on a daily basis via video-conferencing a
draft of a possible treaty,” Sergei Lavrov said in comments to China’s official Xinhua news agency published on the Russian foreign ministry’s website. 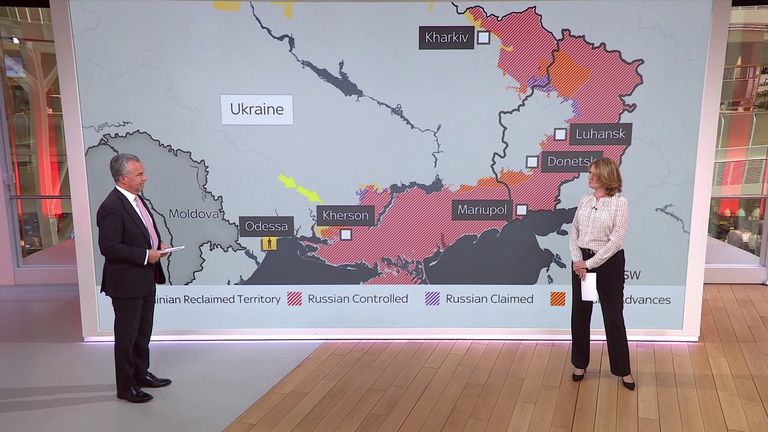 Can Russia be pushed from Ukraine?

Read more: The town staring down the barrel of Putin’s war machine as the fight for Donbas intensifies

“The talks’ agenda also includes, among others, the issues of denazificiation, the recognition of new geopolitical
realities, the lifting of sanctions, the status of the Russian language,” he added.

He also accused Western nations, including the UK, of sabotaging talks, saying Kyiv has changed its position following orders from the US and Britain.

Mr Lavrov continued to explain that more than one million people have been evacuated from Ukraine into Russia since the war began.

The 1.02 million includes 120,000 foreigners and people evacuated from Russian-backed breakaway regions of Ukraine.

However, Ukraine has claimed that Moscow has forcefully deported thousands of people to Russia and efforts to evacuate civilians from besieged areas have repeatedly failed.

US accuses Russia of ‘depravity in innocent people’

Meanwhile, the US has said Russia’s President Vladimir Putin’s invasion of Ukraine is “brutality of the coldest sort”.

Speaking to reporters, Pentagon spokesman John Kirby condemned the Kremlin leader’s actions in Ukraine and said it was “hard to look at” what Mr Putin was doing to the country.

He said: “I don’t think we fully appreciated the degree to which he would visit that kind of violence and cruelty and as I said depravity, on innocent people, on non-combatants, on civilians, with such utter disregard for the lives he was taking.”

Mr Kirby appeared to get emotional as he spoke of the scenes emerging from Ukraine, saying: “It’s difficult to look at some of the images and imagine that any well-thinking, serious mature leader would do that. I can’t talk to his psychology, but I think we can all speak to his depravity.”

He also said it was “not entirely clear how truthful the information was” that the Russian leader was getting but there were “indications that he wasn’t necessarily getting an accurate picture”.