All women in parliament have been subjected to “wandering hands”, a female cabinet minister has said as she told male MPs “to keep your hands in your pockets”.

International Trade Secretary Anne-Marie Trevelyan made her comments to Sky News, amid renewed accusations of misogyny and sexual misconduct in parliament, including claims a Tory MP watched pornography in the Commons chamber. 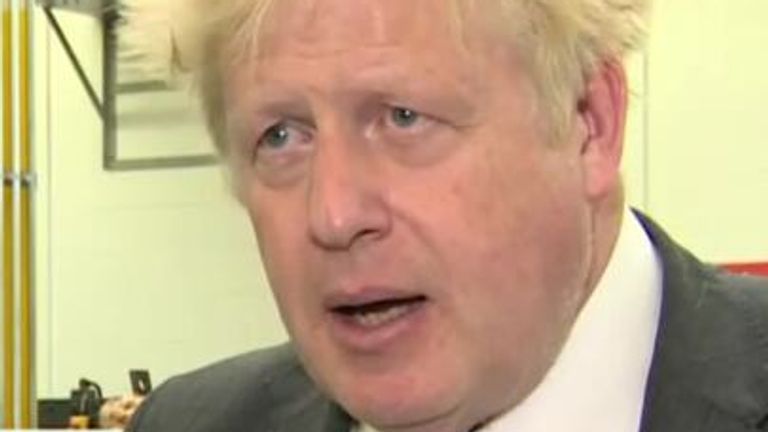 “I think all of us as women in parliament have been subjected to inappropriate language, to you know, wandering hands as my granny used to call it. It doesn’t change,” she said.

“The vast majority of the men I work with are delightful, they are committed parliamentarians, they are passionate about the causes they fight.

“But there are a few, for whom, too much drink or indeed a sort of a view that somehow being elected makes them, you know, God’s gift to women, that they can suddenly please themselves.

“That is never OK, that kind of behaviour, disrespect for women.”

She added: “Fundamentally, if you’re a bloke, keep your hands in your pockets and behave as you would if you had your daughter in the room.”

She went on: “I’m very comfortable calling out anybody who thinks that their wandering hands are OK. And I have done it a number of times over the years.”

Chris Heaton-Harris, the Tory chief whip, has ordered an investigation into the pornography allegations.

The allegations came in the wake of reports suggesting 56 MPs, including three cabinet ministers, are facing claims of sexual misconduct that have been referred to an official complaints service.

Meanwhile, a Mail on Sunday report citing anonymous Tory MPs – who claimed that Labour’s deputy leader Angela Rayner deliberately crossed and uncrossed her legs to distract Boris Johnson in the Commons – has sparked criticism across the political spectrum.

Ukraine War: No decision from Germany on sending tanks to Ukraine
House Republicans pass bill to limit drawdowns on Strategic Petroleum Reserve
Man dies after being crushed by telescopic urinal in London’s West End
How to watch all the big films nominated for Oscars and BAFTAs
Blow to Putin as both Germany and US confirm they will send tanks to Ukraine