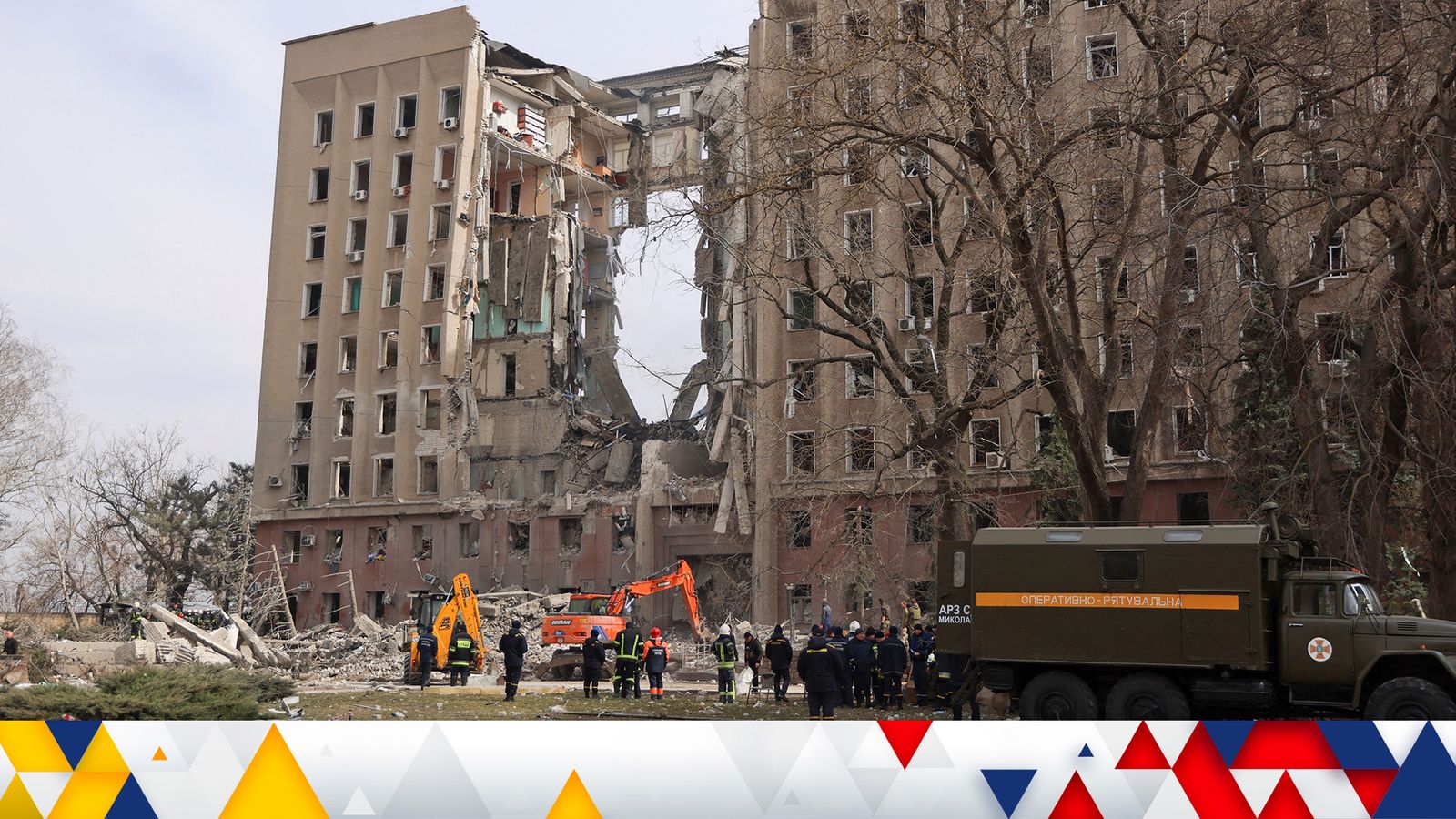 An injured British man wearing military fatigues has been captured by Russian forces in Ukraine and paraded on television.

Named as Andrew Hill, he was filmed with a bandaged left arm and a makeshift bandage around his head.

Sky News understands he is 35-years-old.

He was filmed while being questioned saying he had travelled to Ukraine of his own accord to help the country, Reuters reported.

Mr Hill signalled a connection with the International Legion, a unit set up by the Ukrainian government for foreigners who want to fight in support of the war effort.

Asked by his questioners about his rank, the British national said: “I don’t have a rank… I just know the foreign legion said I could help.”

Russia’s defence ministry said he had surrendered to Russian troops in the Mykolaiv region of southwestern Ukraine.

It is the same region where a second British man, Scott Sibley, 36, a former soldier, was killed a few days ago.

During filming, Mr Hill said he was from Plymouth and had four children and a partner.

Two other British men have also been detained by Russian forces in Ukraine.

Aiden Aslin, 28, and Shaun Pinner, 48, were captured earlier this month while defending the southeastern city of Mariupol.

On Thursday it was revealed a British army veteran had been killed and a second Briton missing after they were believed to have travelled to Ukraine to fight.

It is not clear on what day Scott Sibley, 36, was killed but it is thought to have been a few days ago in southern or eastern Ukraine.

Sky News has chosen not to name the missing man. The families of both British nationals have been informed about the situation and are being supported by the Foreign Office.

They are understood to have been seized at a checkpoint south of the city of Zaporizhzhia in southeastern Ukraine.