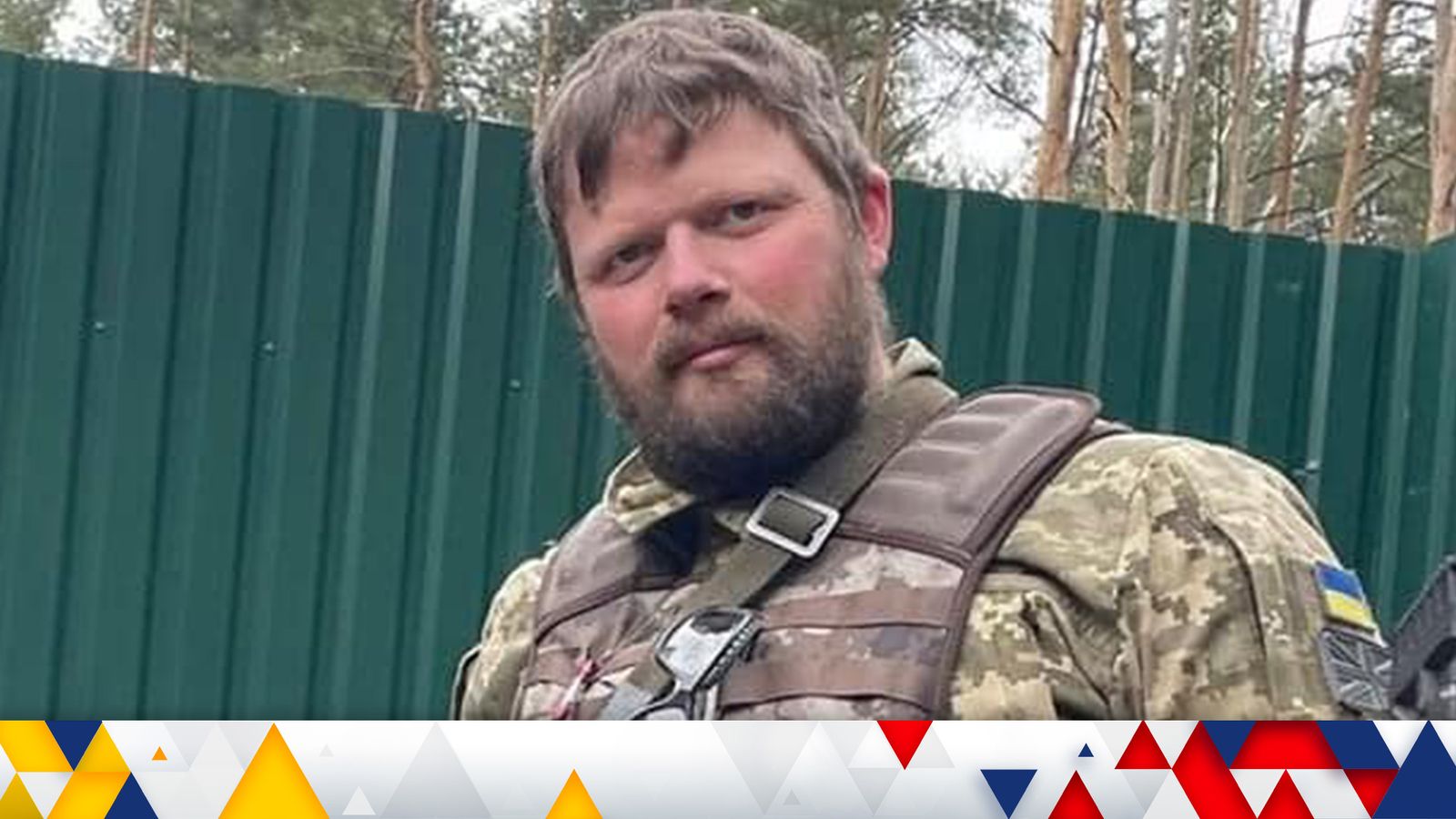 A British army veteran has been killed and a second British man is missing after they were believed to have travelled to Ukraine to fight against Russia’s forces.

Scott Sibley, 36, is the first British national confirmed to have died in the war.

A friend described him as the bravest person he knew. Another said he had a “wicked sense of humour”.

It is not clear on what day he was killed but it is thought to have been a few days ago in southern or eastern Ukraine.

It has also not been confirmed why they were in Ukraine. A spokesperson for the International Legion, which comprises foreign fighters in the country, declined to comment.

Sky News has chosen not to name the missing man. The families of both British nationals have been informed about the situation and are being supported by the Foreign Office.

The Foreign, Commonwealth and Development Office (FCDO) did not provide any details on what the men had been doing in Ukraine.

An FCDO spokesperson said: “We can confirm that a British national has been killed in Ukraine and are supporting their family.”

Mr Sibley used to serve in the Royal Logistics Corps.

His former unit paid tribute to him on its official Facebook page following the news of his death, saying he “showed Commando spirit until the end”.

A GoFundMe page set up to help cover funeral costs said that Mr Sibley was a father.

His friend, Craig, who created the page, wrote: “To me he was a friend like no other and the bravest person I’ve had the pleasure to have known, he was as good as a brother to me.

“His life may have been cut short but he lived to the full and did things the Sibs way, right until the end.”

One person commenting on the site, Damon Tyler, said: “Sibs, knew you back in basic and after, great fella and a really sound lad, had a wicked sense of fun and always with a smile.”

On the second British man, the FCDO spokesperson said: “We are aware of a British national who is missing in Ukraine and are supporting their family. We are urgently seeking further information.”

Fears have been raised about the safety of two other British nationals in Ukraine.

Presidium Network, a UK-based non-for-profit organisation, claimed that the two men, civilians, working as humanitarian relief volunteers, were captured on Monday by Russian forces at a checkpoint in the southeast of the country.

It is understood that the foreign office is urgently seeking more information following reports of British nationals being detained.

Ukraine said thousands of foreigners have decided to head to Ukraine to join the fight against Vladimir Putin’s forces, including British veterans.

At the beginning of the war, Ukraine’s government urged volunteers from across the world to come and help support its armed forces as they took on Russia’s invasion.

Read more: Ben Wallace backs Liz Truss and says Russia should be pushed out of ‘the whole of Ukraine’ – including Crimea

The advice from the UK government has been that people should not travel to Ukraine to fight, but they can support Ukraine in many other ways.

A number of individuals decided to go anyway and are in the country helping Ukraine’s military defence.

It comes over a week after two British fighters – Shaun Pinner and Aiden Aslin – were captured by Moscow’s forces.

The pair, who have been held in Ukraine, appeared on Russian state TV and asked to be swapped for Viktor Medvedchuk, a Ukrainian politician who is close to Mr Putin.

But asked by Sky News’ Kay Burley about the potential for such a swap, Northern Ireland Secretary Brandon Lewis said: “We’re actually going through the process of sanctioning people who are close to the Putin regime.

“We’re not going to be looking at how we can help Russia, we’re looking to actually ensure that the Putin regime is unsuccessful in this abhorrent invasion and we’ll continue to do everything we can to support the Ukrainian people and the Ukrainian president and government to defeat Putin.”

Millions flock to mark death of TikTok ‘bones, no bones’ star – Noodle the dog
‘Cause for concern’: Millions can’t afford to heat their homes as ‘dangerously cold’ weather arrives
Fans on who could win Wales v England
Sam Bankman-Fried lobbied for Taylor Swift deal as FTX bled cash and execs urged restraint
Sam Bankman-Fried could face years in prison over FTX’s $32 billion meltdown — if the U.S. ever gets around to arresting him