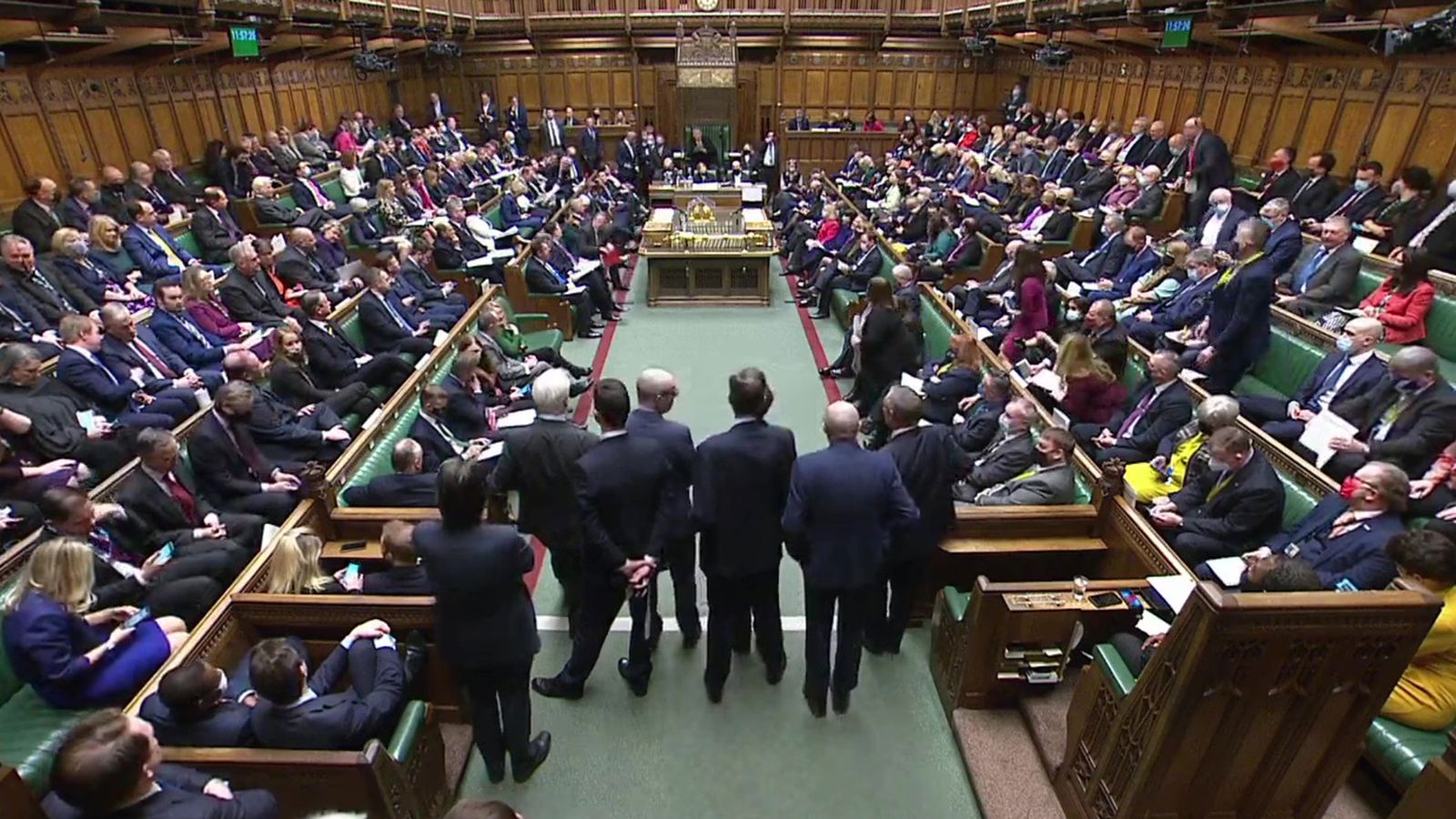 Health Secretary Sajid Javid has described sexist behaviour in Parliament as “shameful” and said “the culture of Westminster needs to change”.

Mr Javid made the comments on Twitter after an allegation surfaced that an unnamed Conservative MP was spotted watching pornography on his phone in the House of Commons.

He becomes the latest cabinet minister to speak out following the claims, after attorney general Suella Braverman suggested that if the allegations were proven the culprit could be suspended or even expelled from the House.

The allegations came in the wake of reports suggesting that dozens of MPs, including three cabinet ministers, are facing claims of sexual misconduct that have been referred to an official complaints service.

Meanwhile a Mail on Sunday report citing anonymous Tory MPs – who claimed that Labour’s deputy leader Angela Rayner deliberately crossed and uncrossed her legs to distract Boris Johnson in the Commons – has sparked criticism across the political spectrum.

Mr Javid wrote: “There have been several instances of inappropriate and sexist behaviour recently in Parliament. It is shameful.

“Parliamentarians are public servants and it is their duty to set an example of character and integrity.

“The culture of Westminster needs to change.”

Earlier, a Downing Street spokesperson said the culture in parliament was “not good enough” as “shocking incidents” are still being reported.

Chris Heaton-Harris, the Tory chief whip, has ordered an investigation into the pornography allegations.

The party’s whips office said on Wednesday that he “has asked that this matter be referred to the Independent Complaints and Grievance Scheme”, Westminster’s independent complaints service.

“Upon the conclusion of any ICGS investigation, the chief whip will take appropriate action,” a spokesman said.

Rachel Maclean, the safeguarding minister, told Sky News’s The Take with Sophy Ridge she wanted to see the MP in question removed from Westminster.

Suella Braverman, the attorney general, told Sky News on Thursday that the allegations could “potentially carry one of the most serious sanctions” if proven.

“There are many possible sanctions and they go up to suspension or even expulsion from the House of Commons,” she said.

It is believed the allegation was made during a meeting on Tuesday of the 2022, the female grouping of the 1922 committee of Tory backbench MPs.

One MP there said that Mr Heaton-Harris looked “horrified” and asked for the man’s identity.

Around 50 to 60 female Tory MPs are said to have been present at the meeting.

Ms Maclean, who was in attendance, told Sky News: “None of us could believe our ears… we were just all shocked and horrified.”

Defence secretary Ben Wallace was also among those calling for culture change and said there was “no place for pornography in any workplace”.

He told Sky News: “It is late sitting, long nights with bars, and that very often leads, and it has done for decades, to behavioural challenges.”

Sir Keir Starmer, the Labour leader, said the Conservative Party should “take action now” against the unnamed MP at the centre of the allegations.

“This is an unusual case because the Tory party knows who this individual is,” he said.

Over the weekend, the Sunday Times reported that 56 MPs face allegations of sexual misconduct that have been referred to the ICGS.

Boris Johnson agreed during Prime Minister’s Questions on Wednesday, when asked about the report, that sexual misconduct would be “grounds for dismissal” for ministers.

Paparazzi photo in Harry and Meghan trailer taken at premiere years before they met
Era of cheap supermarket fuel has ‘gone’ as chains battle rising costs
$360 million in his 30s!? Grading the record deal bringing Aaron Judge back to the Yankees
‘Cause for concern’: Millions can’t afford to heat their homes as ‘dangerously cold’ weather arrives
Jake Tapper: Trump focused on rewarding loyalists